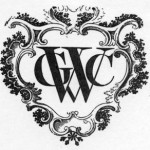 Colonial activity in the Western Hemisphere had a slightly different character than colonization of the East Indies. Here it was all about an armed struggle against the Spanish – attacking their land properties and ships, so commercial aspect was less important then military. Those goals were successively realized by Dutch West India Company (WIC), established in 1621 and to some extent modeled on the VOC. Its fleet significantly weakened the power of Spain. Fewer successes the company had in trade and establishing colonies.  The main field of its activity was infamous trade of African slaves. In years 1621 – 1730 WIC had a monopoly in this “business” and according to the company documents, the number of black slaves transported to America was 273 000. The whole number until 1829 was 609 000.

Territorial gains in both Americas were not very large and rather unstable. 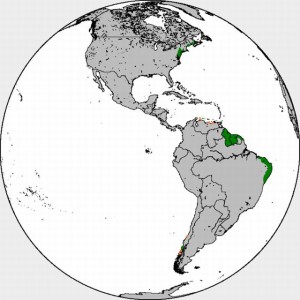 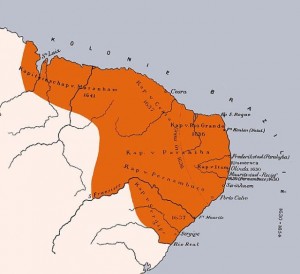 conquest of Brazil (then belonging to Portugal), gradually capturing the province of Bahia, then ports of (H)Olinda and Recife, what was followed by further territorial expansion. New territory occupied by WIC got name New Holland, but consolidation of the power in the hands of the Dutch encountered serious resistance of Portuguese colonists and metises. In their combat they used scorched-earth tactics (resulting in a drastic decline in sugar production), they also led guerrilla actions, supported by Portugal.
On the picture: New Holland, 1630-1654.

In New Holland WIC authorities committed the same mistakes as VOC in the East Indies. Expenses on military purposes and defense were insufficient, as well as wages, what led to corruption, fraud and loss of control over activities of the Dutch settlers.

Strict enforcement of the WIC monopoly on trade and denial of the right to self-government led to a conflict with the local merchants, which resulted in a national uprising against the Dutch in 1645. Finally the Netherlanders were subsequently losing their land. In 1661 United Provinces withdrew from New Holland, delling it to Portugal for 8 million guilders. 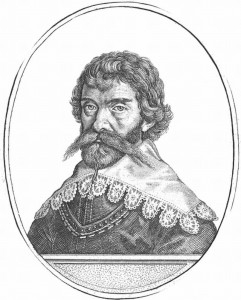 New Holland is bound with some Poles. An active participant in the conquest of Brazil was the captain, and then General Krzysztof Arciszewski, who made his career there, and occasionally served as Lieutenant Governor and Commander in Chief of Dutch troops. For a short time the Governor-General was General Zygmunt Szkop. On the picture: generaal Krzysztof Arciszewski.

In 1624 the Dutch settled at the mouth of the Hudson River, forming there a colony called New Netherlands 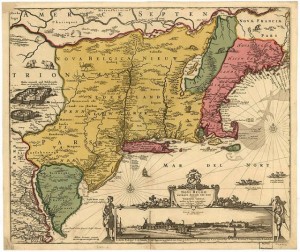 (it was the name of the ship on which they came to Northern America). They purchased from natives – for mirrors and beads worth of 60 guilders! – the Manhattan island. There the capital of the new colony was built, with the name of New Amsterdam. The place of the settlement was good, but WIC, traditionally skimping money on the military and weapons, could not deal successively with the growing competition of England (for most of the 17th century both countries were in a state of war). Following this, the New Netherlands were alternately lost and recovered, and finally in 1664 the United Provinces renounced them in favor of England. On the picture: Nieuw Nederland, kaart uit 1656.

Interesting fact:
Among the settlers of New Netherlands were also Poles, mainly Protestants. Some names are known: Albert Zaborowski, Daniel Liczko, Karol Kuracjusz. They had to be good settlers because the governor Peter Stuyvesant asked WIC authorities to send him more Poles. 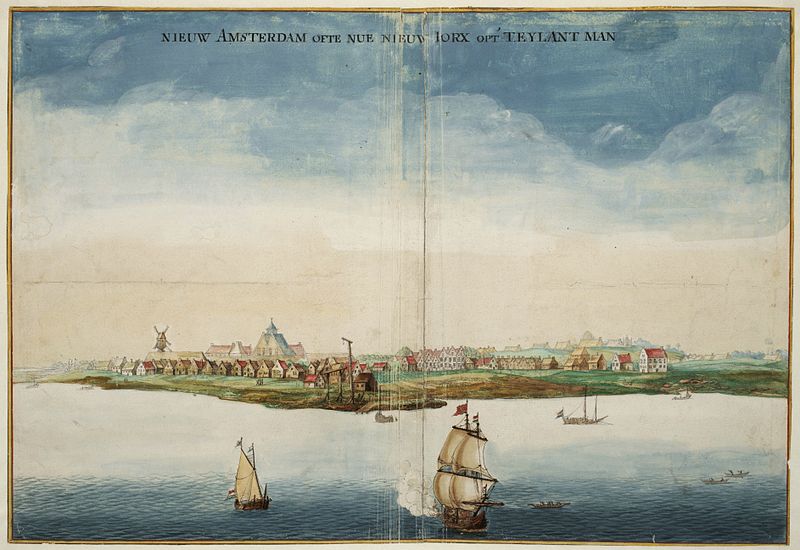 In Caribbean Sea area Dutch territorial gains proved the most durable. The purpose of the WIC conquest became Antilles Islands. In 1634 the Dutch seized Curacao, then the island of Aruba, Bonaire, St. Eustatius (1636), and in 1648 part of the island of Sint Maarten, which was shared with the French. Dutch Antilles served primarily as a transshipment port in the slave trade, but was also used for smuggling goods to Spanish and English colonies. In the period of Batavia Republic Antilles were temporarily controlled by England.

In the years 1828 – 1945 colonies in the Netherland Antilles operated under the name of the Dutch West Indies. The 19th century undermined their economic importance due to the prohibition of slavery, the competitiveness of sugar produced from sugar beet and decreasing demand for Dutch coffee. In the 20th century the connection with the metropolis gradually loosened what finally led to emancipation of some islands. The process was as follows: 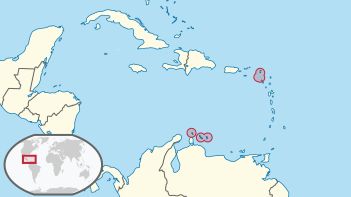 In other words: there are today 6 (better 5½, as St. Maarten is half Frence) “Dutch” islands. Three are countries under the Dutch “crown”, three are municipalities of the Netherlands. Read also structures.

Dutch Guiana (Suriname)
The Dutch arrived in Guiana in 1613, but as result of fights with the British and the French had to settle on a part of

the territory only – Dutch Guiana, granted to them in the peace treaty of 1667 (ending the II war with England). In 1814 the area gained the status of the colony. The main profit was achieved here from sugar (produced from sugar cane) and coffee. Production was based on the work of slaves imported from the eastern coast of Africa. Working conditions on the plantations were so heavy that many slaves fled into the jungle and from there led a guerrilla struggle against the white planters. Slavery was abolished only in 1862. 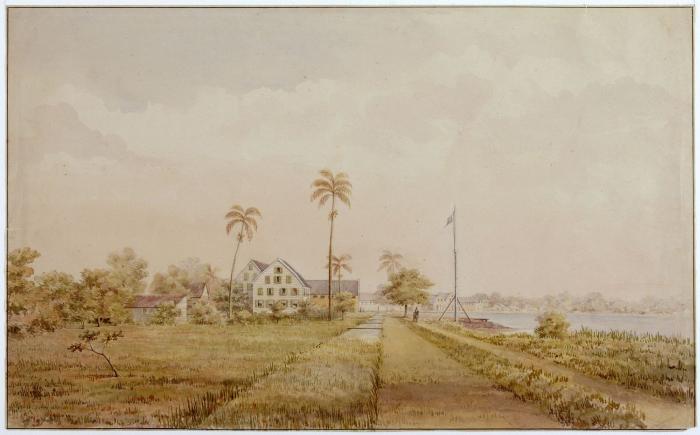 In 1954 Dutch Guiana became a fully-fledged part of the Netherlands, having status of autonomy and its own administration. On November 25, 1975 the country became independent, changing the name for Suriname, but its born inhabitants remained Dutch citizens. Following it approximately 1/3 of the population benefited from this, by immigrating to the Netherlands, which resulted in a deep economic crisis and the need of the help of the Dutch government. To this day the official language of Suriname is Dutch.