The Dutch, reticent by nature, are not specifically a dancing nation. Their character was, after all, formed by Calvinism, which is not conducive to frivolous entertainment. It is no wonder that the Dutch did not invent their own national dance, such as Polish mazurka and polonaise.

The most typical Dutch dances are folk dances, which is a result of the long term lack of a royal court and a majority of middle-class culture in which there was no space for popular native dances. What’s more, most dances are of Scottish or German origin. 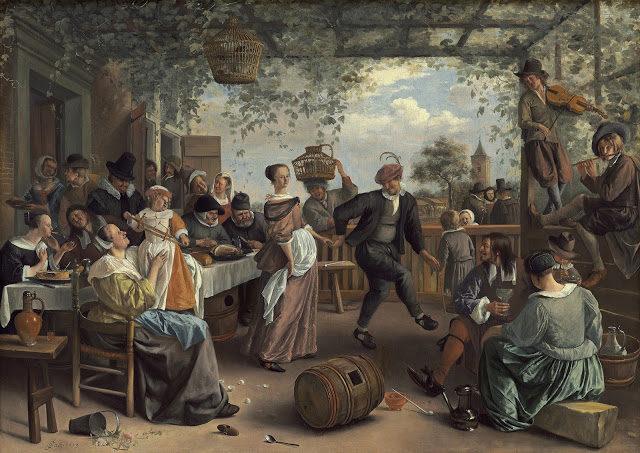 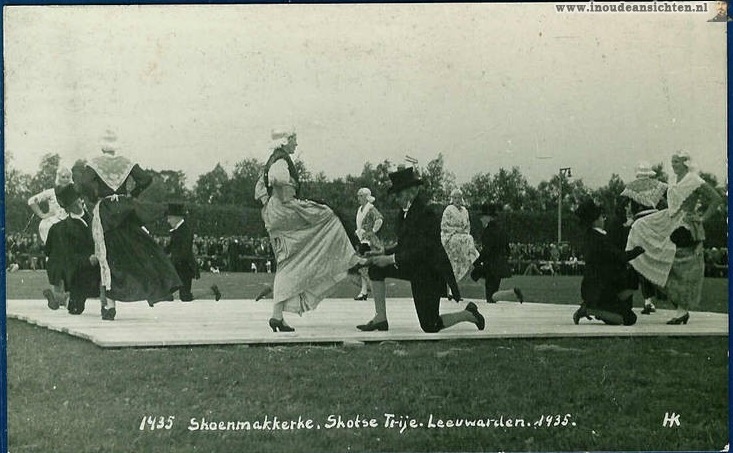 Also there are: the horlepiep 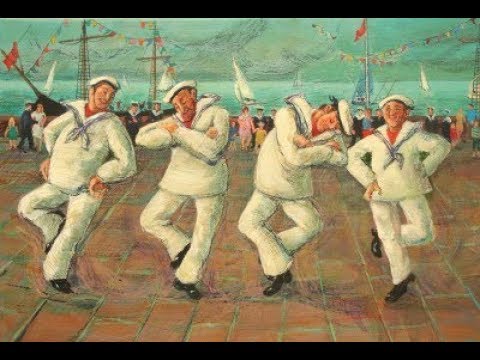 and the hakke toone (heels and toes). 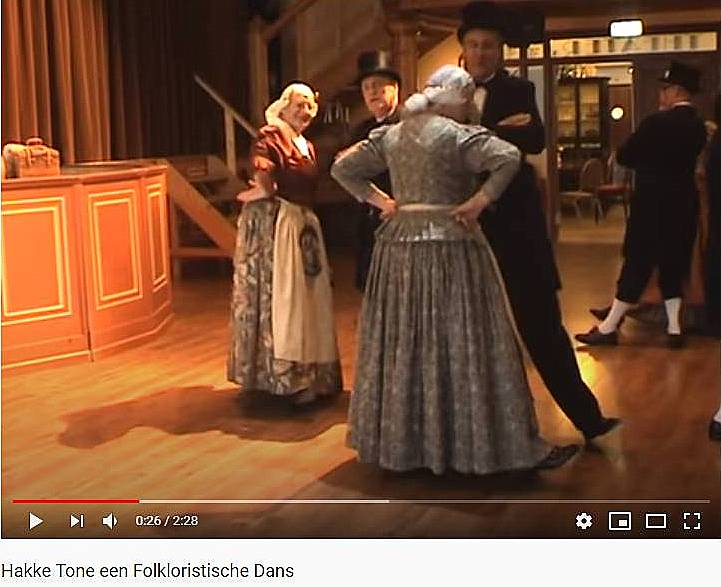 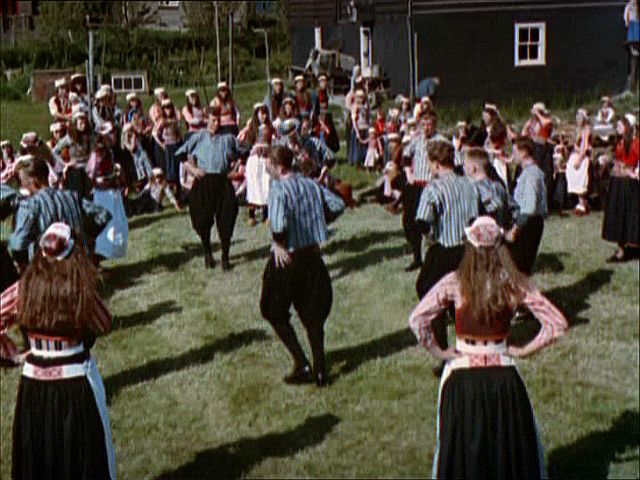 Dances of the German origin are popular in the east of the Netherlands, best known are: the Driekusman 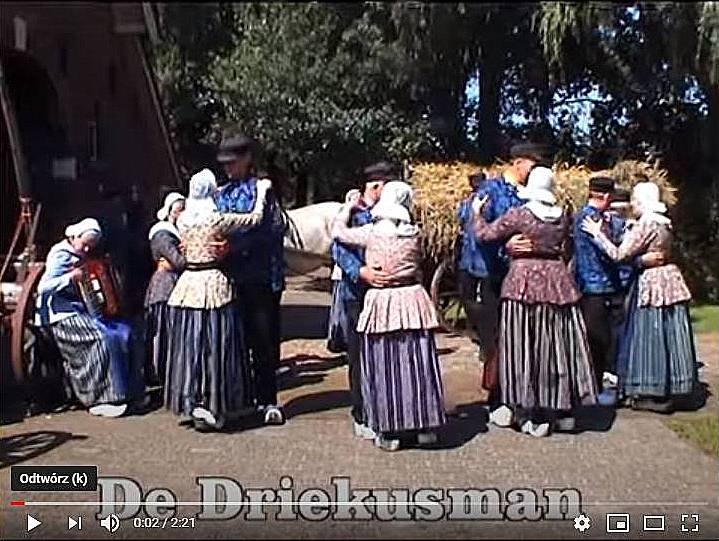 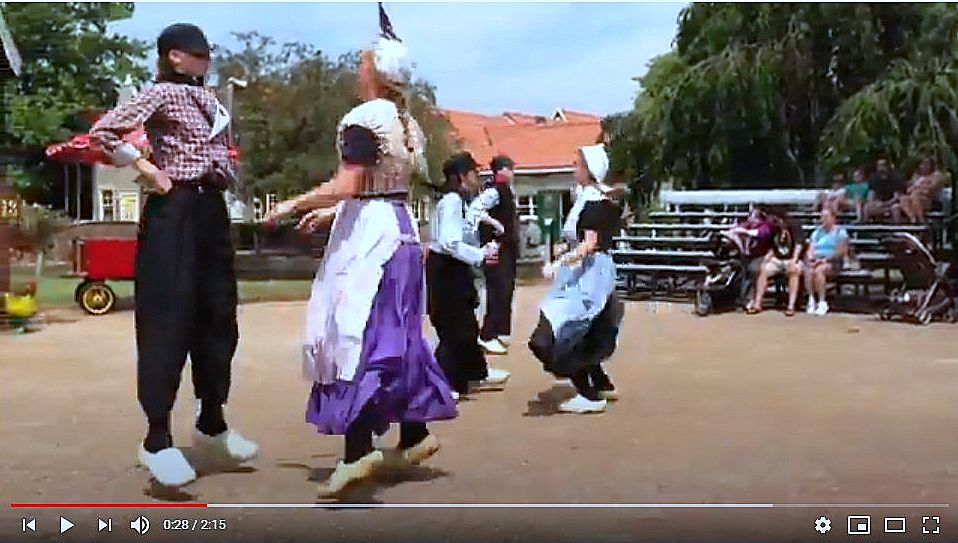 In the western provinces the Veleta 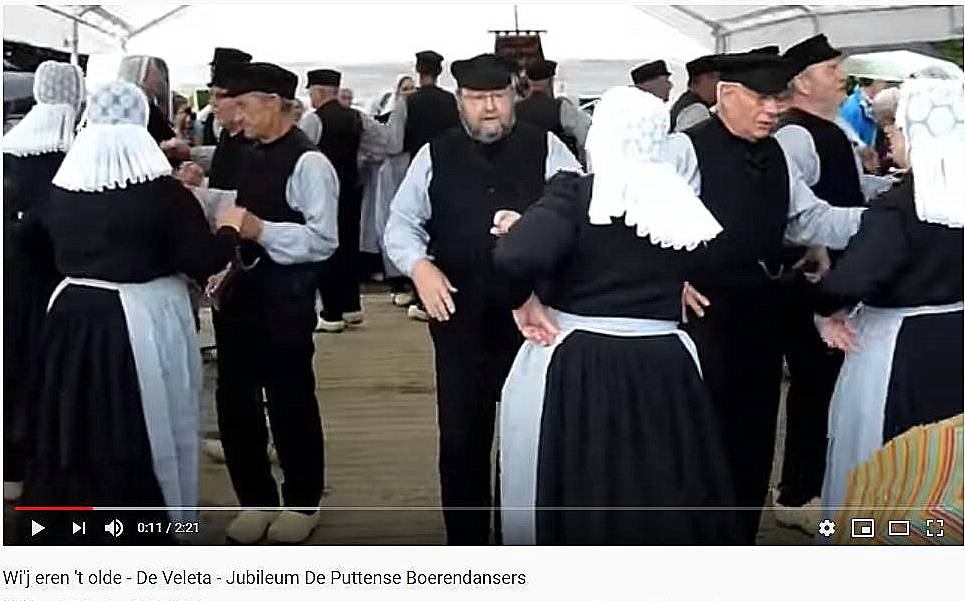 and the Spanish Wals were most times danced. 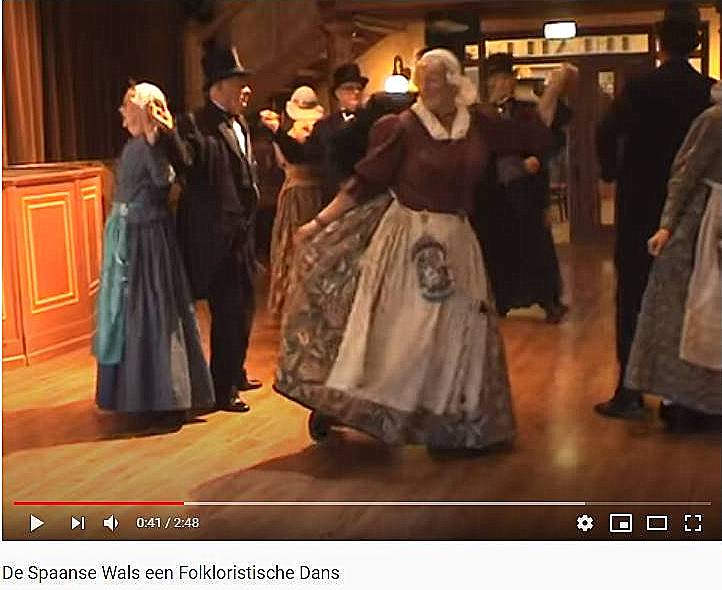 Between, and in the east and west the kruispolka was very well known. 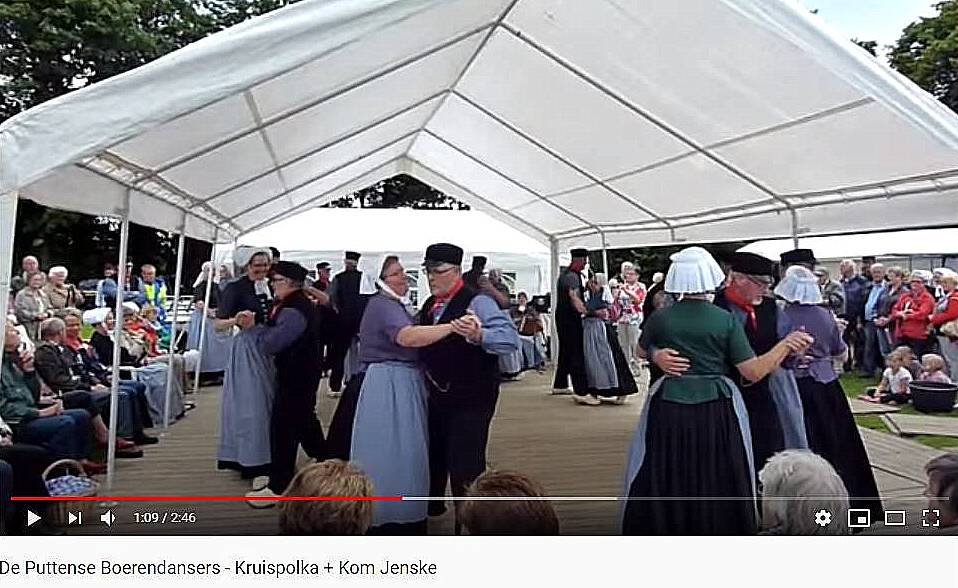 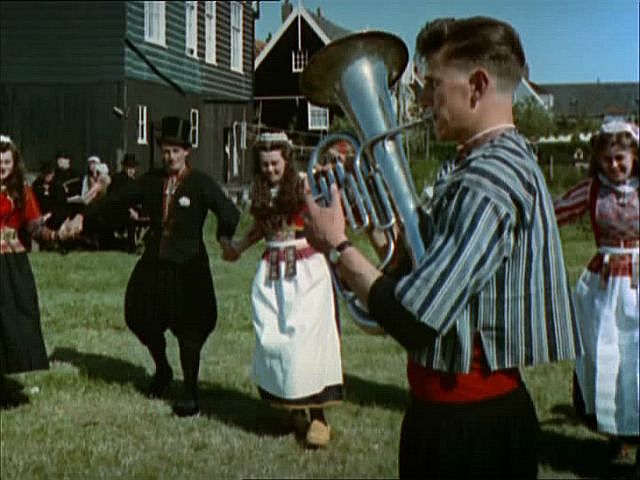 Most dances were performed in normal shoes, which were used on special occasions only, like going to the church. Clogs (klompen) were worn mainly for work. However, the Netherlands are most often associated just with these clog dances – klompendansen.

The Klompendances are danced to the beat of polka, in pairs or in a group of people, usually forming a row (or rows) of dancers. A distinctive feature of this dance is the beat by tapping the heel and the toe of the wooden shoes. Although it was performed for a long time throughout the whole Low Countries, they gained their largest popularity in the early 20th century and are remembered by André Rieu. 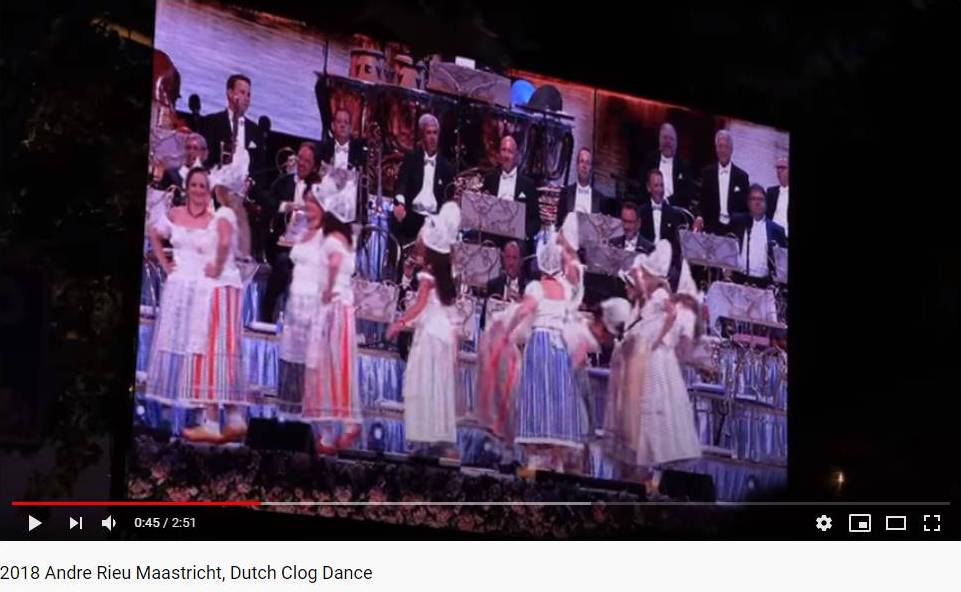 Dutch dancers in the USA (Michigan): 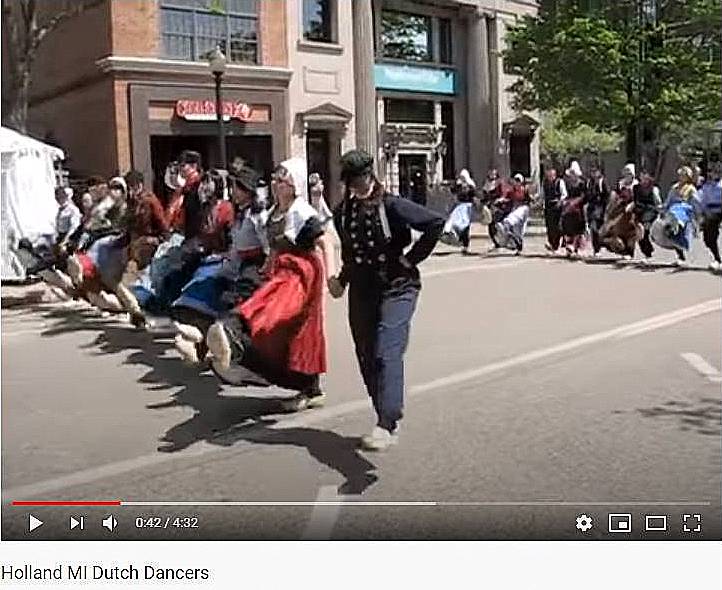