In the Netherlands there are only two national celebrations:

This is a very unusual national holiday, because it does not relate to any official state ceremony, but it is just a big street carnival, which takes place all over the Netherlands. The feast is celebrated since 1890 as a day of national unity, but only since 1949 the celebration was scheduled fo 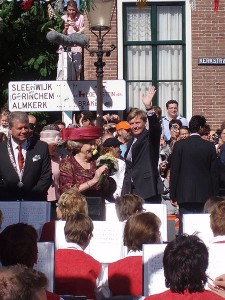 r April 30 – it was the birth date of Queen Juliana. Queen Beatrix, her daughter, has not changed this date as she was born in January, which was not conducive for the fun in the open air. Her son, king Willem-Alexander, declared to celebrate King’s Day on April 27, the date of his birthday. Due to the doubled cost the thrifty Dutch never celebrate it on Sunday. Since the reign of Queen Beatrix the nature of the event has changed a bit and became less official. The parades in front of the palace in Soestdijk have been replaced by the  royal family’s visits to two cities in a chosen province (every year different ones), so that the monarch can chat directly with the people (and even can be… kissed what happened once to Beatrix). And in the evening a special birthday concert takes place in the palace Noordeinde in The Hague.

The uniqueness of this Dutch celebration is that all the cities and villages in the country turn into a scene of the biggest festival / carnival in the world. That day Dutch people, dressed in orange, abandon their traditional reticence to indulge in entertainment. 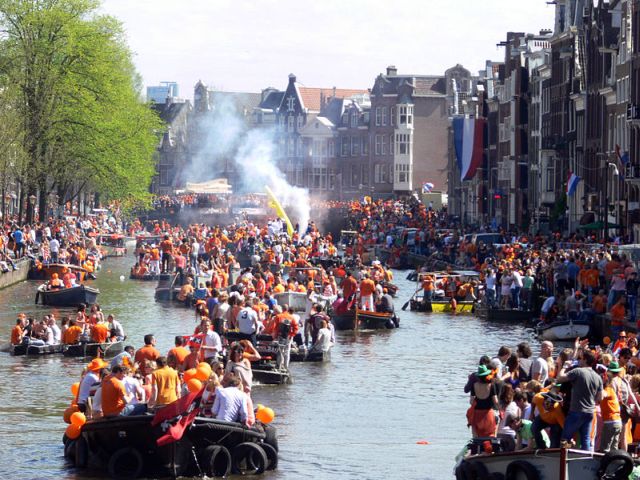 The most striking feature of this festival is the free market (vrijmarkt), during which anyone can sell whatever he pleases in street stalls. Even children, who can thus get rid of unwanted toys, earn their first money. 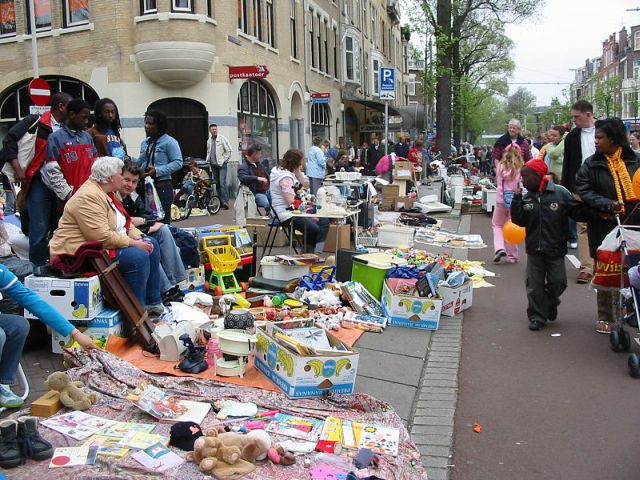 Street market in the Hague.

On the streets and in the parks various musicians perform their music and local pubs sell beer under the sky – unless it is raining, as the success of this event largely depends on the weather. It is a tradition to drink a special liqueur called Oranjebitter.

Both holidays, though they pursue different ideas, are linked very closely. This is due to the fact that the Dutch recognized that there is “no celebration without commemoration”. 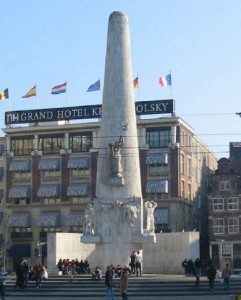 Remembrance Day has been celebrated since 1946. Initially it commemorated only the victims of World War II, but since 1961 it is also a tribute to all Dutch soldiers killed in military operations abroad, such as peace-keeping missions. Celebrations are strictly national and are held without foreign delegations. In Amsterdam they start with a service in the “new church” and one at the ruïns of the “Hollandse schouwburg”. After this, in the city center, the monarch and veterans lay wreaths at the Monument National on Dam Square. From 7.45 pm to 8 pm all bells are ringing, followed by a nation-wide two minutes of silence. The traffic dies down at this special moment. Also marches of silence are held. From 6 pm to 8 pm national flags are lowered half. Remembrance Day is held in a similar way in each municipality.

May 5 is celebrated as it refers to the date of the German army surrendering in 1945, what happened in the Dutch village of Wageningen. This holiday is primarily a celebration of freedom and democracy and is very versatile. Its form has changed over the years – up to the 80s of the last century it had a form of mostly local marches of silence, and in the 60s and 70s Liberation Day was celebrated only every five years. Currently, under this feast various cultural events are held in the open air. It is the Prime Minister who launches the day’s events, traditionally from a different province each year. And it ends with an official concert for freedom on the Amstel river in Amsterdam attended by the current monarch and government ministers. 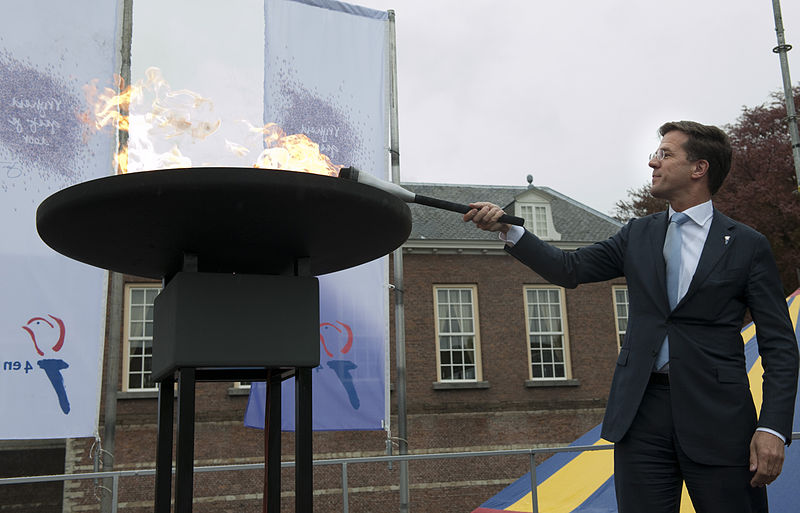