It can be said that the favorite models for Dutch photographers are ladies with extremely lush busts. These ladies love to eat grass and they can be found in pastures, where make a nice addition to a usually dull Dutch landscape.

Indeed, Dutch cows are very grateful objects to the shooting. They are extremely photogenic, and besides, the Dutch love them much. 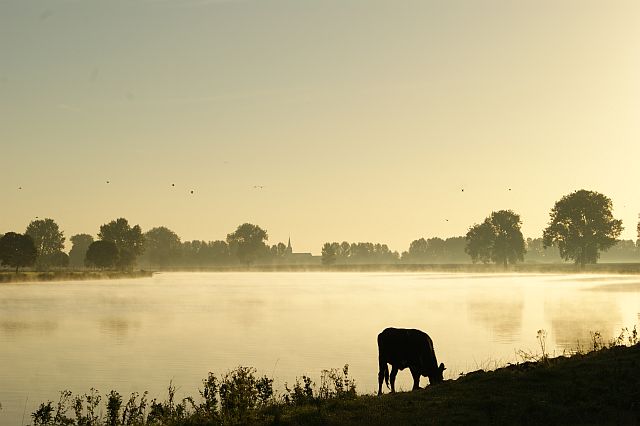 After all, they owe them an abundance of high-quality milk for producing popular Dutch cheese. Cows are so important in the life of a Dutchman that kids in a primary school learn basic facts about this animal, and each of them knows that it has four stomachs (!) Dutch cows are in many ways very unusual creatures, not having any competition in the world. Being well-known in Poland the “holenderka” type is in fact a Frisian – the term refers only to a patchy, black-and-white representative of the Holstein-Frisian breed. 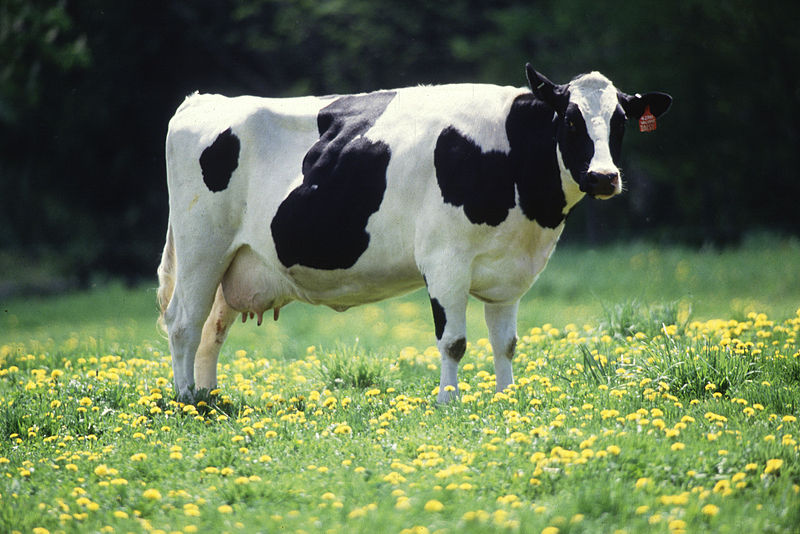 The author of this text was so accustomed to the fact that a black-and-white cow is a “holenderka” that when she entered the Netherlands for the first and saw a brown cow, she experienced quite a shock – brown cows in Holland??? Yes there are more cow breeds in the Netherlands. A cow from the IJssel in Geldria is usually reddish-white. There are also the “Lakenvelder” cows and the interesting “Blaarkops” whose representatives have white muzzles and black-rimmed eyes.

On the left Lakenvelders cows, on the right a Blaarkop / photo: Wkipedia 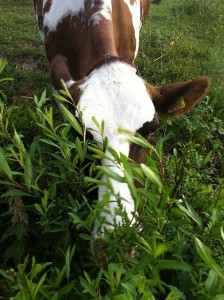 ng to a data from March 10, 2013, the number of cows in the Netherlands, which reached a production life of 100 000 or more kilograms of milk, has already exceeded 23700 (data from the “Dutch Genetics Plus”). But not only the quantity of milk makes Dutch cows so unique.  Their milk contains 3.5% or more protein (the average for the whole population), which is the result of as yet unattainable for other countries in Europe. The values of the Dutch cows were well known in Poland in the past centuries. The first ones were brought to Poland at the end of the 16th century, but they could be bought only by the wealthiest (among them the Polish queen Mary Sobieska). While in the 30. of the 17th century the Polish ox costed 16,5 Polish zloty, the price of “holenderka” was 100 zloty. Large import of Dutch bulls took place after World War II (Poland bought over 660 of them), which – as a result of interbreeding – led to the formation of a black-and-white Polish cattle and significantly improved the quality of Polish milk. Photo above: Mariusz Mazur. 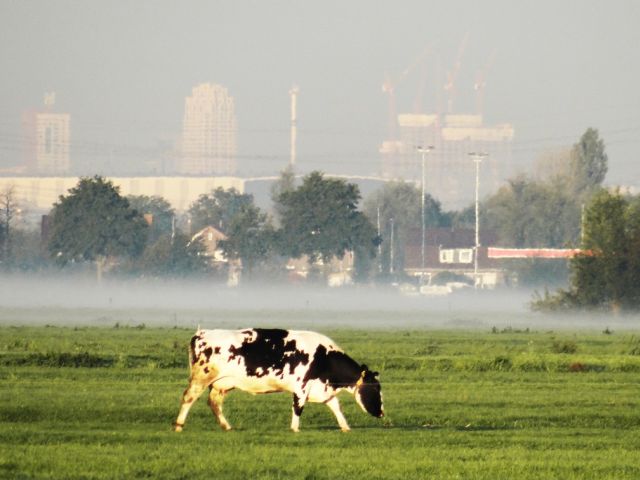 The Dutch cattle were well known not only Poland. In the past centuries it migrated along with the Dutch settlers to America.  The uniqueness of the “Dutch pied ladies” is proved also by the fact that they speak a different language than their colleagues from other countries. Well, the Dutch beauty doesn’t say “mooo” but “booooooo” – “boe” in Dutch, either in the long form “boehoe”. It is a derivative of the word “boer” = farmer. Young children are told that cows have a problem with the Dutch “r”, so calling their boss they say only “boe”. 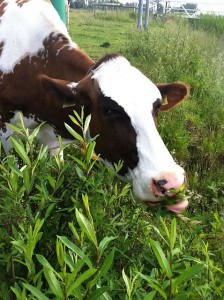 Spotted ladies are also used for purposes other than the production of milk, sometimes acting as the… guardians of morality. It happened that authorities of Spaarnwoude city agreed to keep cows in a nearby nature park because their presence discouraged open air sex lovers to have sex there. The point is that they were often seen by children. The same – and very effective! – solution was adopted by authority of the nature park near Amsterdam. Well, hardly anyone wants to make love under the watchful eye of a patchy lady! Photo: Mariusz Mazur

Yet another use of the cows is shown in the following picture. So who’s today the real cowboy? 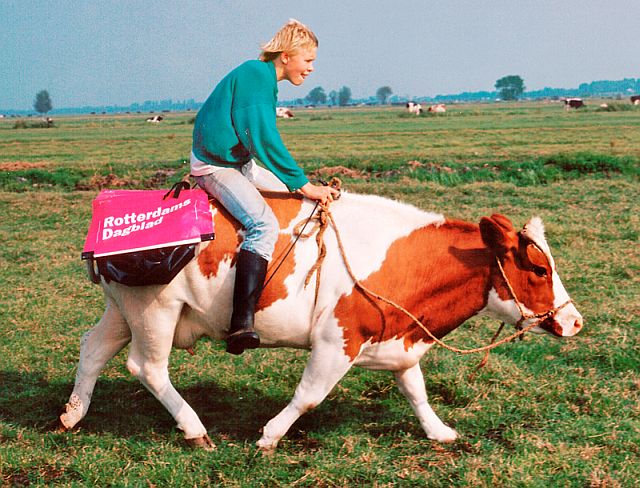 Another specificity of the Netherlands is that spring begins there wi 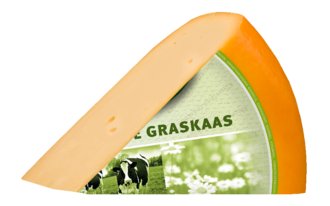 th a day when (at the end of March and begin of April) cows are led for the first time after the winter out of the barn. Extremely happy animals dance with joy so called “lentedans”. And in May first spring cheese, so called Graskaas (gras – grass, kaas – cheese), will go on sale. This cheese is highly valued by gourmets.

Caring for the convenience of cows takes sometimes bizarre forms in the Netherlands. In the village Zuidschermer there is hotel for cows with … waterbeds.

In Leeuwarden, capital of Friesland, a lady with utters is commemorated by a special monument. Frisians call it “our mother” what meets some amusement by the other inhabitants of the Netherlands. 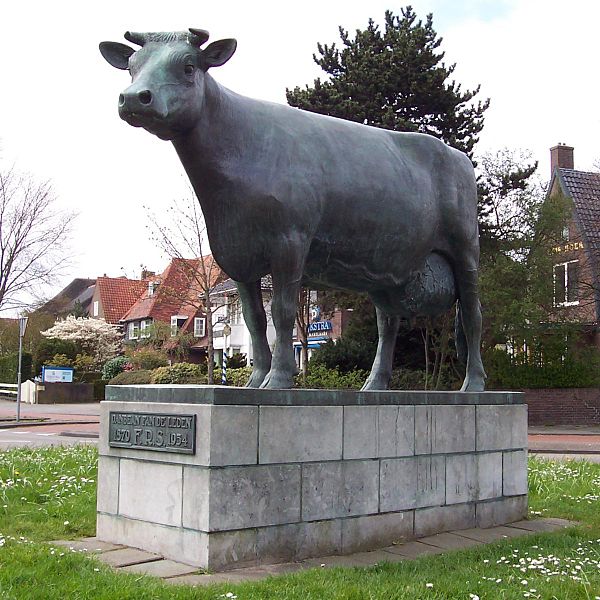 What would have been the Dutch landscape without cows? It turns out, however, that there is some threats of the disappearance of them as practical Dutch farmers, for economical, reasons tend to keep them all year round in barns. Highly terrified fans of the traditional Dutch landscape applied to the Dutch Ministry of Culture for the inclusion of “Dutch cows in a pasture” in the UNESCO list of intangible cultural heritage. 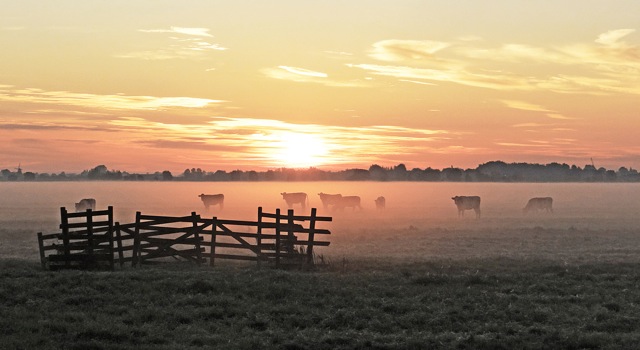 At the end – a very practical advice for tourists visiting the Netherlands: do not tell the Dutchman that you don’t like cows! To the in general mild and tolerant people, that is the one thing they can not forgive a “stupid” foreigner!