Remarkable Dutch documentalist Joris Ivens came from a family of great photo-graphic traditions. His grandfather was town photographer Wilhelm Ivens, who once emigrated from Germany. Joris’s father, Kees Ivens, was a photographer and fa ounder of the first chain of the photo shops “Capi” in the Netherlands. His mother was a Dutch woman Dora Muskens. 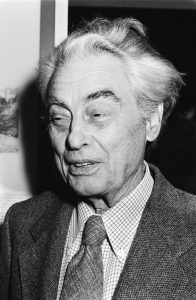 Joris Ivens  (Joris is Dutch for his baptismal name George) was born on November 18,  1898 r. in Nijmegen (died on June 28, 1989). In his youth he often visited the HBS (a kind of atheneum) in his city and already in 1912 he made his first film The Wigwam about the Wild West (Indians and Cowboys) on the Kwakelberg in Nijmegen.  After HBS, he fulfilled his duty of military service and became ensigned at the field artillery unit (on horseback). After that he studied economics at the high school (university) in Rotterdam. He became there a chairman of the student association and had a friendship with Arthur Lehning. Then he went to Germany to study photography technology (1919-1921) in Berlin. After that he attends an internship at photo laboratories and became a friend of the poet Hendrik Marsman. Thanks to him he met the photographer Germaine Krull. During this time Ivens made a few movies at the holiday homes of his family (the Sun House and the Moon House). In the years 1921-1931 he worked in his father’s Capi shop in Amsterdam. On April 2, 1927 he married Germaine and became co-founder of the film league. In addition, he began to experiment with films himself. His movie the Bridge (1928) made him a known moviemaker.

Then (1928-1933), the form and movement studies like Regen (Rain) were followed by the first Dutch soundtrack movie Philips Radio. He became friends with his secretary Helen van Dongen (who developed into a gifted editor).

In the period 1932-1935 he was invited, into the Soviet Union, where he made a film about the workers’ youth in Maginitogorks: Komsomol (Song of Hero). His other film projects in the Soviet Union were stuck. (They are no longer available on the internet).
In the Netherlands, during the great depression, the well-known films: Nieuwe Gronden (New lands) (the making of polders in the Zuiderzee) and: Borinage (about the poor miners in Belgium), he made.

The last crisis years and the second world war (1936-1945) Ivens spended mainly in the USA and in Canada. He made especially anti-fascist films such as The Spanish Earth (about the Spanish Civil War, made with Ernest Hemmingway)… 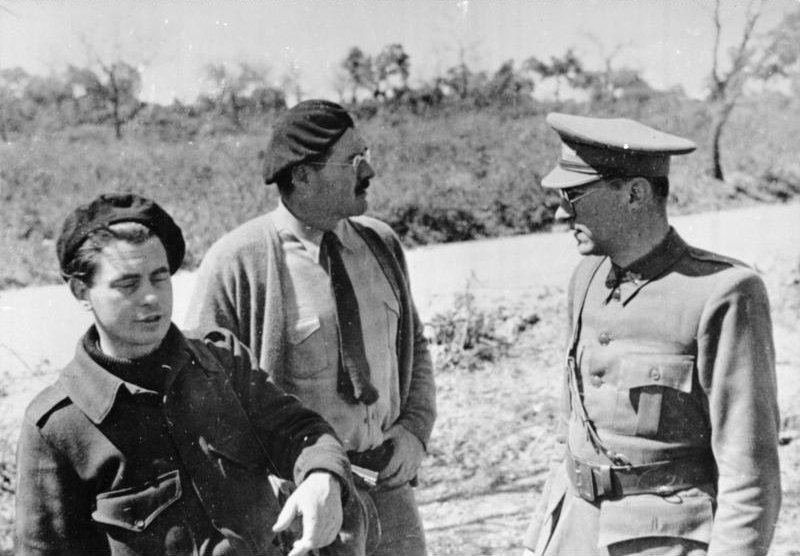 …and also The 400 million (about China, together with Robert Capa). Further he also made films commissioned by the US Department of Defense.

In 1946 he resigned as Dutch government commissioner for the film in solidarity with the Indonesians. He made a film Indonesia Calling a powerful call for the Indonesian independence. Then (until 1957) he swirled in eastern Europe, with major problems because his passport was not renewed.

However, he made some trade union films such as: Das Lied der Ströme (in collaboration with the writer Berthold Brecht and the composer Dimitri Sjostakovich. In 1951 he married the Polish poet Ewa Maria Fiszer.

So around 1955, the spirit of time woke up, later famous as the call of the 1960s, and changed the (European) world. The critical view of the elite was outdated, because a new generation woke up. Students ware critical, went to the movies and Ivens became very popular. His films became less and less seen as leftish or as a kind of communist propaganda, but more and more as an open-minded view that indicated a new era.

Ivens himself went roamig again. In the years 1957-1966 he filmed the economics and culture in countries as France, China, Italy, Cuba, Mali and Chile, and also films such poetical movies as: à Valparadiso and Pour le Mistral. In 1963 he meets the Frence film maker Marceline Loridan Rosenberg. They appear to fit in professional and private life well together. The films are about the horrific war in Vietnam and American aggression and interference around the world. (In 1969 the Dutch Minister (Marga Klompé) asked Joris Ivens to make a film about the Netherlands). 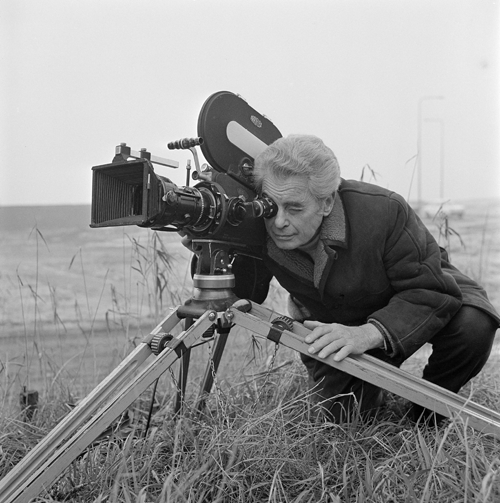 In the years 1971-1977, Ivens made a long film in parts (the biggest ever: ???.??? min) about the cultural revolution in China: “How the Yukong resisted the mountains”. This serie, which was screened in many countries, was also broadcast on Dutch TV. In 1977 he married Marceline Loridan and founded the CAPI-Films production house. A major film project in 1980-1983 on the history of Florence (Italy) has never been completed. In 1985-1988, China followed a film about the wind and cultural history of the country: Une histore de vent (intro: A story of the wind).

1955 The international Award for World Peace.
1957 A golden palm at the festival in Cannes.
1957 A Golden Gate Award in San Francisco to the de film La Seine a rencontré (The Seine meets Parijs).
1964 The first grand welcome in Amsterdam that resulted in restoring good relations between Ivens and the Netherlands.
1967 The Lenin Award for Science and Culture in Moskou.
1978 The Royal College of Art in Londen makes him a doctor in honour.
1984 Commander of the Legion d’Honeur (Frence knighthood) by president Mitterand.
1985 Golden Calf (the great price of the Dutch Film Festival in Utrecht) uitgereikt door minister Brinkman.
1985 Grand signeur (knighthood) of the republic of Italy.
1985 Golden medaille for “Contribution to beautifull arts” by the Spainish king Carlos.
1987 The „Che Guevarra” Price in Cuba.
1988 The Golden Lion for his oeuvre on the filmfestival in Venetië.
1988 Citician in honour in his town of birth Nijmegen.
1989 Knight in the order of the Dutch lion by koningin Beatrix. (just befor he dies).
1989 Marceline Evens-Loridan receives a Felix (Europese Oscar) voor his oeuvre, specially for the last movie they made together: Une Histoire du vent.