At the turn of August and September 2016 in the Netherlands a big operation of extraction took place: from the bottom of the IJsselmeer Lake remains of the RAF bomber Vickers Wellington R1322, which was shot down there in the morning on May 9, 1941 were recovered. The members of the crew were six Polish airmen of 305 Polish Bomber Squadron “Ziemia Wielkopolska” (“Great Poland Land”).

Messcherchmitt Bf 110 and fell into the IJsselmeer. Soon after the disaster, on May 17 and 19, bodies of Dorman and Gwóźdź were washed ashore to be buried by Germans, with military honors, on May 20, 1941 at Amsterdam Newer Eastern cemetary. Six weeks later, around Urk, the body of Corporal Karcz was washed up on the shore. On July 2, the Polish airman was buried there with military honors, but then he was moved to the “Rusthof” cemetery in Oud-Leusden. Few weeks later the IJsselmeer Lake extracted bodies of two other airmen that were not identified by the RAF. (Source: http://www.zzairwar.nl/dossiers/56.html). Only one of them can be a member of the R1322 crew because in its wreck only the remains of two men were found.

History of Wellington R1322 is one of the 7 000 cases of military plane crashes in the Netherlands during the Second World War – the most of them deadly for the airmen. Many of planes fell into the water or crashed on the coast and are gone forever. Those that have crashed on the land have been absorbed by the soft soil. Some of the wrecks were unveiled during process of drying the IJsselmeer and creation of new polder, but 501 aircrafts are still missing.

It was a soft Dutch soil and the need to harden it with sand for construction of houses or roads that led to the big operation of extracting wreck of Wellington R1322 from the bottom of the IJsselmeer Lake. Exactly at this place sand is of very good quality and the Dutch company Royal Smals was in 2014 permitted for the sand mining in the area of 2.5 x 2.5 km2 and a depth of 0.3 – 0, 8 m3. The work had to be, however, preceded by survey to detect the wreckage of the bomber to get out and detonate bombs, as well as to find and bury remains of the airmen. It was known that there could be a wreckage of some English bomber, it was not clear however which one (there were  a few possibilities). 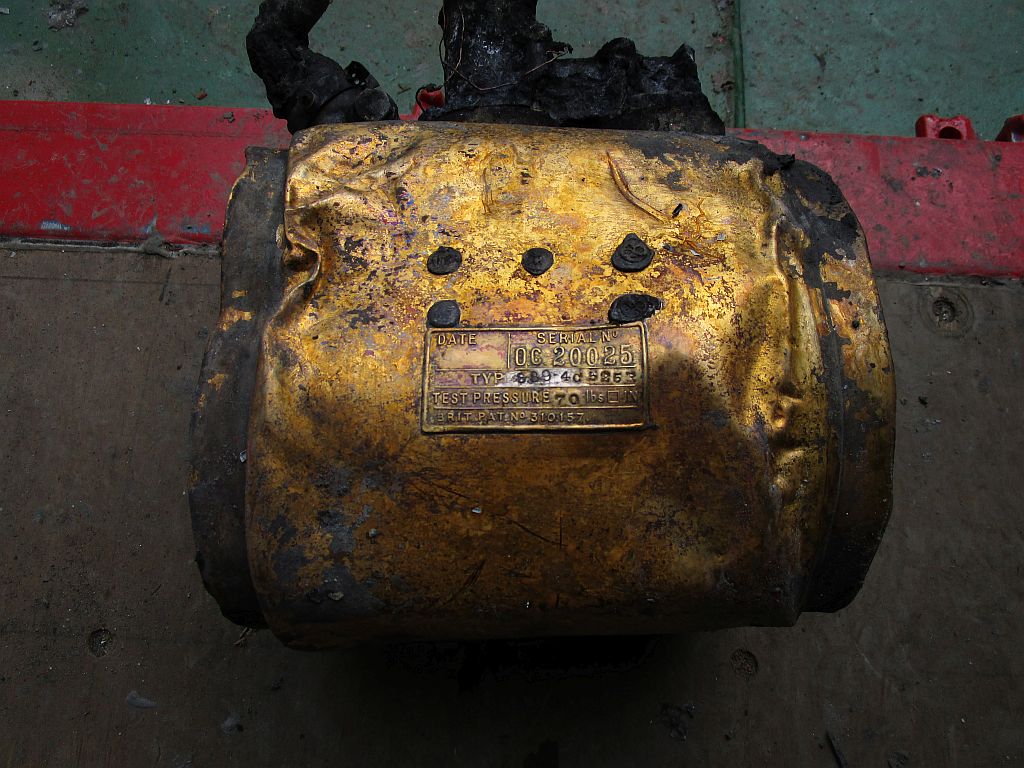 The finding likely indicated a link to Wellington R1322, which was clearly confirmed by later discoveries.

Extraction of remains of Wellington R1322 began on August 25, 2016. It was only the second of this kind of operation in the Netherlands, during which the resting place of the wreck was fenced and dried. (The previous one took place in the year 1975 in the Oostvaardersplassen in the province of Flevoland, which thus extracted wreck of Liberator B-24 No. 42-7638.) 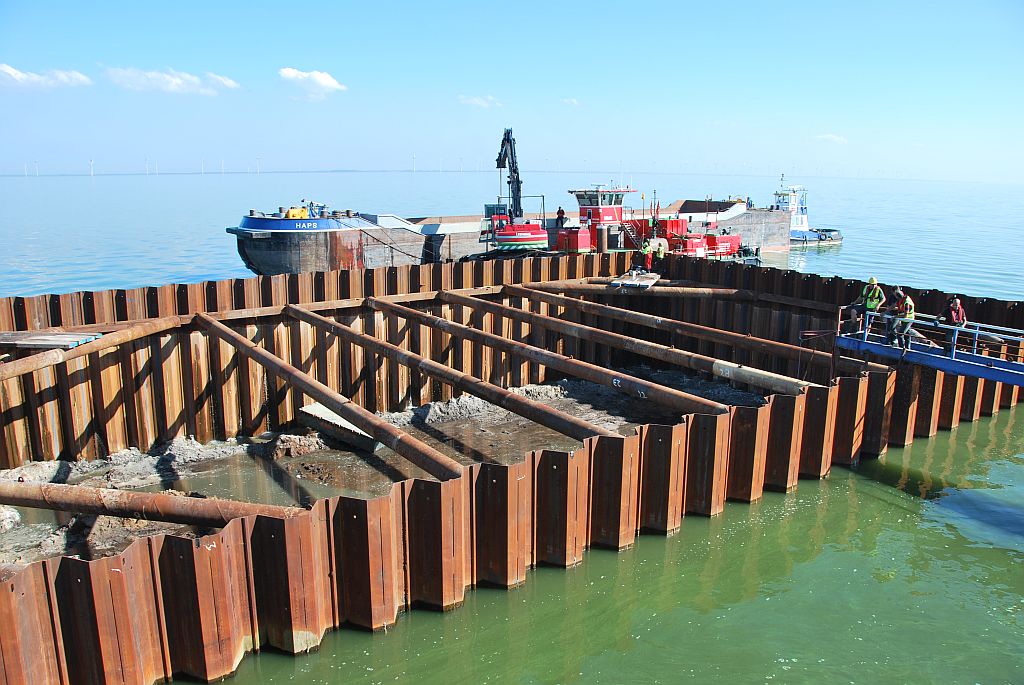 The cost of the operation amounted to 1 million euro’s, and was held by Vliegtuig Berging Koninklijke Luchtmacht (Royal military aviation unit dealing with wrecks or damaged airplanes) under the command of Major Ari Kappert (SOVB Klu – Staf Officier Vliegtuig Berging Koninklijke Luchtmacht). Around the wreck, at the bottom 4.5 m below the water level, a metal fence with dimensions of 23 to 36 meters was placed, then 4 000 m3 of water was pumped out from the inside. 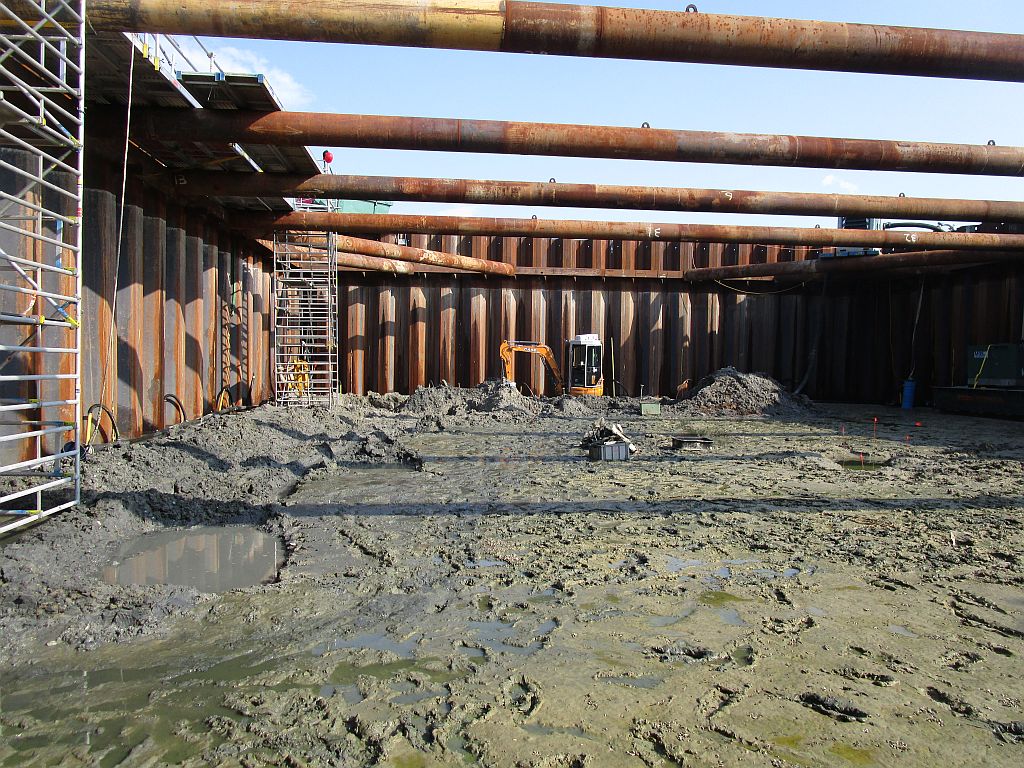 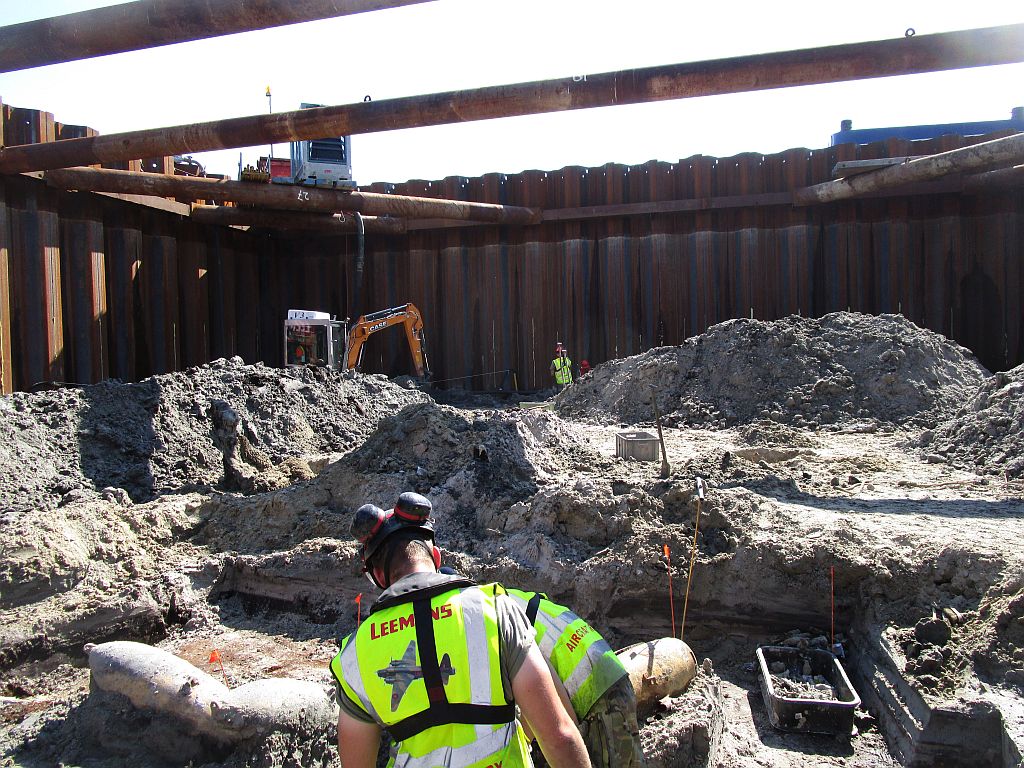 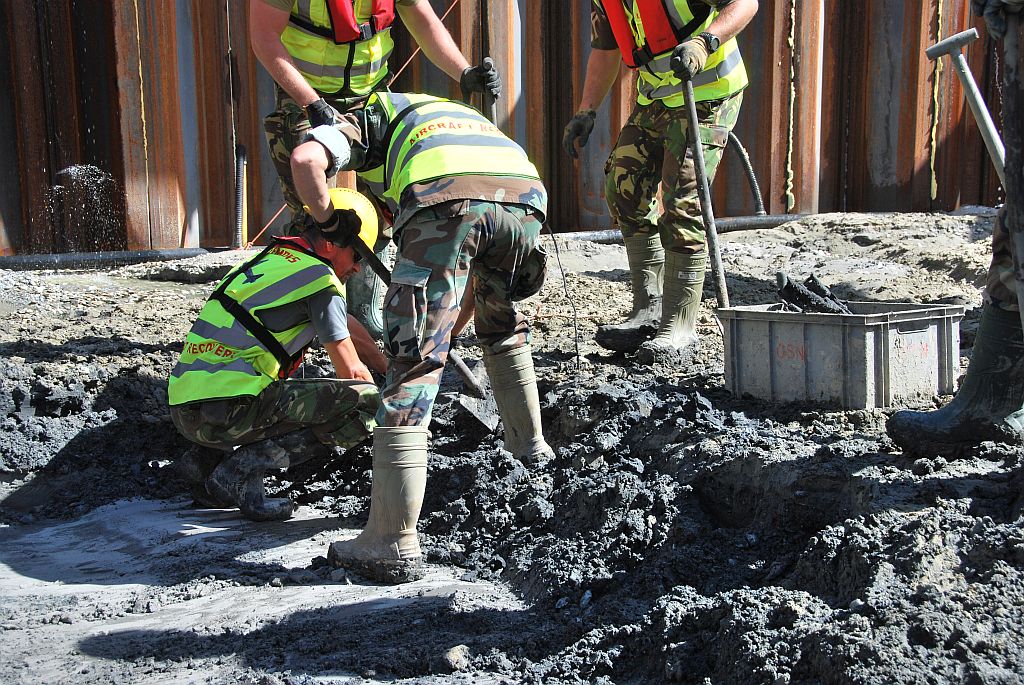 A big problem was caused by enormous water pressure, which in the beginning of the operation became to leak inside the dried area.

Thoroughly search of the place, layer by layer, led to discovery of the remains (bones) of two men and many parts of the aircraft and weaponry.

Already the first finds, including tiles with inscriptions, engine stamped number, and Sikorski handset of his headphone with his name engraved, revealed that it was (as was supposed) the wreck of Vicker Wellington R1322. Officially it was confirmed on September 7th. 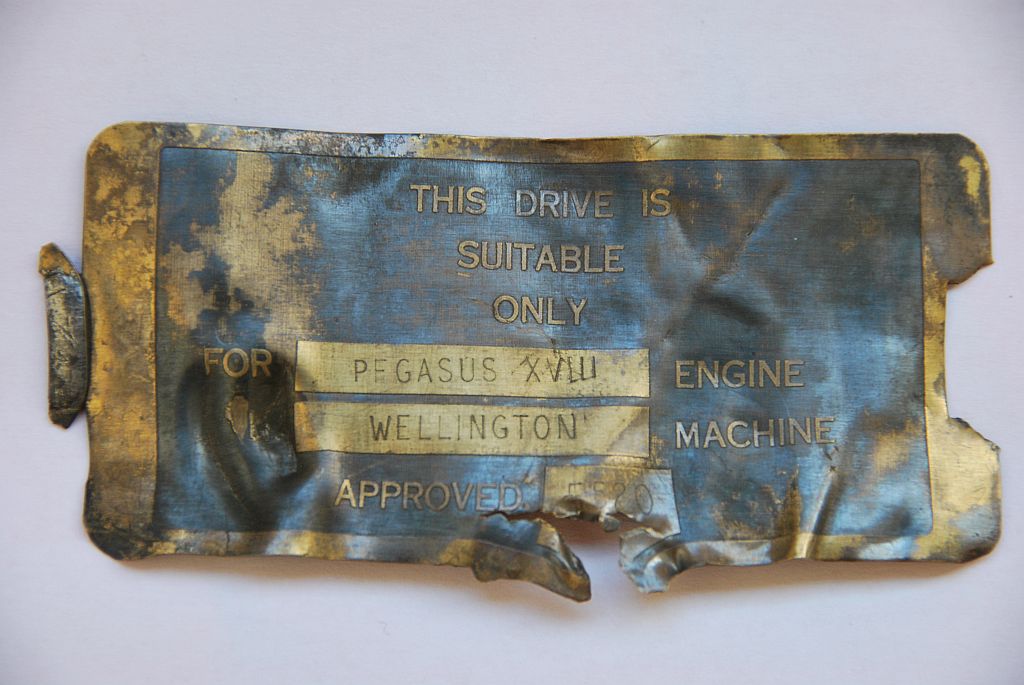 Among the aircraft parts were: propeller, landing gear fragment, fragments of the board weapons, including machine gun Browning .303… 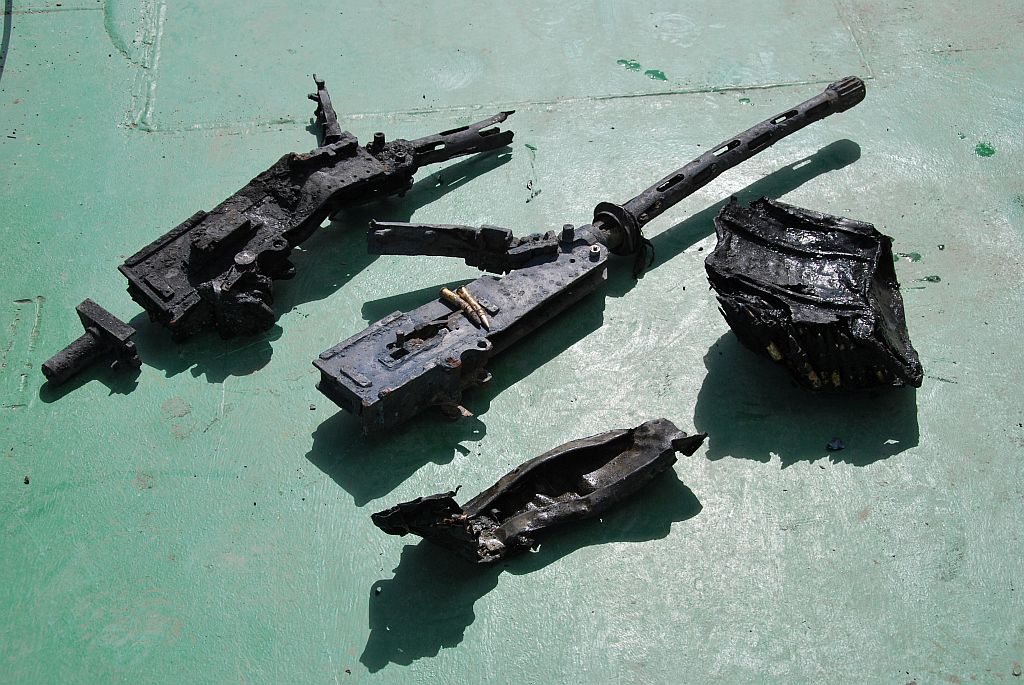 Smith & Wesson revolver in good condition (RAF aircraft crews were not allowed admittedly to carry personal weapons, but the Poles were the exception, because in case of capturing them by Germans they would have no chance of survival), 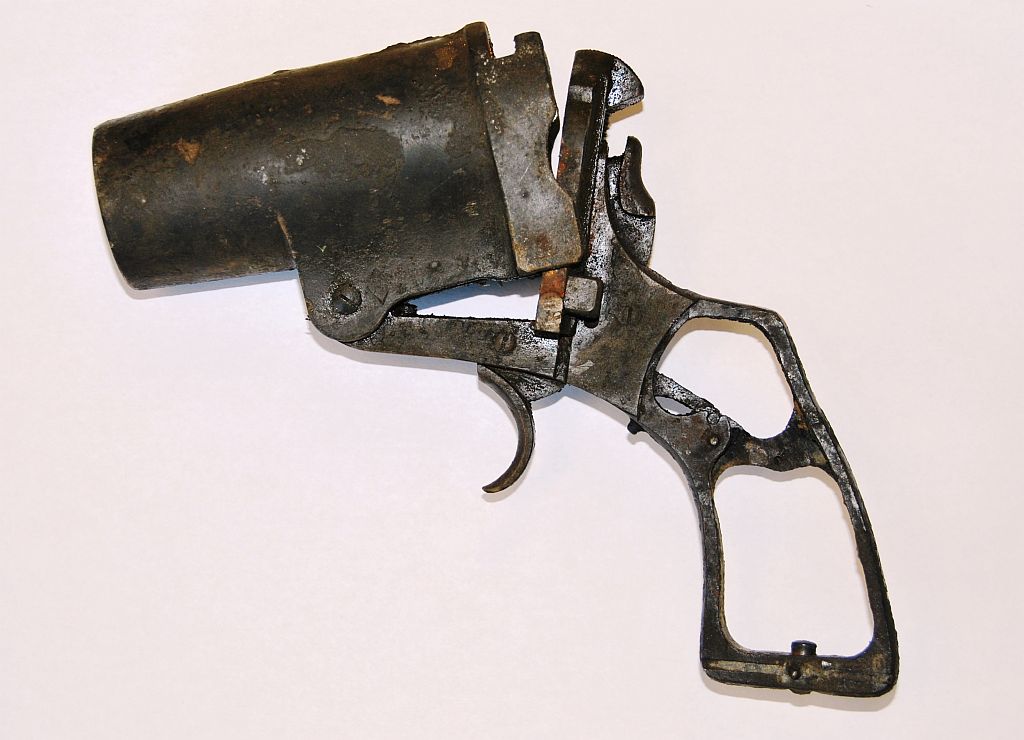 In the picture: flare gun 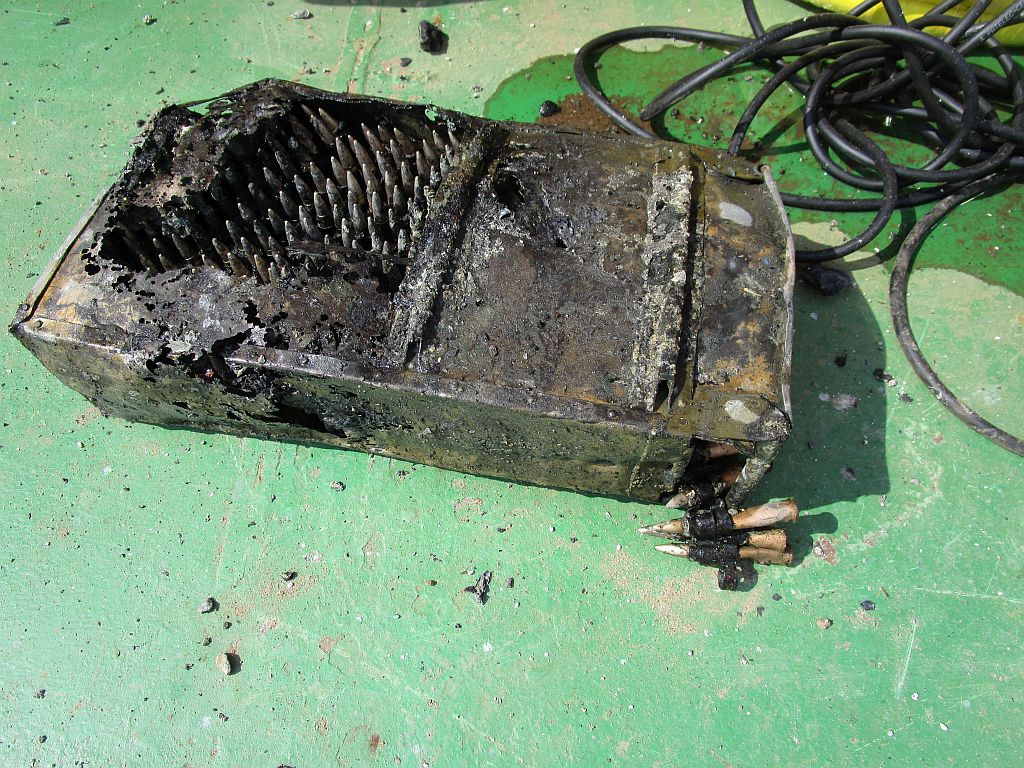 and four bombs weighing 500 lbs each of them. They were then detonated somewhere in the eastern Netherlands – report film. 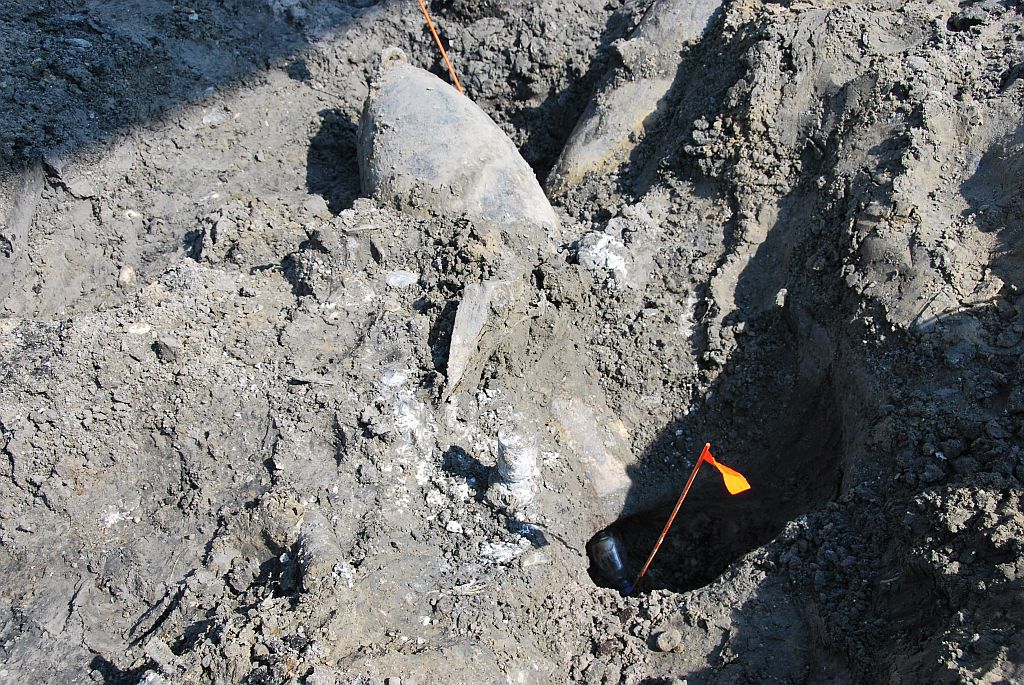 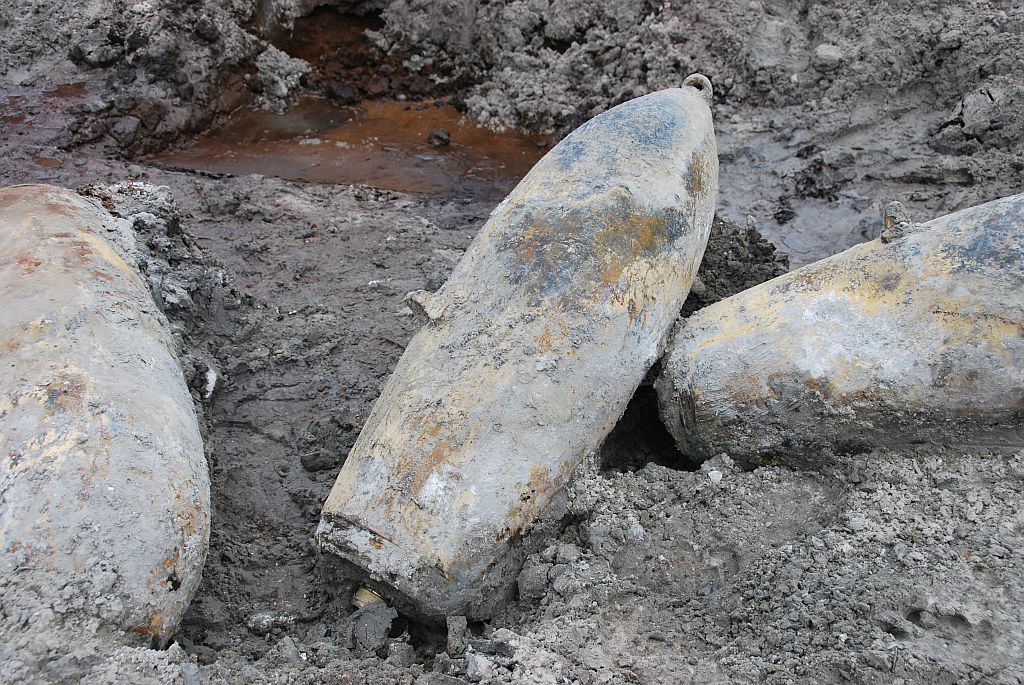 Documentary from magazinies.defensie.nl (Dutch only).

On September 19, 2016, the day after celebration of the anniversary of Operation Market-Garden, one of the historic Lancasters PA474 ‘KC-A’ flew low over the location of the wreckage R1322 to pay a tribute to the Polish airmen.

Remains of Polish soldiers were given to the Dutch military Identification center – Bergings- & Identification Dienst Koninklijke Landmacht (‘BIDKL’) in Soesterberg. The procedure of their identification appeared succesfull. It were captein Maciej Socharski and Master Corporal Henryk Sikorski remains found in the wreck. Thankfully it was also possible to identify remains of the Sergeant  Stanislaw Pisarski, whose nameless corpse was buried during the Second World War. Captain Socharski and master corporal Sikorski were solemnly buried, with Polish and Dutch military honorary support, at the Nieuwe Ooster cemetery at Kruislaan 126, 1097 GA in Amsterdam on September 6, 2017. The ceremony was attended by the son of captain Socharski – Mr. Krzysztof Socharski (born August 28, 1939) and the grandson of Stanislaw Pisarski’s brother. During the ceremony, two historic aircrafts from the Second World War made three flights over the cemetery and a plate was added to the grave of corp. Pisarski. We also were there… 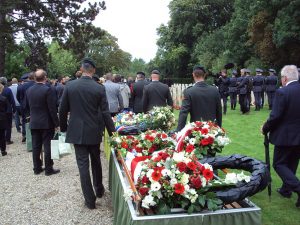 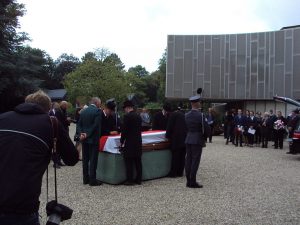 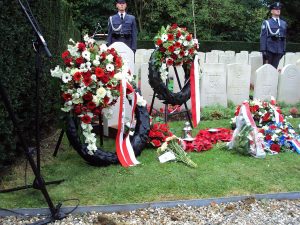 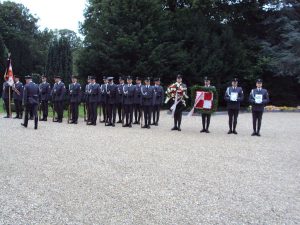 The fate of the Polish pilots is finally better than fate of 1085 WWII airmen still missing in the Netherlands (228 Americans, 600 RAF soldiers of different nationalities and 247 Germans). Their resting places are waters of the Wadden Sea, the IJsselmeer Lake and Western Scheldt estuary, or Dutch soil.

THE CREW OF THE VICKER WELLINGTON R1322 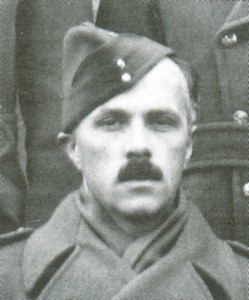 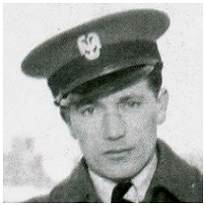 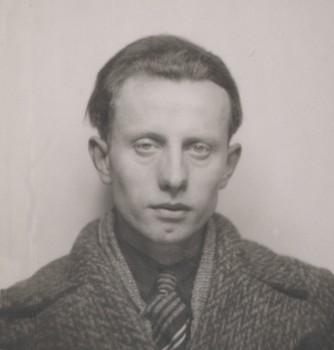 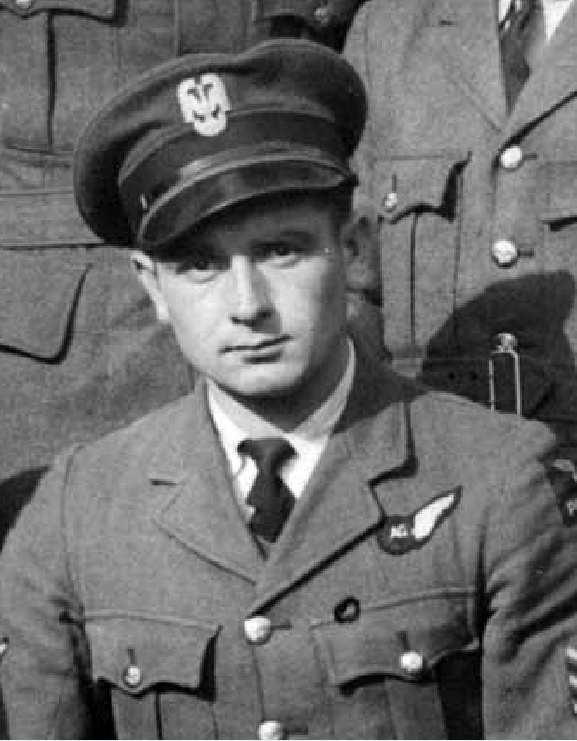 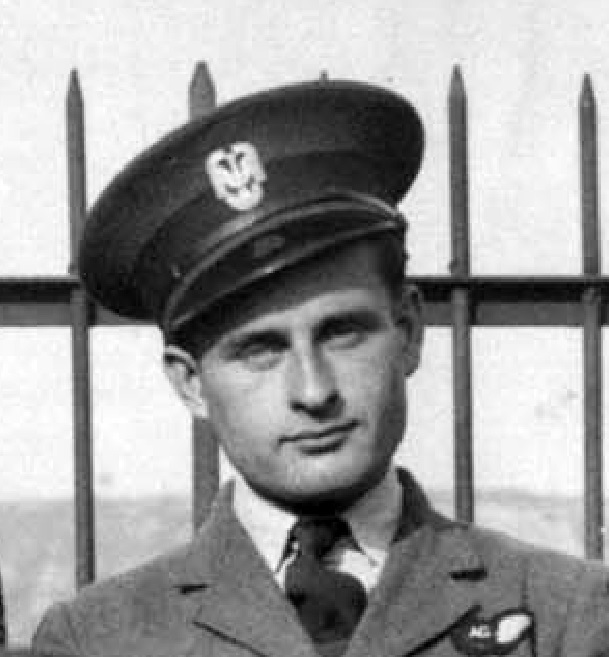 Peace to their memory!

Photo of the wreck courtesy SOVB KLu (Koninklijke Luchtmacht) – thanks!

The article was written with inspiration and with big help of Mr. Jaap Geensen, regular collaborator of the “Holandia bez tajemnic” (Netherlands without secrets) website, which is an amateur historian interested in the WWII history of Zeeland, where he lives. He also gives us advices and corrects mistakes in the military field. Mr Geensen has done work for Wings to Victory but limited to the province of Zeeland and in his historical searches concentrates on Zeeuws Vlaanderen. WingstoVictory.nl is focused mostly on the witness reports and documentary sources of the police, Germans and the allies. It is especially valuable to and appreciated by the relatives of the WWII soldiers.

Mr Geensen is also the author of few stories written especially for „Holandia bez tajemnic”: Polish success underexposed, Protecting the King of Hollywood, Axel 1944 – 2014 Remembered; he also helped to find the grave of the soldier Klemens Dąbrowski (From Bochlin to Axel).