The oldest towns in the present Netherlands (in that time: Lower Germania), are those that got their city rights granted by the Romans.

500 B.C.? Maastricht was the capital of the (Celtic) Ebrons but was not permanently occupied. It became a dutch city by a charter in the year 1205.
(It never got Roman city rights but it became the seat of a bishop, so the church “ruled”)

It was in 10 A.D. an episcopal seat (bishops are known by name from ca. 38 A.D.). From that time on it was continuously inhabited and never destroyed. 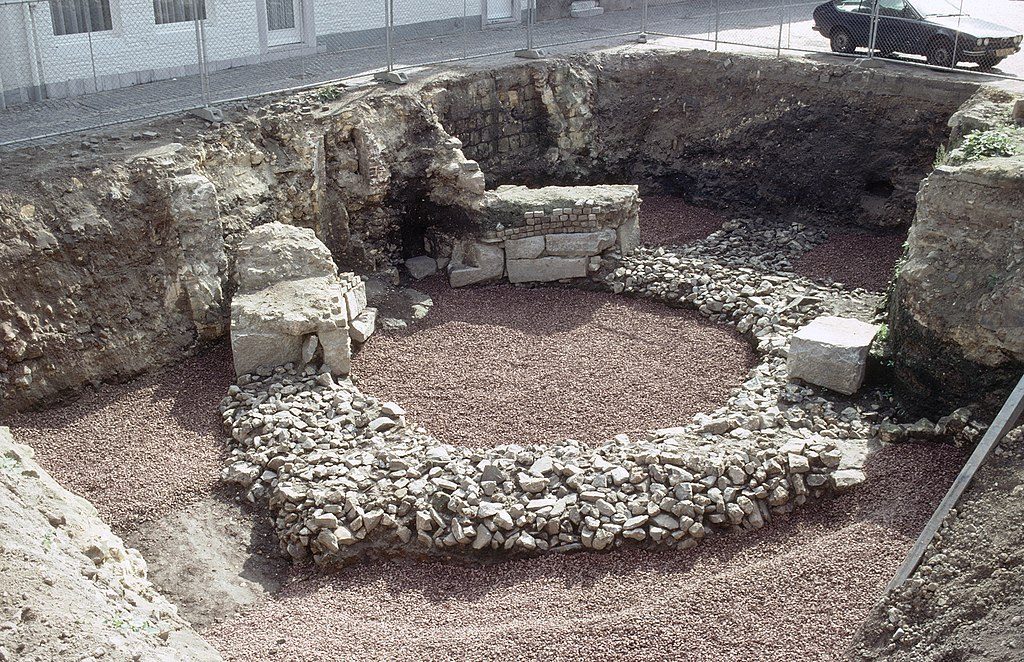 Maastricht – remains of the Roman period

270 B.C. Voorburg (Forum Hadriani) was founded, but not continuously occupied.
47 A.D. it was the capital of Caninnefates with a permanent population and a roman presence.
121 A.D. Roman city rights were given.
270 A.D. the roman occupation left the town.
Voorburg came, in the course of history, in the shadow of her neighbouring “village” the Hague. (The Hague itself never received city rights!). 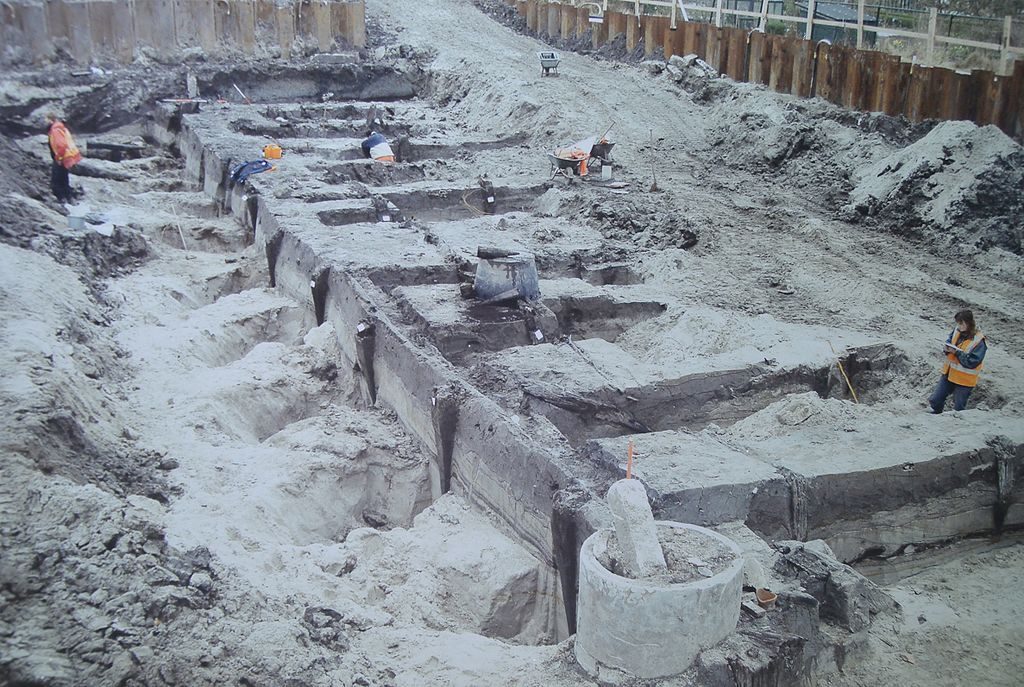 20 B.C. Nijmegen (Oppidum Batavorum). “Old” Nijmegen was destroyed in the years 69 and 70 A.D. (uprise of the Batavians) and ceased to exist. A new town arose beside the old place (Civitas Batavorum = capital of the Batavians).
100 A.D. Nijmegen got roman city rights under the name Ulpia Noviomagus. 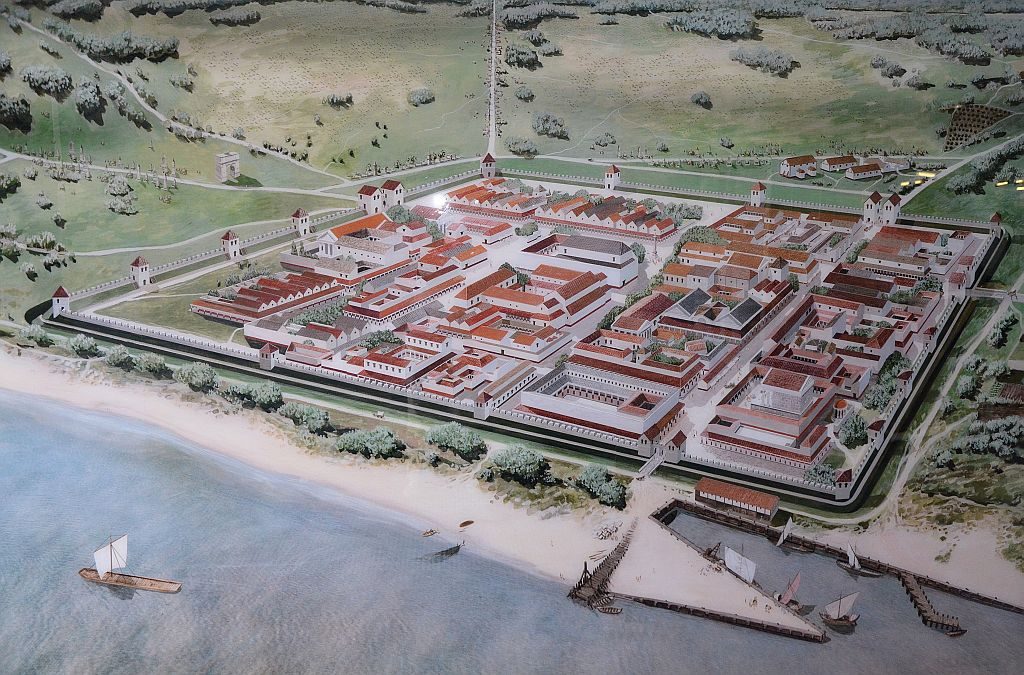 Although after the year 1850 all municipalities in the Netherlands, under the Constitution of 1848 and the Municipalities Act of 1853 have the same rank, but strangers ask what are the old Dutch cities. So:

* The city rights granted after 1568 (Republic of the Seven Provinces) are controversial becouse in the Netherlands there was no more a landlord who could grant such rights.
* The city rights by the French (Napoleon) are provided during their occupation of the Netherlands, either by a “reaffirmation” (after 1800) are actually illegal.
* The Constitution (ca.1850) and the Municipalities act (ca. 1853) argue that all Dutch municipalities are equal in rank.

So all townrights “given” after 1850 are illegal.

Conclusion:
There is therefore no clear answer to the question “which are the old dutch towns”.

Below: Binnenhof – the houses of States General in the “village” Hague 1280 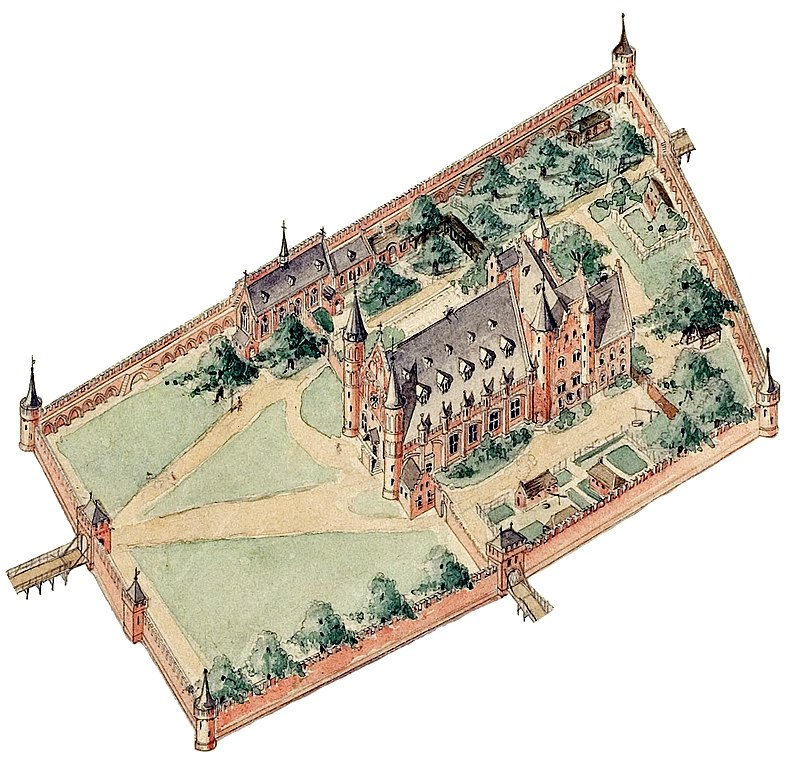