Many Dutch Jews survived Holocaust thanks to the false passports prepared by the Polish consul in Bern Konstanty Rokicki. Below we present information on this subject provided by the Embassies of the Republic of Poland in the Netherlands and in Switzerland. 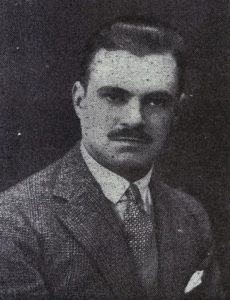 ks the 60th anniversary of the death of Konstanty Rokicki (1899-1958), a Polish consul from Bern, who during the Holocaust fabricated passports of Paraguay, saving lives of hundreds of Jews, including at least 136 citizens of the Netherlands. These passports were sent to the camps in Westerbork and Bergen-Belsen and protected their “owners” from deportation to Nazi extermination camps in occupied Poland. According to the Polish embassy in Bern, Rokicki and his Jewish cooperator Juliusz Kühl contributed to the creation of over 1,000 false passports for over 2,200 people (there are entire families with children mentioned in the documents). About 1/10 of all fake “Paraguayans” were the Dutch Jews, among them  Aron Schuster – the later chief rabbi of Amsterdam and other rabbis, as well as Hanna “Hannelie” Pick-Goslar, a friend of Anne Frank, mentioned in her memoirs (read: Anne Frank and Rutka Laskier); university professors, journalists and members of the Dutch elite. The Embassy in Bern has recreated a full list of the names of the Survivors, on which there are at least a dozen people living to this day. On the picture above: Konstatnty Rokicki. 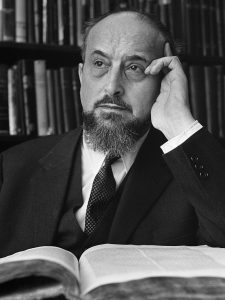 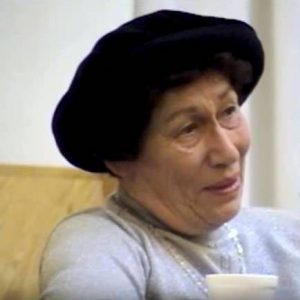 – There are probably more Dutch survivors. We managed to determine fate of only about 1/3 of passport holders of Paraguay” – said Ambassador of the Republic of Poland in Bern, Jakub Kumoch. He also added that are works on the list of passport holders of Honduras, Bolivia, Haiti and other countries – as their honorary consuls also used to sell those documents to Mr Rokicki. Probably there are also the names of the next Dutch survivors.

Rokicki and Kühl run their activity with permission and knowledge, as well as probably at the command of Aleksander Ładoś, in the years 1940-45 the ambassador representing in Bern the Polish government in exile. They were helped by Stefan Ryniewicz, a deputy of Ładoś. All four diplomats cooperated with representatives of some Jewish organizations. The procedure consisted of buying blank passports from Latin American honorary consuls and filling them with the names of Jews staying in ghettos and camps in occupied Poland and the Netherlands.

Lists with names were provided by Abraham Silberschein – a representative of the World Jewish Congress (WJC) in Geneva, and by Chaim Eiss – the leader of the Swiss branch of Agudath Yisrael. Such passports saved a part of their owners from death in the German extermination camps, and in 1945 they allowed the exchange of some of them for Germans interned by the Allies.

Initially the Polish Legation and its Jewish partners worked to save our Polish Jews, but in 1943 passports for Dutchmen and stateless persons, former citizens of the German Reich, deprived of citizenship by the Nazis, began to appear – said Ambassador Kumoch. He expressed his gratitude to the Dutch Survivors and Holocaust researchers for help in determining the fate of Dutch passport holders. “We got the knowledge of the heroic activity of our predecessors primarily thanks to the members of the Jewish community. The communist regime in Poland has never been interested in this history“ – he added.

Almost all Paraguayan passports which have been found show the style of handwriting of Konstanty Rokicki, while in the archives of Yad Vashem there is extensive correspondence between the Polish consul and Abraham Silberschein regarding the production of individual passports. After war Konstanty Rokicki remained in Switzerland, where he died in 1958, leaving no memories. He was buried at the cemetery in Lucerne in the section for the poor. A note from the Swiss police from 1946 has been preserved, in which Rokicki, applying for permanent residence, was excused from taking part in the “illegal passport scandal”. The police, however, accepted permanent residence and explained that Rokicki’s “illegal” activity was motivated by “patriotic” and general human reasons and was non-profit.

Currently a search is carried out to identify the Rokicki’s grave, which was liquidated at the turn of the 1970s and 1980s. Until 2017 his name hardly appeared in historical studies. The memory of a brave Polish consul was restored only by the publications of Polish and Canadian journalists Zbigniew Parafianowicz, Michał Potocki  and Mark MacKinnon who in August 2017 reached unpublished sources. The case was also recently described by the Israeli “Haaretz”.

1 thought on “The Dutch Jews savior”