The muddy soil in Holland (provinces) forces the local builders to erect houses on piles, wooden ones or nowadays often concrete ones. To construct the piles the Hollanders imported  wood  from Poland in the past centuries! Thats how Amsterdam was built! The fascinating history of house building in the capital of the Netherlands presents a story written especially for “Holandia bez tajemnic” by architect Hans Rietdijk whom we wish to thank very much. We also thank Jaap Geensen for his assistance in obtaining this this article.

AMSTERDAM THAT BIG CITY BUILT ON POLES TO STAY …
…when that city would topple down, who would pay?

So goes an old rhyme from the days that followed the construction of the Royal Palace in Amsterdam by the architect Jacob van Campen (read: Dutch architects) and engineer Daniel Stalpaert from 1648 to 1665 (construction time: 17 years!). There are as many as 13,657 poles under that, for that time, enormous construction which then was considered to be one of the wonders of the world. 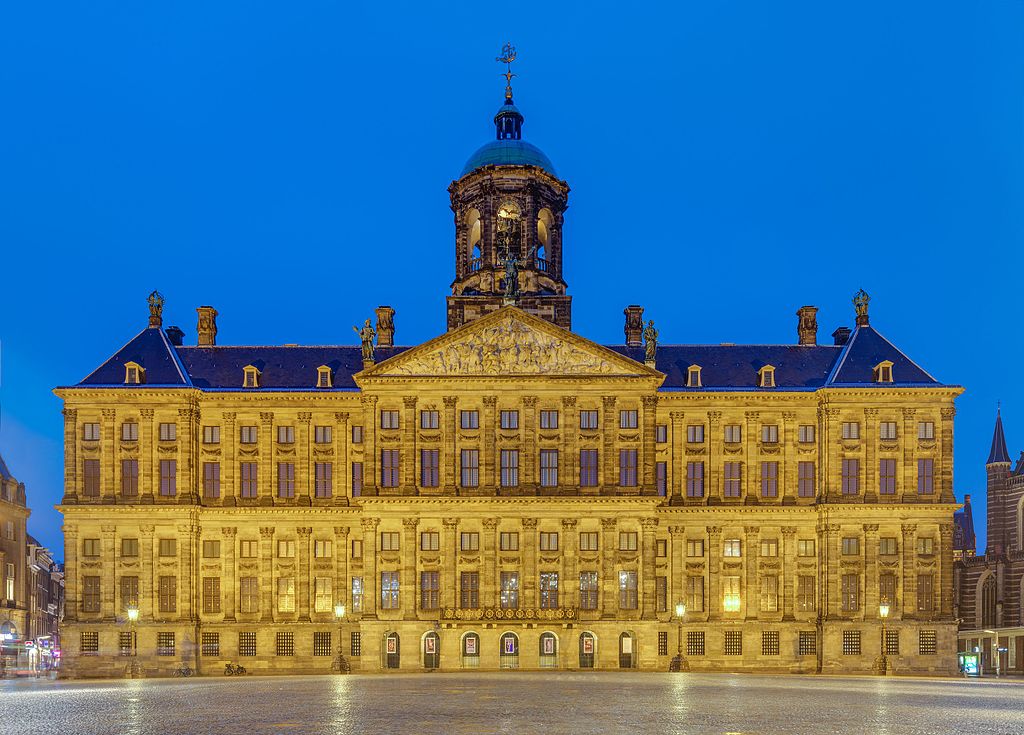 But why is Amsterdam, the capital of the Netherlands, actually built on stilts? Poles to be exact. The name of Netherlands tells it all, literally: “The Low Countries”. Thousands of years ago, there lived only few people in the Low Countries. Just because it was too soggy and too wet. From the North and the West the North Sea had a free reign over the low countries, and from the East and South the rivers Rhine, Meuse and IJssel fed the Dutch Delta. The real battle against the water in the Netherlands only started after the beginning of our era.  The low area of the Netherlands consisted mainly of swampy peat bog. An organic mud slurry composed of plant roots and other plant debris that were left by the former peat bog. Among and between thick layers of peat there are also strong clay and sand layers. Clay layers are usually deposited by the rivers, the layers of sand in most cases by the sea. When such a sponge is subjected to pressure, water leaks out and the sponge reduces its volume. 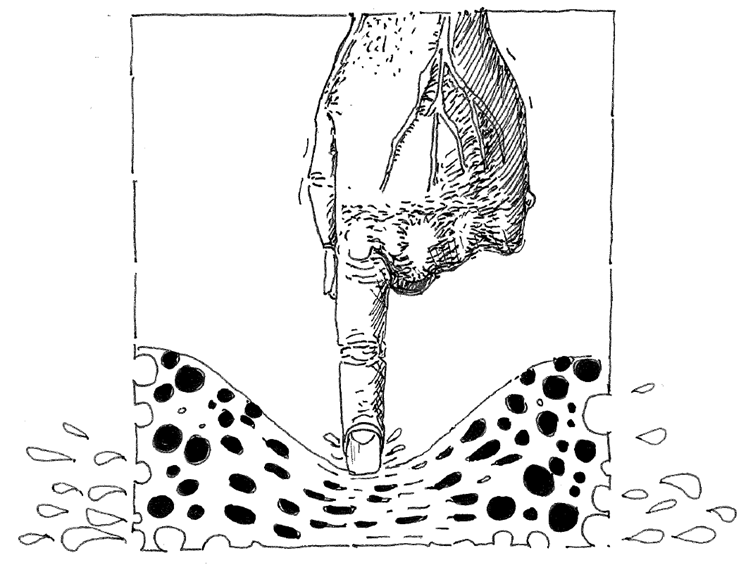 Figure 1: A layer of peat is similar to a water-filled sponge

In the West and in the North of the Netherlands, many cities are built on that marshy soil. Peatlands can easily deform whereby the structures that are built on them slowly sink into the swampy soil. The first buildings that were built on peat soils were often a light wood construction. The ‘shell’ of the first homes was often lined with wood or other lightweight materials such as straw, which was plastered with clay. Medieval towns in western and northern Netherlands consisted mainly of wooden houses. Of these wooden houses there are not many left. In Amsterdam only two. Most wooden houses were destroyed by the ravages of time. Often large fires reduced the old town almost entirely to ashes. 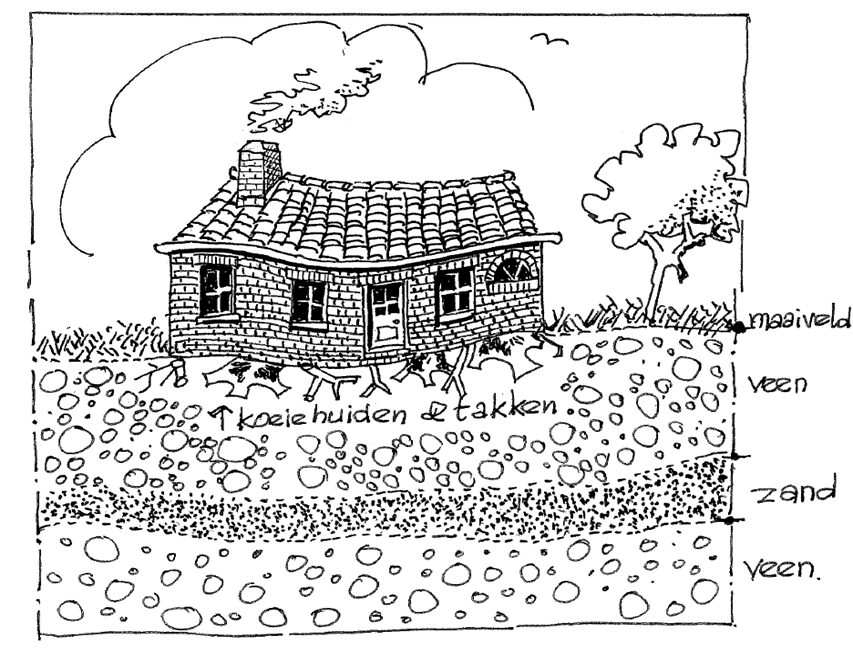 Figure 2: The first buildings were built on branches and cowhides.

After the Middle Ages building regulations were issued which prescribed that buildings no longer could be coated with combustible material. Safety requirements to prevent the expansion of a possible fire and thus preventing major disasters.
The much heavier, often lined with bricks and topped with roof tiles, buildings, collapsed easily away in the swampy peat soil. So technical solutions were needed to prevent it. Medieval buildings in peatlands were frequently founded on tree trunks, willow branches and even on cowhides that were conserved by the acidic peat soil.

The main structures of early buildings were mostly made of wood. Wooden structures are usually pretty flexible. Despite this ‘foundation’ of cowhides, branches and tree trunks, buildings collapsed or eventually slowly sank away into the peat soil. Thanks to this flexible timber main structure of the building and the application of greasy, lime-rich and thereby tough masonry mortar, in which the bricks were glued to each other, the subsidence processes (sometimes even very locally) of a structure went on without too many cracks. Modern construction techniques are far less flexible, making a building that is locally subsiding almost always to cracks. It’s ideal if one can build a building on a firm, solid surface. A surface that locks into place. A surface one can put the heavy buildings on that do not subside by the properties of the surface. A bedrock lends itself naturally really well but sandy soil usually also provides a suitable basis for a building.

Sand consists of sand grains. Grains of sand are actually tiny rock blocks. Once every grain of sand has begun as part of the bedrock, part of a cave rock. Rocks that lie on the surface are constantly exposed to weathering and erosion by water and wind. Weathering and erosion are helped by the contraction and expansion of the rock under the influence of temperature differences and by plants, which can pry apart the chunks with their roots. When these free pieces of stones are washed into rivers or into the sea, they are further broken down by the abrasive action of the water contained therein, and the gravel and sand. This way boulders become pebbles, pebbles to gravel and gravel to sand.

The variety of types of sand is large. It is in all colors, sizes, shapes and compositions present in the Dutch soil. In addition, one can look at it in many different ways. A construction worker will look after all other properties to see whether a particular sand is suitable for building than a geologist looks at it. The geologist looks at the composition and structure to figure out where the sand comes from and how it is disposed. 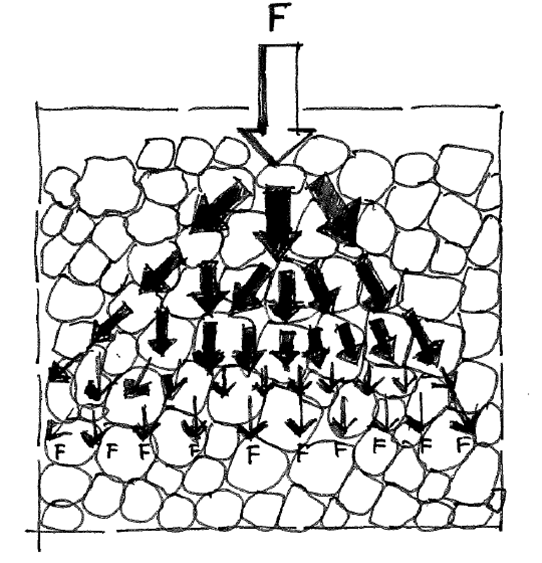 It is useful to look into one of the most important properties of sand: a grain of sand, in contrast to organic material, is non-compressible and the grains of sand are often close to each other. If a weight pushes on a layer of sand, ie; a vertical force F, the grains in that layer of sand will spread that force quite evenly into the sand layer. The deeper into the sand layer, the less one notices that power. The force is quite evenly distributed in the sand package. Generally, one can assume that sandy soil is suitable to build on. 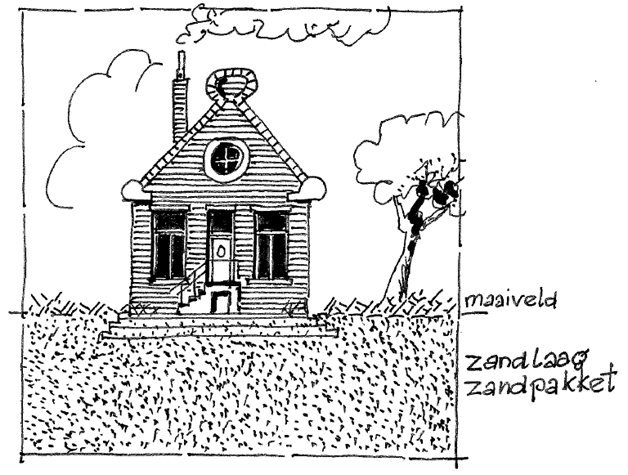 Figure 4: A building on sandy soil is often still in good condition after long time.

A building that has been built on sandy soil subsides usually not and is often still standing tight and without cracks after many years. As the sand layer is thick enough a structure can be built without a foundation piles under it. The building is simply firmly with its ‘feet’ in the sand. We say that a building is founded “on steel”. This term comes from Old Germanic and actually means resting on a hard surface. A building built on sand has usually an enlarged base. Then, the weight of the building is even better spread. 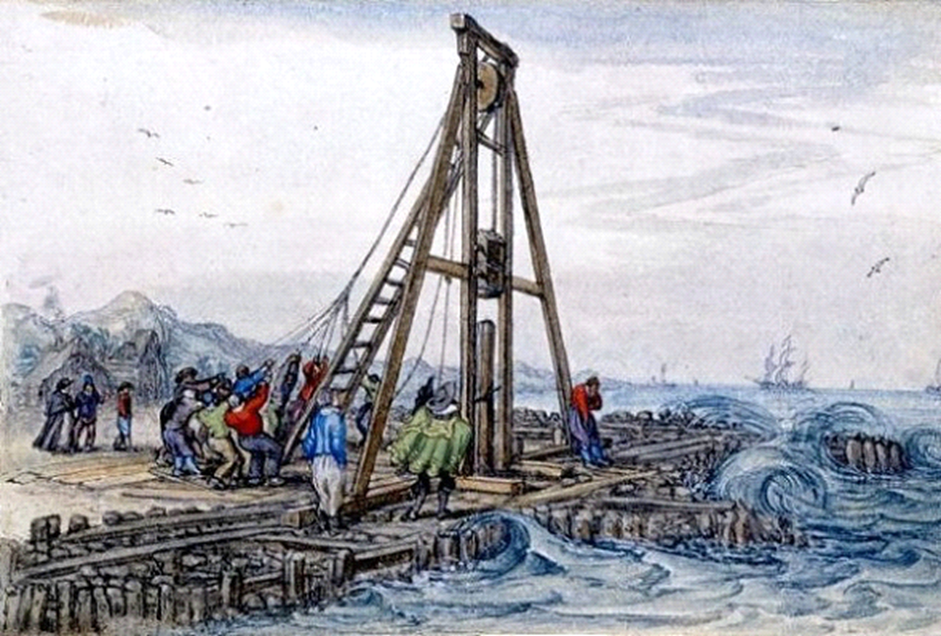 Figure 5: wooden palisades in the water were applied with manpower.

The technique of driving poles under the foundation of a building was already known in the Roman times, around the beginning of our Christian era. But in the fourth century, when the struggling Roman Empire fell apart, this foundation technique -like many other technical achievements, such as the use of cement, were lost in the dark Middle Ages that followed.  The use of wooden poles was again restored when some religious orders ware engaged to the care of seawalls in which they had to apply palisades at numerous locations of embankments in often waterlogged soils to keep the dikes on location and on height. These poles (a row of poles is a palisade) were pushed with increasingly sophisticated tools and techniques provided into the bottom. Initially done of course with a sheer manpower. The first pile drivers were developed during the industrial revolution at the beginning of the 19th century. These first pile drivers were powered by a steam power. Today’s machines are often powered by diesel fuel. Also, many hammers are now hydraulically driven. The principle of a pile driver is very simple: a heavy block of steel or stone falls repeatedly on the head of the pole causing the pole to disappear into the ground until it encounters a load-bearing ground layer.

In modern times there are many different techniques to get a pile foundation in the ground. There are also plenty of different types and forms of piles for the many different applications in construction and civil engineering. Far the most of the piles which are currently used are made of concrete. They are most time driven, but there are also techniques wherein a hole in the ground is drilled to the bearing sand layer on which the building shall rest. That hole is first installed with a steel reinforcement mesh. There after, the ground water in the hole is replaced by a type of concrete that hardens under water. These are called “in-situ” piles. However, there are still wooden poles used in boggy areas, simply because they are inexpensive and durable. Starting point in the application of these often in northern Europe, softwood piles is that the head of them is arranged below the level of the groundwater, so that they will be preserved for centuries by the often slightly acidic groundwater. 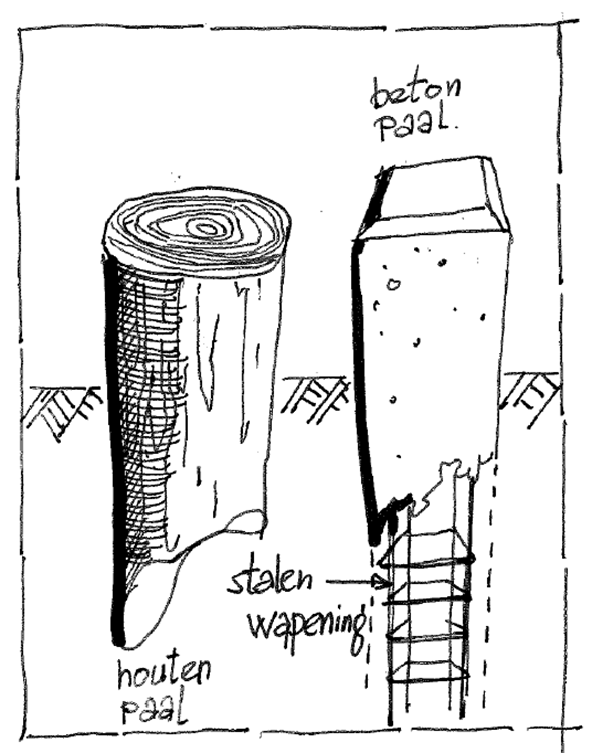 Figure 6: Fragments of a wooden and a concrete pile. 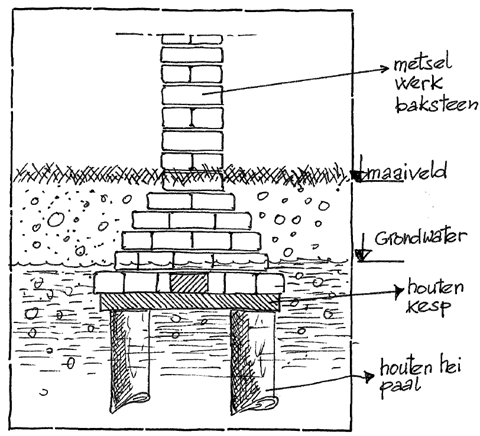 Figure 7: A technical drawing of a foundation with wooden piles.

This a bit technical illustration shows how wooden piles were generally applied; they pushed a double row of poles into the ground and laid it over a wooden “floor”, also called the kesp. On that kesp, which came to lie wholly under the ground water, the building was placed. Just as on a sandy soil there is a widened foot in order to spread the weight of the building. 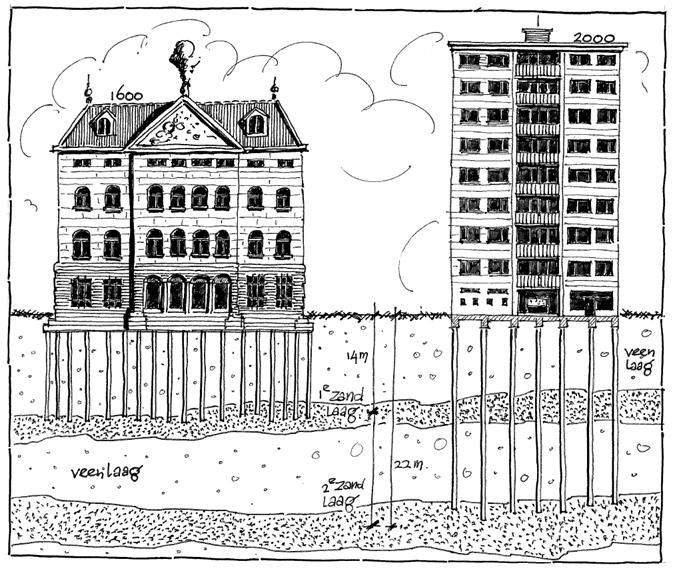 Figure 8: In the 17th century construction rested on the first layer of sand, now on the second.

With piling techniques using manpower the wooden piles could often not go deeper than the first layer of sand. This sand layer is located in Amsterdam at a depth of about 14 meters. That first sand layer is thinner than the layers of sand that lie at greater depths. The first layer of sand is on a number of sites damaged by effects of the glaciers from ancient ice ages. Nowadays, in Amsterdam, therefore the concrete piles are usually applied to the second layer of sand, which is at about 20 to 25 meters depth. In some places in and around Amsterdam, however, even the second sand layer is by geological effects damaged and one is forced to build up on the top of the third layer of sand 60 meters depth. This always happens with drilling techniques and is extremely costly. The depth at which the different layers of sand are in the Netherlands varies by region. 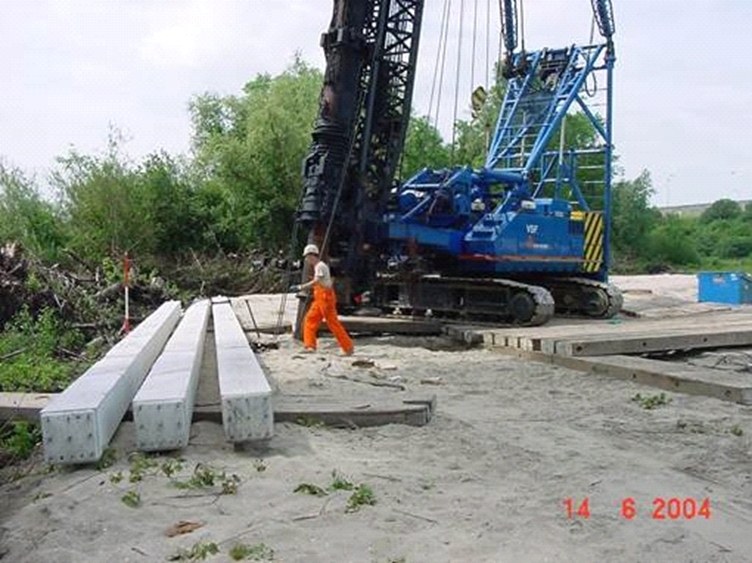 Mostly factory produced concrete piles are used. On Figure 10, the steel reinforcement stands out at the top of the piles. On the background of this picture one sees a pile driver with a diesel block. 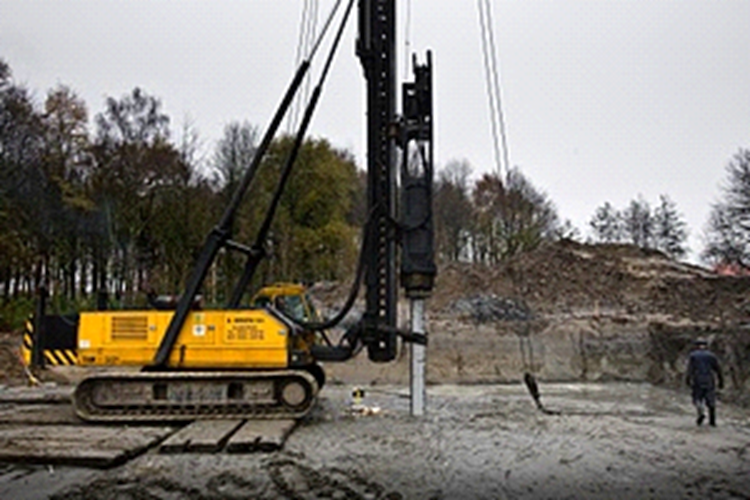 On figure 11, a concrete, prefabricated pile pushed by an, in this case, hydraulically driven pile driver.

Read also: Roads in the polders.