What in the World War II connected Clark Gable, then the “King of Hollywood”, the Netherlands and a Polish pilot? The story below, written by Jaap Geensen, presents one of the Polish-Dutch episodes of World War II and also shows the benevolent attitude of the Dutch to the Polish soldiers during the war. 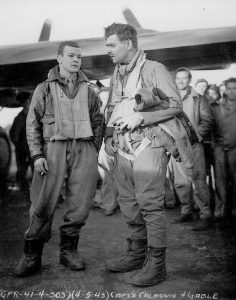 tarted within the USAAF. It served a dual purpose: make propaganda films to attract new recruits and make instruction films. When the “King of Hollywood”, Clark Gable joined in 1942 it was an important moment. He had become a world famous star in the the top movie: “Gone with the Wind”. After graduating from the air gunners school in Texas he became lieutenant. In April 1943 he came to Polebrook, England in Northhamptonshire together with the 351st Bomb Group. Soon after his arrival he became Captain and started filming “Combat America”. Gable did not hesitate to fly combat missions with the risk of being shot down over enemy territory. His first flight on a bombing mission was with the 303rd Bombardment Group to Antwerp on May 4th 1943. The target: the factories of FORD and GENERAL MOTORS. In the picture: Clark Gable (right) and pilot, Captain William Calhoun.

Some quotes from the mission report tell the story:

The visibility on the trip was perfect. The bombers, with full fighter coverage to keep the enemy off, made a faultless bomb run to drop 52 1/2 tons of 1,000-lb. bombs with deadly accuracy right on the target. The flak was slight and inaccurate and not many crews even saw as much as a puff of it. The bombers were escorted by RAF Spitfires and US P-47 Thunderbolts. From 30 to 40 enemy FW-190s and ME-110s came in for an attack which lasted about 20 minutes. Crews said they never saw so many fighters in the air at one time, with the escort fighters doing an excellent job at keeping them away. However, some came in through the fighter cover to attack the bombers. They came in so close that on several occasions, it looked as though they might collide with the Forts. Five enemy planes were claimed as destroyed and one damaged. Six to eight attacks were made on the 303rd Group. Capt. Clark Gable flew as an observer in the lead B-17, The ‘8’ Ball MK II. Enemy fighters slightly damaged this aircraft. Capt. Gable manned the radio room gun. 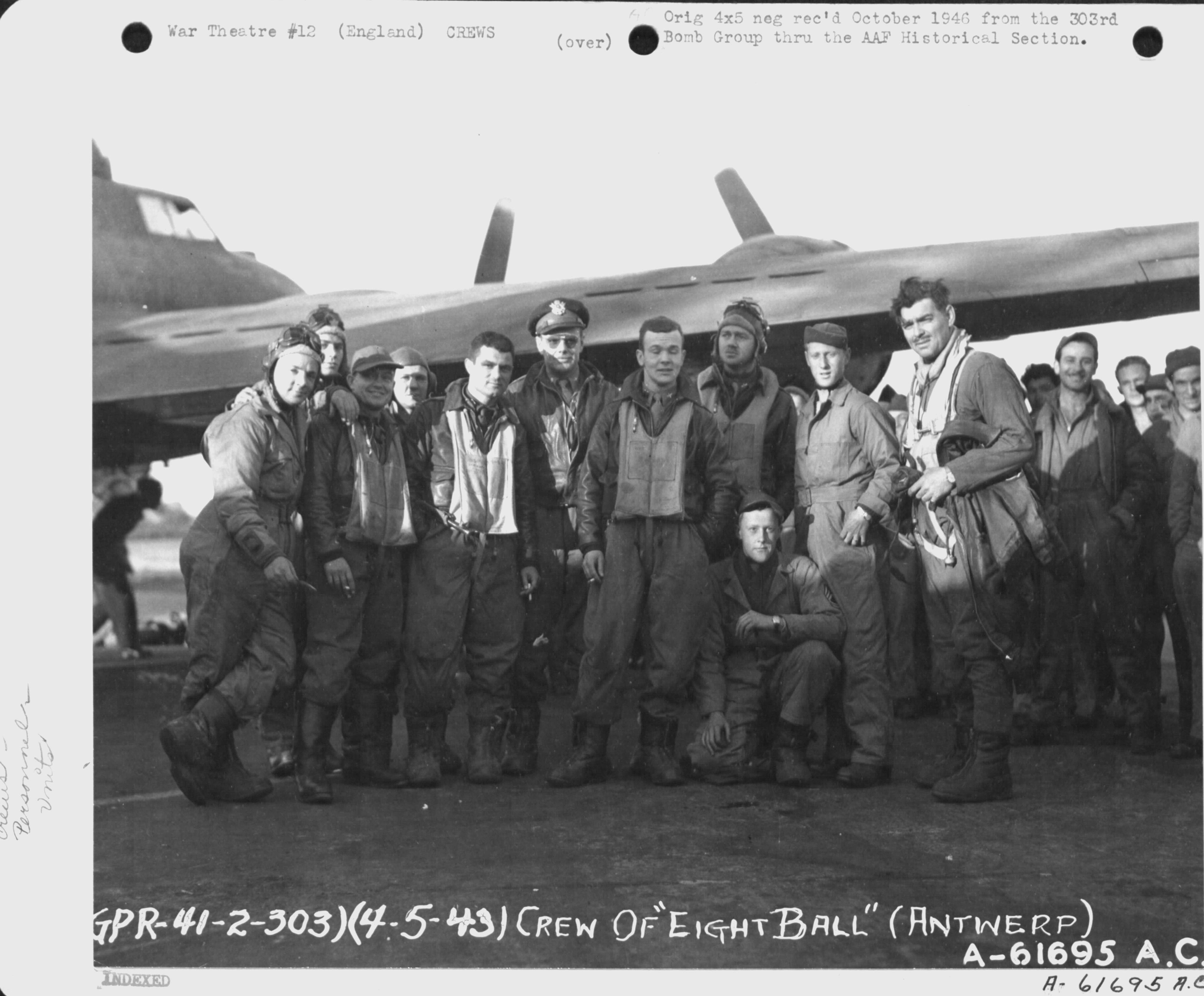 Eighth Air Force VIII Bomber Command Mission No. 54: 79 B-17’s are dispatched against the former Ford and General Motors plants at Antwerp, Belgium; 65 aircraft hit the target between 18.39 and 18.43 hours local. We claim 10-0-2 Luftwaffe aircraft; 16 B-17’s are damaged. Casualties are 3 WIA. The B-17’s are escorted by 117 P-47C’s up to 175 miles (280 km) from base. A diversion is flown by 20 B-17’s and 13 B-24’s towards the French coast arousing more than 100 German fighters (about half of the total number in the region) and keeping many of them airborne long enough to prevent their attacking the main effort. None of the 33 diversionary aircraft are damaged or lost.

The GM factory was producing Wehrmacht vehicles and Ford produced 18 army trucks per day. The US command decided to put these American Plants out of business. The 79 US bombers were protected on their way out by 117 American P-47 fighters, not able to protect them all the way to Antwerp. 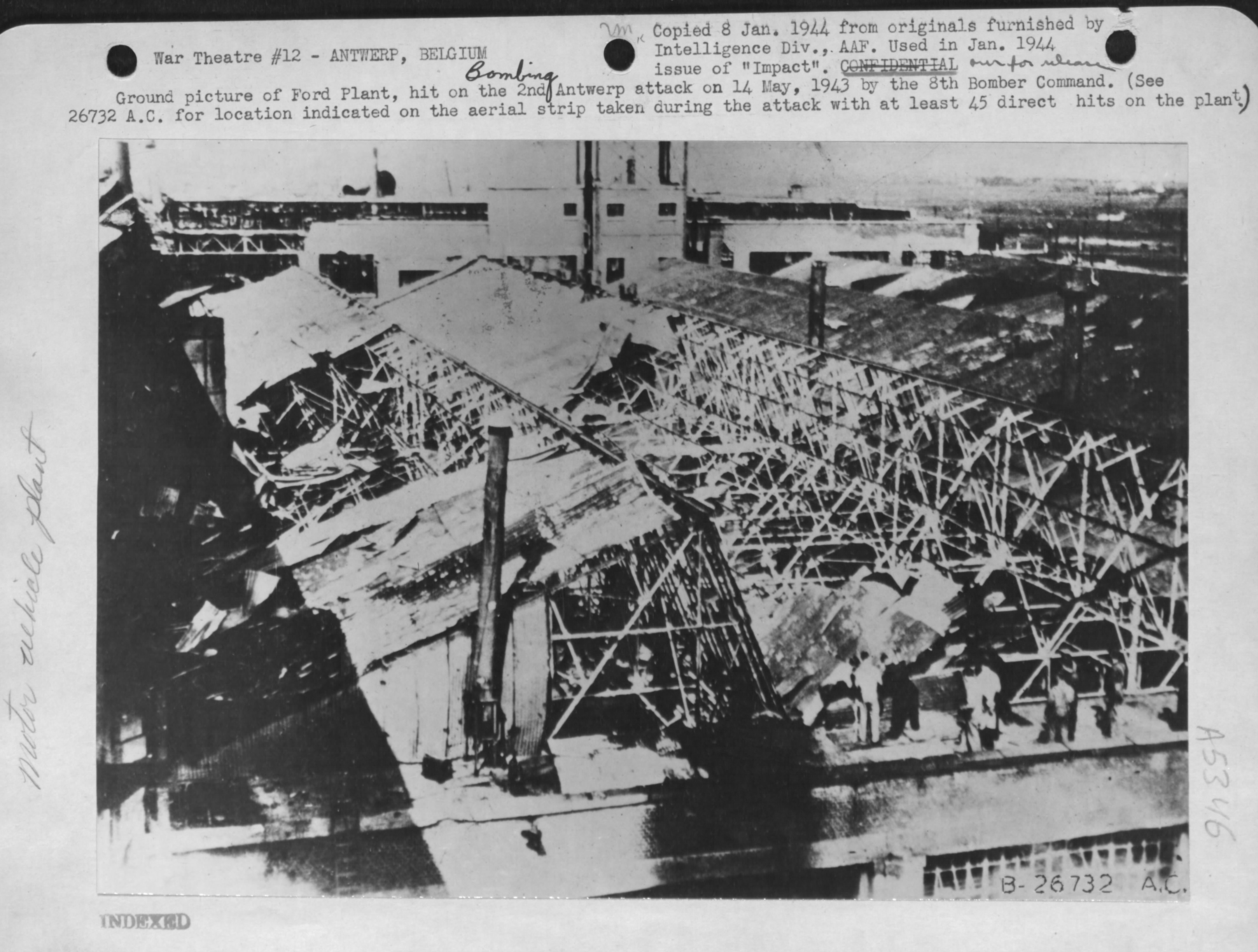 Ground picture of Ford Plant, hit on the Antwerp bombing attack on 4th May, 1943, by the 8th Bomber Command (date on the picture is incorrect!)

After the B-17’s dropped their bombs they  would be met by 6 Squadrons of RAF fighters- between 70 and 100 planes- in order to protect them against the Luftwaffe on their trip back to England. This force was rather international: The Polish 315th. and 316th. Spitfire Squadrons, a French Squadron, two Canadian Sqs and an English RAF Squadron.

Amongst these Polish pilots was Fl/O Tomasz Jan Łęgowski (his biography in Polish is here). At the outbreak of the war with Germany he had just started his second year at the Military Officers Flying School at Deblin. The cade

ts managed to escape to Romania and later with a Greek ship made it to France. In February 1940 he reached England where he volunteered for a career as a RAF pilot.  On May 4th. 1943 his 316th. Squadron Spitfires flew first to Manston the airfield closest to the mainland.This enabled them to stay longer near the bombers. After they met the returning bombers, with Clark Gable in one of the lead planes, Jan’s Spitfire was hit and he had to bail out. The Spitfire came down disintegrating just North of the city of Hulst where it narrowly missed a farm and the boy and girl that were working in the field just outside. The engine crashed between the farmhouse and the barn without inflicting any damage. Photo: Jan Łęgowski.

Jan drifted away with his parachute in an easterly wind and flew all the way to a farm near Zaamslag. There the farmer and his wife helped him by collapsing his chute which was billowing in the strong wind. Jan managed to give his pistol to one of the young men that came  running towards him when they saw him coming down. He had suffered injuries on his leg and teeth.Very soon the Germans arrived and he was taken POW. A girl who waved Jan out when he was sitting in the Wehrmacht car was also arrested for being friendly with the enemy. After a night in jail with the SD in Terneuzen she fortunately was released. 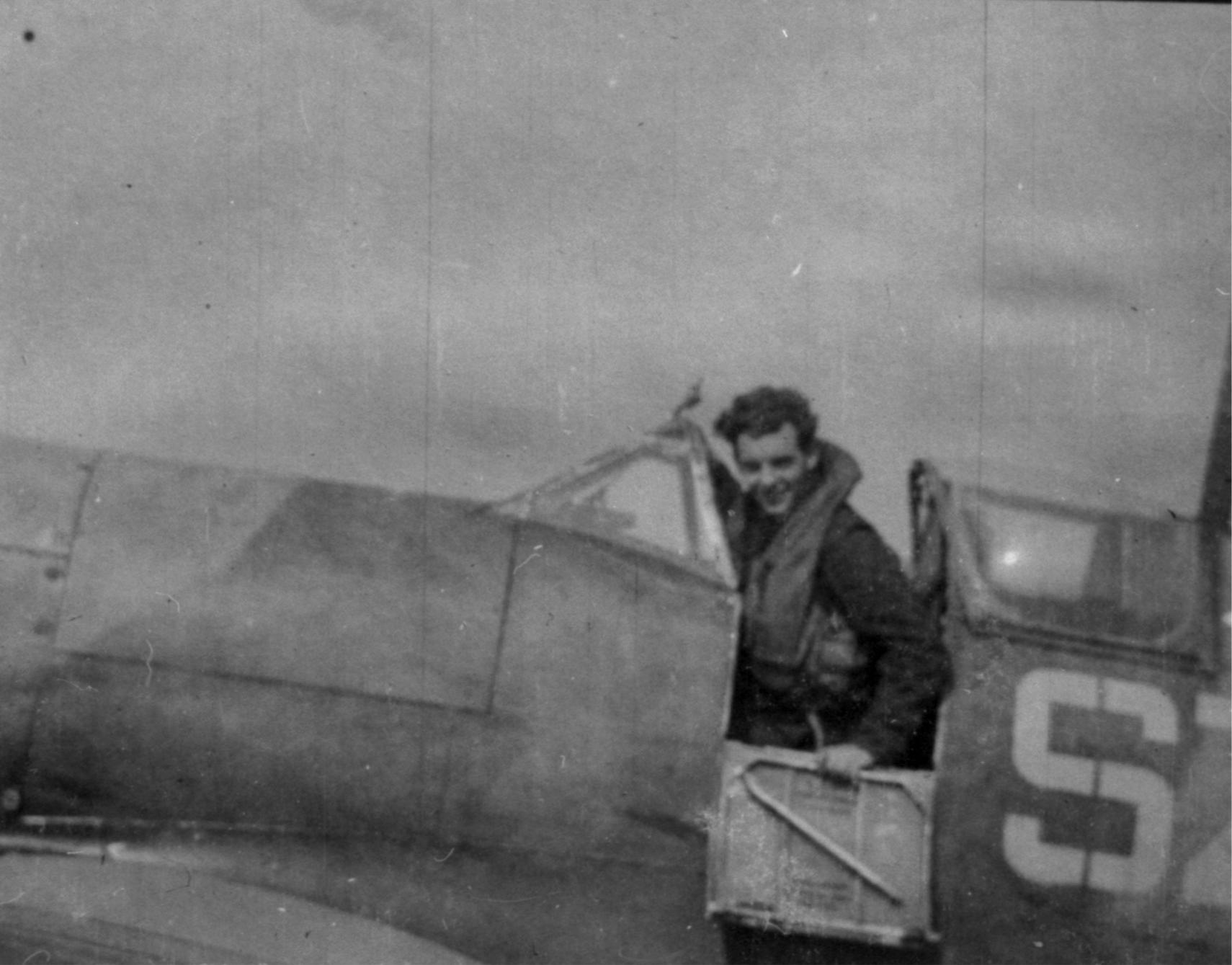 Jan was driven by the German officer to Hulst and of course he was shown what was left of his Spitfire. When the German noticed the Polish red and white on the engine cowling he asked him: “Achso, Sie sind Pole?”  Jan’s answer was:  “Yes I am Polish”  (in English!!) He was put in a police cell for the night. There he learned that from the other Polish Squadron, the 315th, another Spitfire had been shot down some 6 Km’s north of Hulst and the pilot Fl/Lt Maciej Jerzy Lipinski had not survived. This news, he told later was very emotional for him. 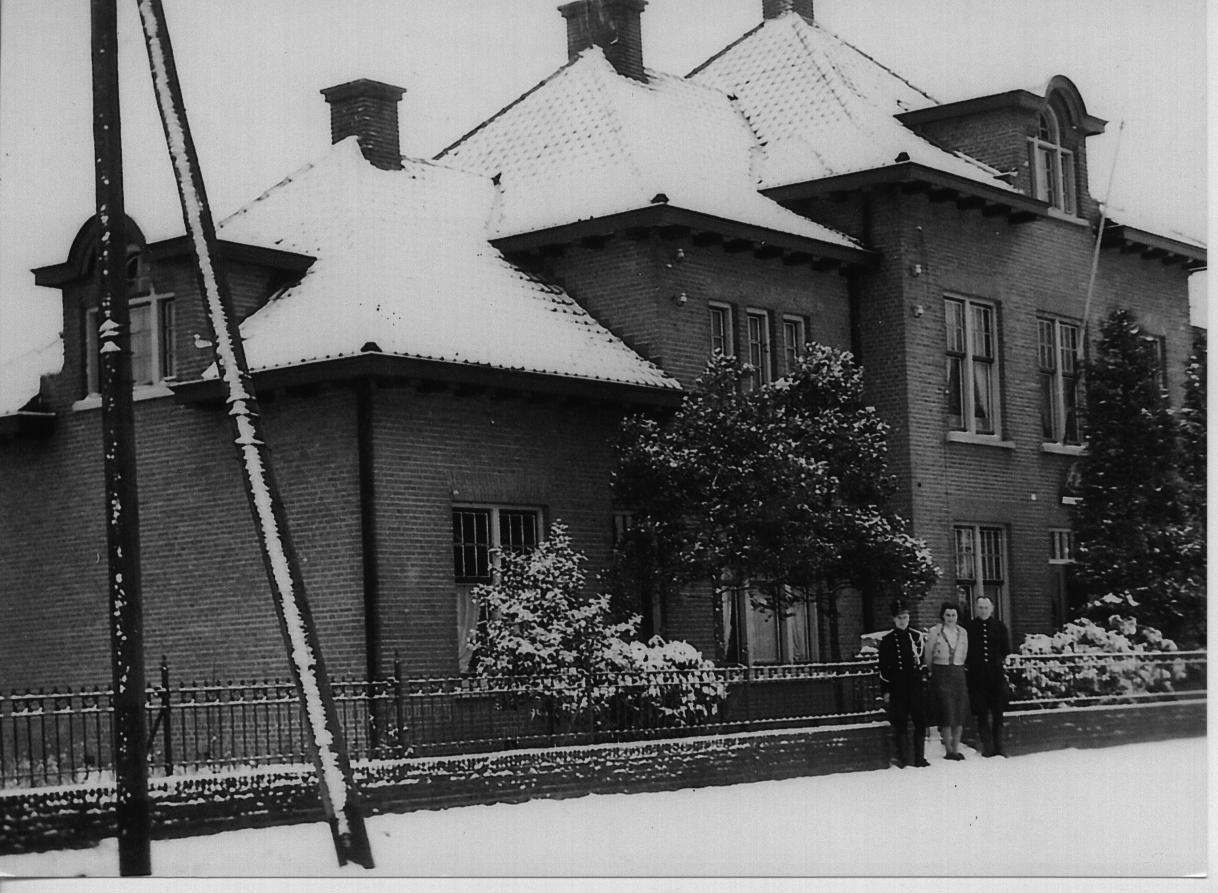 All this happened at the end of the day, after 7 o’clock and the family living in the police station could not do very much for Jan. However Mrs. Stoorvogel brought him something to drink and some “nice smelling soup”, Jan remembered after 66 years.The son of the house got permission from the German guard to speak with Jan and he spent hours talking to him in the cell. Jan’s comment: “This made me feel less alone”.

Two of the Polish pilots protecting the world famous Oscar winner Clark Gable on his first active mission did not return on their base that day.

Captain Clark returned to the US in October 1943 with 50.000 feet of film to be edited as Combat America, a 62 minutes film.

In 2009 I managed to  locate Jan Legowski, then living at high age in Switzerland. Unfortunately he was not mobile enough to visit the places where he had been in The Netherlands but his family and relatives did so on various occasions. We visited the farm where his Spitfire crashed and also the one where he landed with his chute. 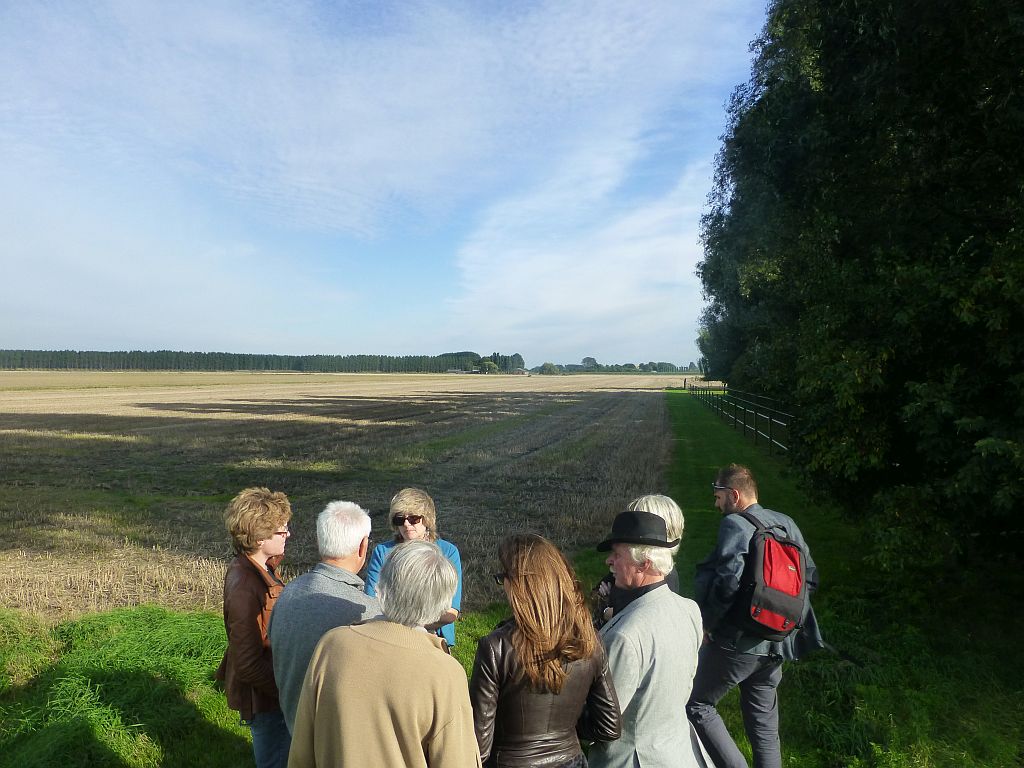 The pilot relatives visiting the crash field in Zaamslag 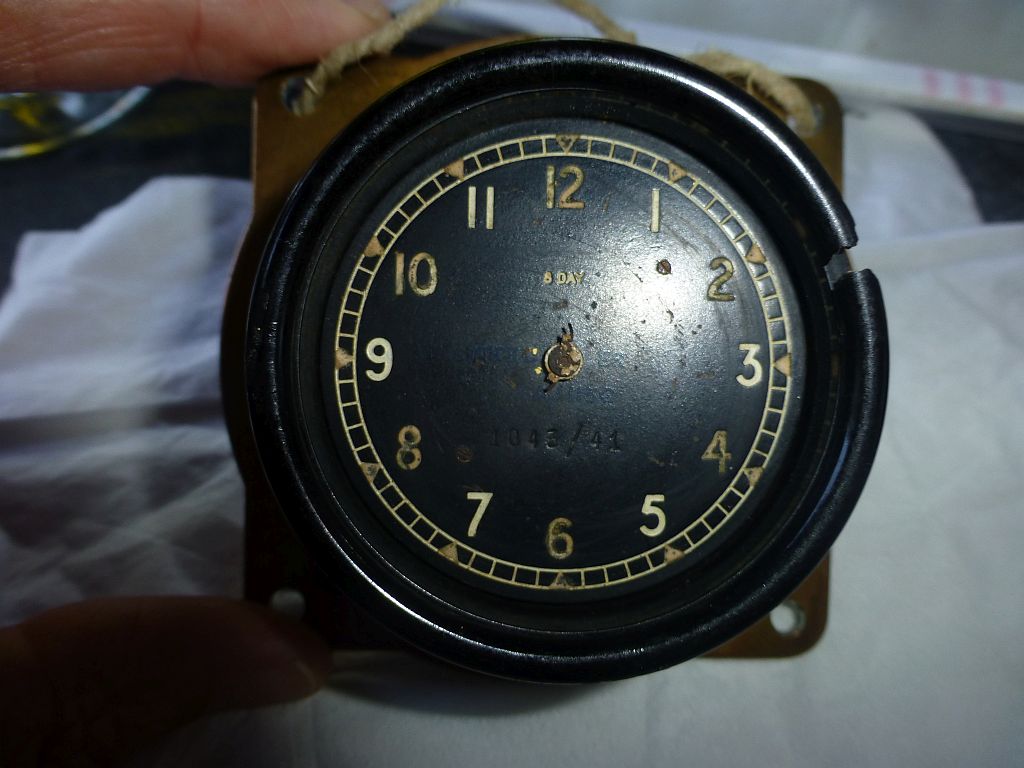 Also Tom Stoorvogel was able to tell his part of the story to the relatives. Jan was presented a Delft blue rememberance plate of The City of Hulst as a late recognition for what he did as a young man. 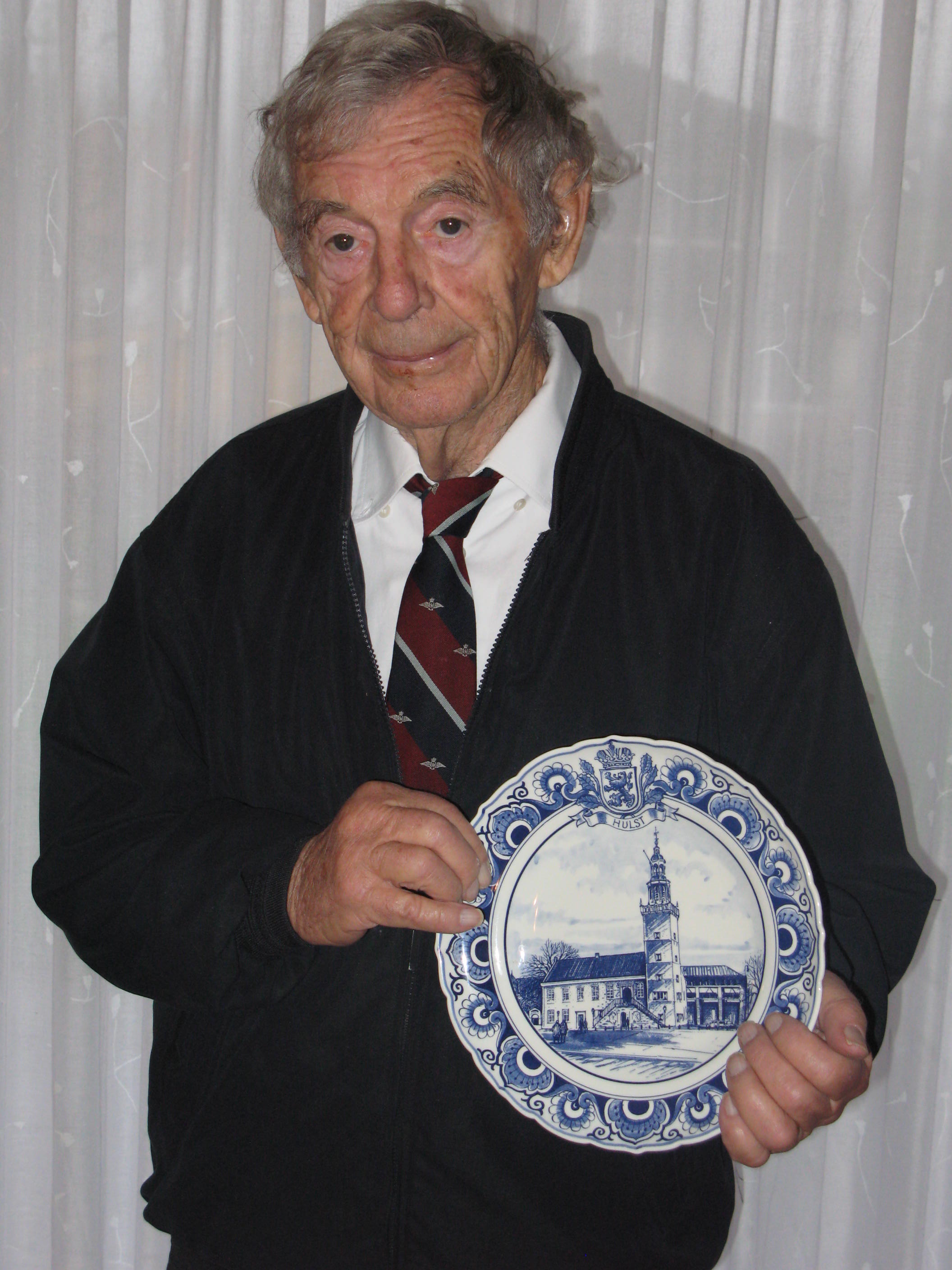 He has not been forgotten.

We wish to thank for the Author and Łęgowski family for pictures. 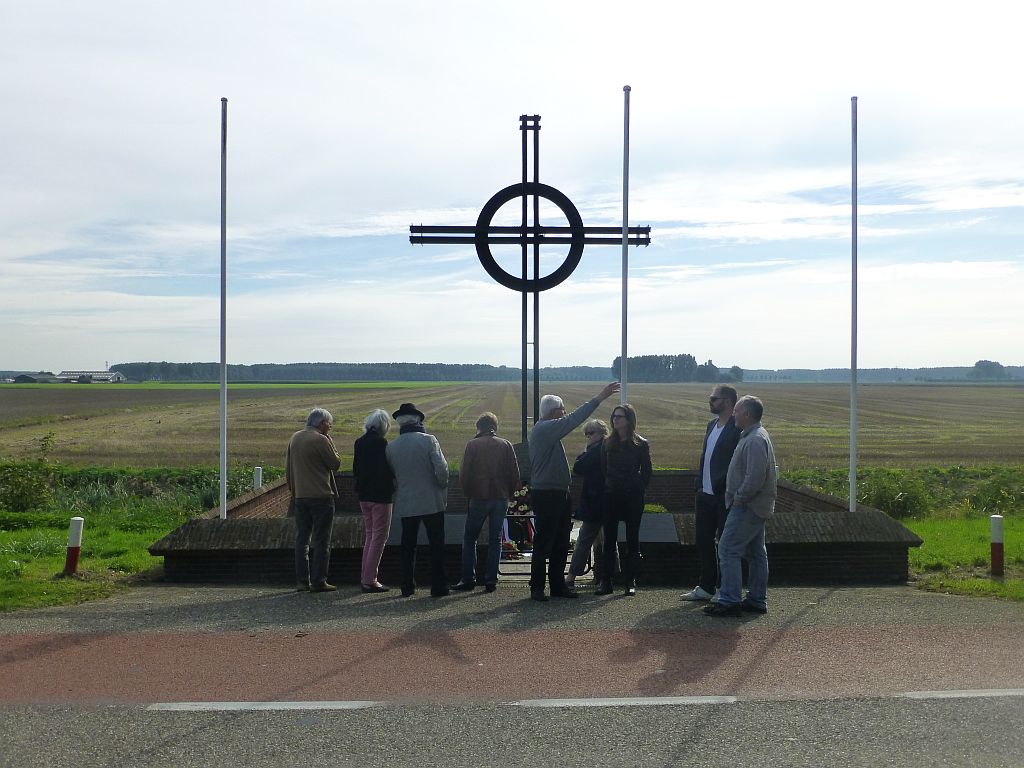 On the picture:
Mr. Jaap Geensen shows the members of Jan Łęgowski family the Dragoons Cross in Axel. You may read two other texts written by Mr Geensen about Polish liberators of the Netherlands: Axel 1944-2014. Remembered and Polish success underexposed.