Despite the fact that World War II ended over 70 years ago, many war mysteries are still to be resolved. We are therefore very happy that our website Holandia bez tajemnic (The Netherlands without secrets) helped to solve at least one of them – to determine the burial place of 22-year-old Klemens Dąbrowski, who as a soldier of the Polish 10th Regiment of Dragoons, which was a part of 10th Armoured Cavalry Brigade of the legendary 1st Armoured Division of General Maczek, was killed on September 17th, 1944 r. in the battle of Axel. This was made possible thanks to our good cooperation with Mr. Jaap Geensen, an amateur historian and archaeologist, who is a great expert on the WWII history of the region Zeelandic Flanders. This particular region was liberated by the 1st Armoured Division of General Maczek. Extensive historical knowledge and the great meticulousness of Mr. Geensen allowed not only to find Klemens Dąbrowski burial place (his grave is located in the Canadian War Cemetery in Belgium Adegem), but also discover his adopted military name (which was indeed a big surprise for his family). The fate of a young soldier reflects a complicated history of Polish people from Pomerania in the WWII time.

It has been told in the essay written by Mr. Zbigniew Lorkowski, who is a relative of Klemens and who asked Hbt for help in locating the grave of the young soldier. Below we present extensive passages of this essay, while encouraging you to read our texts about the battle of Axel, which will help understand better the background of those events.

History of Klemens Dąbrowski from Bochlin (western Pomerania) is interesting, but also a typical example of the fate of the Pomeranians during World War II. I was told about him by my Dad Kazimierz Lorkowski, who informed me that his cousin Klemens had died in the Netherlands as a paratrooper during Operation Market – Garden at Arnhem. Anyone, who has ever had the opportunity to watch the “A Bridge Too Far” movie, realizes how intriguing was the fact of the alleged participation in that battle of a close relative. Unfortunately, the search gave no result; there was a lack of his name among those killed during the operation. Only a statement of Klemens’s sister Lidia from Wroclaw allowed determining his fate and the last moments of life. The truth was different, but it does not mean that less exciting and intriguing.

Klemens Dąbrowski was born on February 7th, 1922 in the village Wielgłowy near Morzeszczyn. His parents were Anthony and Martha (de domo) Świeczkowska. […] Probably the family lived in Wielgłowy for a short time and already around 1924 – 1925 years moved to Bochlin near Nowe. Here Antoni became a manager of the Bochlin Szlachecki estate. […] Klemens graduated there from a primary school and later worked on the farm. 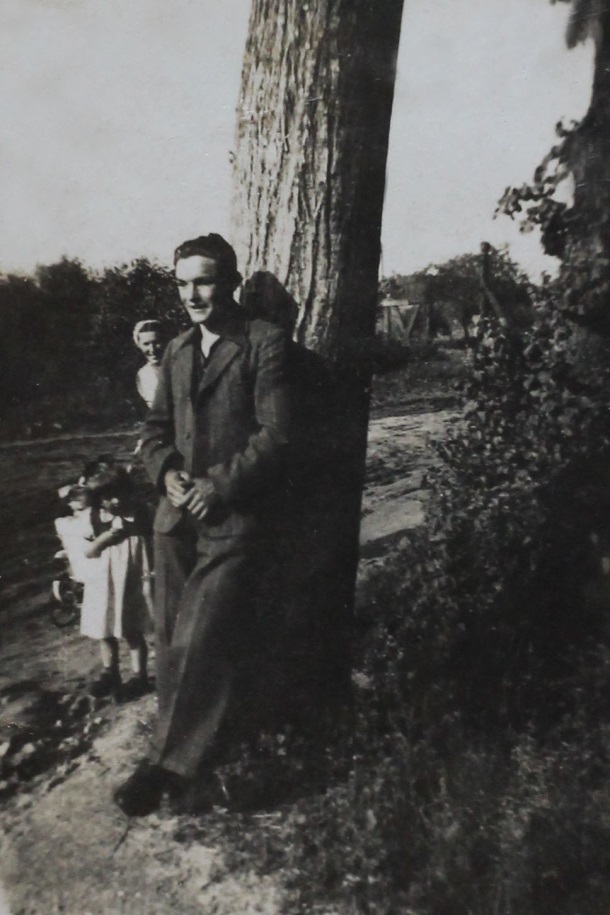 […] A World War II period came. Let’s go back again to the memories of Kazimierz Lorkowski:

The supervising SS-man who carried out the census of the Lorkowski family property in Kończyce did not seize the farm and we all had to maintain it. It was hard and sometimes we lacked bread. But the good Uncle Antoni Dąbrowski from Bochlin used to help us. His family could stay in the farm, as Aunt Martha had in Germany two brothers and a sister. Local Germans knew it and reckoned with it. Thanks to it our aunt and uncle could help injured people and the poor. […]

At present the way Klemens was subscripted to serve in the German army is not known. Probably he was called up for military service around the year 1943-1944. Perhaps it took place after signing by Dąbrowski family a Deutsche Volksliste [DVL]. After a short period of recruit training he was sent to the frontline service. How he got to the 1st Armoured Division of General Maczek, the famous “Black Devils”, is not known. There could be two possibilities: captivity and POW or escape to the Allies through the front.

After throwing out the German uniform, young Dąbrowski became a member of the 10th Regiment of Dragoons remaining a part of the 10th Armoured Cavalry Brigade. In the Polish army he served as a senior dragoon, and for his safety, as well as his family in Bochlin, he replaced his name by Józef Dekarski. It was a standard procedure used in the recr

uit process to Polish Armed Forces in the West. The 10th Regiment of Dragoons alluded with its tradition to the reconnaissance squadron of the pre-war 10th Cavalry Brigade. After reconstruction and multiple changes the unit reached its final status in March 18th, 1944. The 1st Armoured Division joined the battle at the beginning of August 1944, becoming a part of the II Corps of the 1st Canadian Army under the command of General Guy Simonds. In August 1944, Poles took part in two operations: “Totalize” and “Tractable”, the latter successfully completed in the form of encirclement at Falaise. On September 6th the unit crossed the Belgian border, and ten days later the Belgian-Dutch border. The next day, on September 17th, in the battle of Dutch Axel, Klemens Dąbrowski was killed.

At present, there are two versions of his death. Post war death certificate indicates as the place of death the farm Du Bosch nearby Axel. 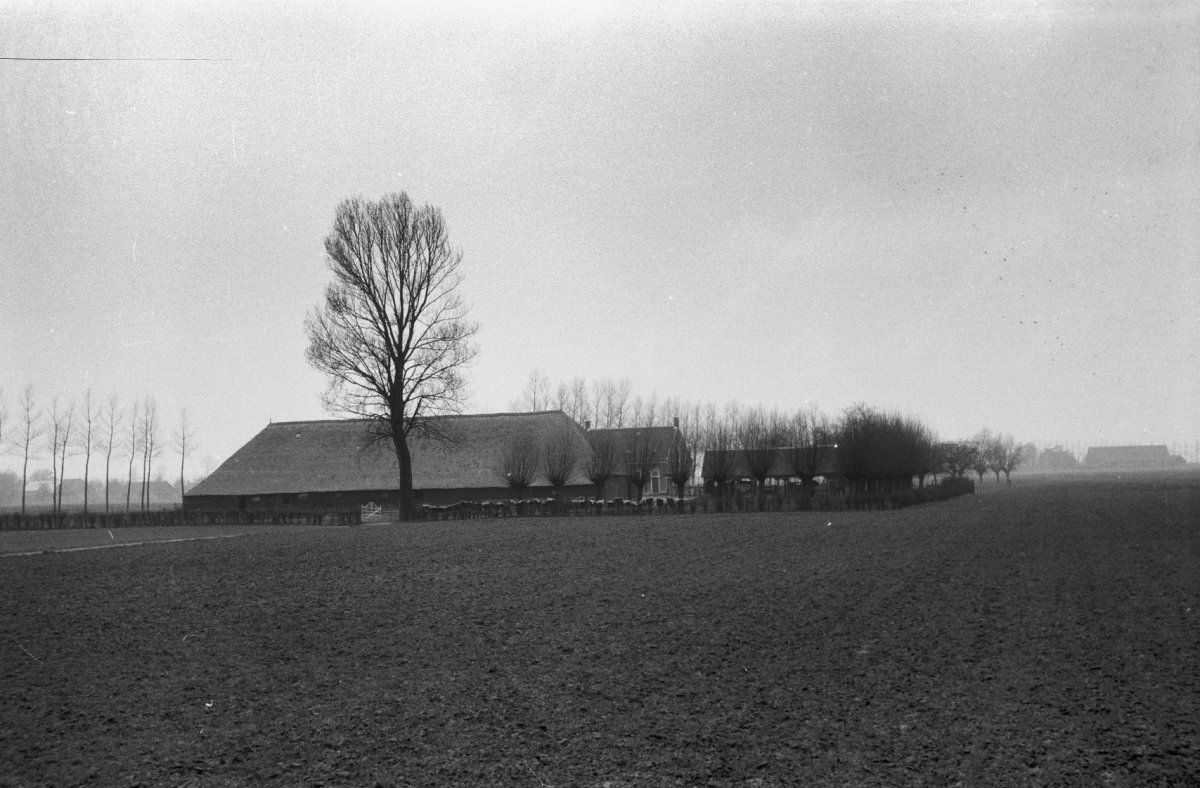 The second version of Klemens Dąbrowski death I received from Mr. Jaap Geensen, a Dutchman who is interested in World War II. It suggests that Klemens died in Axel, but on Hulsterseweg Street near the house number 55. 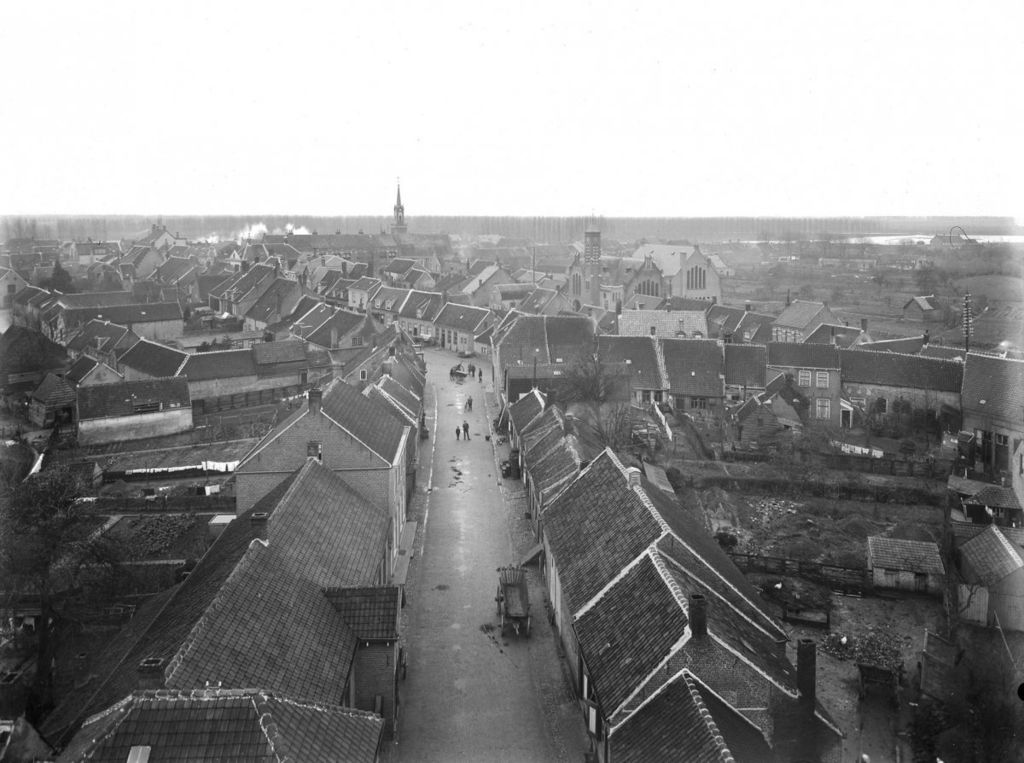 Let’s go back to September 16th. In the evening, most of the soldiers of the 10th Regiment of Dragoons succeeded in crossing the channel in the region of Du Bosch and created a bridge-head, not very strong however as devoid of armour and anti-tank support. Sappers of the 10th Company started to build the bridge, but it turned out they did not have all necessary accessories. Then they built a makeshift footbridge, so transporters Bren Carrier could drive through.

This situation deprived dragoons of the support while they had already passed to the other side of the canal by boats. What’s more, the crossing of carriers was stopped when one of them fell from the bridge into the water. Squads moved forward without meeting much resistance from the Germans. But due to the worsening radio connection and dispersion of troops they were ordered to retreat and form a consolidated bridge-head. On September 17th morning Germans, after intense artillery and mortar preparation, launched a counterattack supported by fire from the armoured vehicles. Defense of the 10th Regiment of Dragoons broke down and there was a retreat. Germans closed down the foothold, and dragoons suffered heavy losses: 74 killed and wounded, including 2 officers.

Klemens was buried in Belgium, at the Canadian War Cemetery in Adegem, along with 1155 Allied soldiers, including 33 Polish men. His grave is situated in quarter XII, row B, No. 10.

Mr Lorkowski has not finished his searches on receiving this information. He is currently awaiting materials from the Germans and English archives and hopes that at the fall or winter of this year he will be able to supplement his information about Klemens Dąbrowski. We wish him to success in his searches.