Dutch cuisine is not very sophisticated as its basis is nutritious, yet simple peasant food. How modest this cuisine is shows the traditional dish which consists of long boiled potatoes with vegetables, glazed with brown jus sauce. 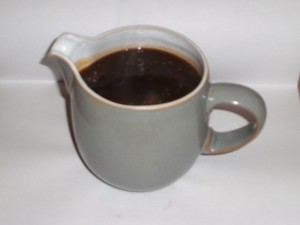 And this sauce is made of butter or other fat mixed with natural juices given off by the baked meat and… remains of the meat scratched from the pot.  It is served with balls of minced meat, so called gehakt-ballen. The positive side of this cooking is that Dutch are penchant for eating vegetables, which are a compulsory part of the dinner. In the past poor people of the Netherlands ate mostly potatoes, which were for them what cereal was for Poles. (Before the potatoes era their meal was based on bread and parsnip root.) On the photo: jus.

As food was cooked in one pot and potatoes were mixed with vegetables, another very traditional Dutch dish was born this way – called stamppot. 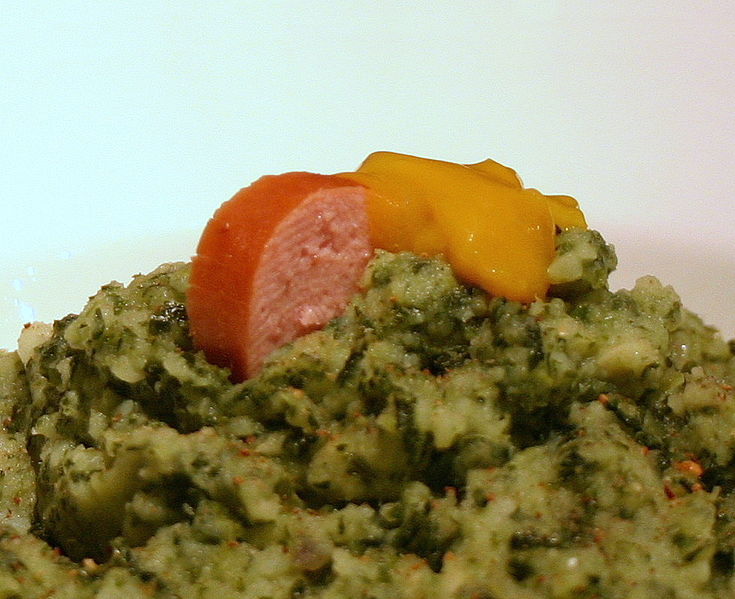 Only before World War II the Dutch began to eat a three-course meal. Love of potatoes has not expired, however, and especially in the most favorite form is French fries, eaten in many different ways – with salt, mayonnaise or with exotic sauces. There is something else to say about the taste of traditional Dutch cuisine – it has an advantage, a positive effect on male fertility, which has been proved by scientists at the Erasmus University of Rotterdam.

The Dutch cuisine is greatly influenced by the colonial era. Huge imports of pepper, nutmeg and cinnamon favored the widespread consumption of those spices – of course they were affordable only for wealthier people. These spices are readily used today. Nowadays Dutch people largely resort to recipes from other countries, especially exotic Chinese and Indonesian cuisine, popularized after WW II by Indonesian immigrants. They also like to benefit from the meals ready to eat. The biggest meal of the day – dinner – is served only in the late afternoon (at 6 pm), or even in the evening. The Dutch are also fond of sweetness and drink a lot of coffee.

The most common breakfast consists of bread, cheese and tea.

A typical Dutch dinner, on normal days has three parts. An opening (most time a thin soup), the main part (most time potatoes with vegetables, often with meat) and a closure (fruits or a porridge).

It is a very popular dish, based on potatoes mixed with other vegetables and served as a puree. There are many variations of this dish: 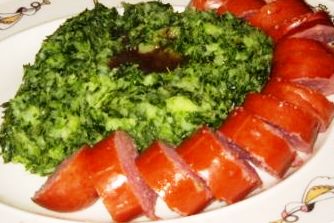 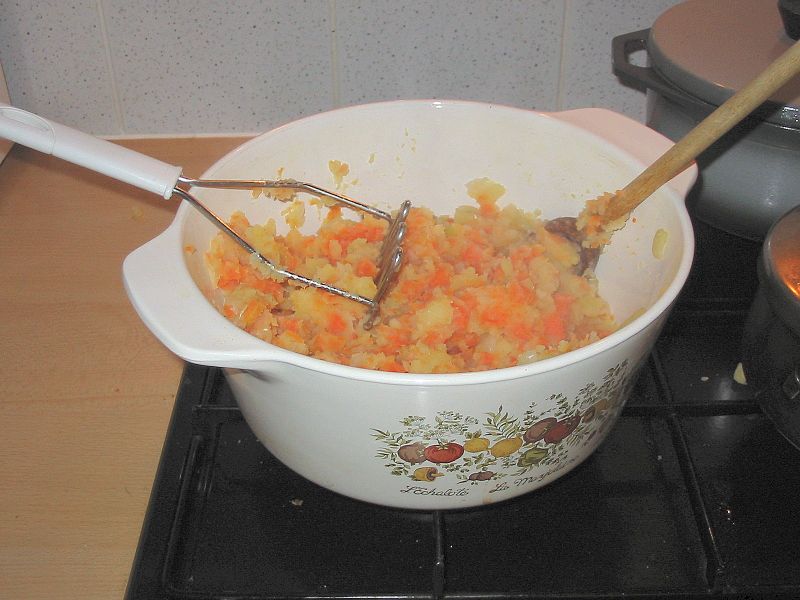 Usually very thick. The most popular are: 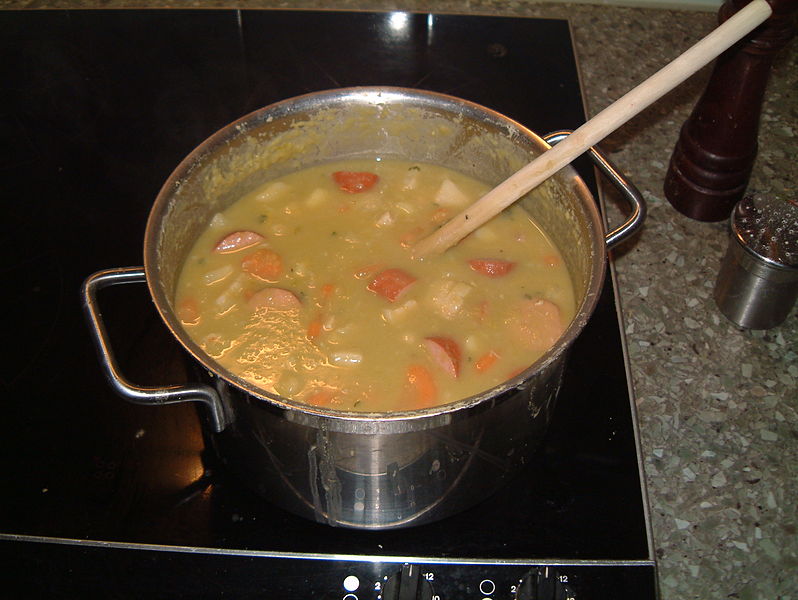 Thick soups are mostly used as a dinner replacement. But tradition is there is fruit served as a last part of the soup-meal. Another use is just as starter of a dinner but the portion is then much smaller. Traditional thick soup is served when the time for dinner is limited (on Queen’s Day or Liberation Day, etc., when the children want to join – with parents – the evening parade with candles and other lights, that kind of days. Also on days of the spring cleaning of houses and farms).

They are eaten boiled, mashed or as – loved by the Dutch – French fries, consumed also separately with salt, mayonnaise, ketchup, onions and satellite or pindasaus sauces.

The favorite type of meat is poultry and beef. Beef is consumed in the following form: 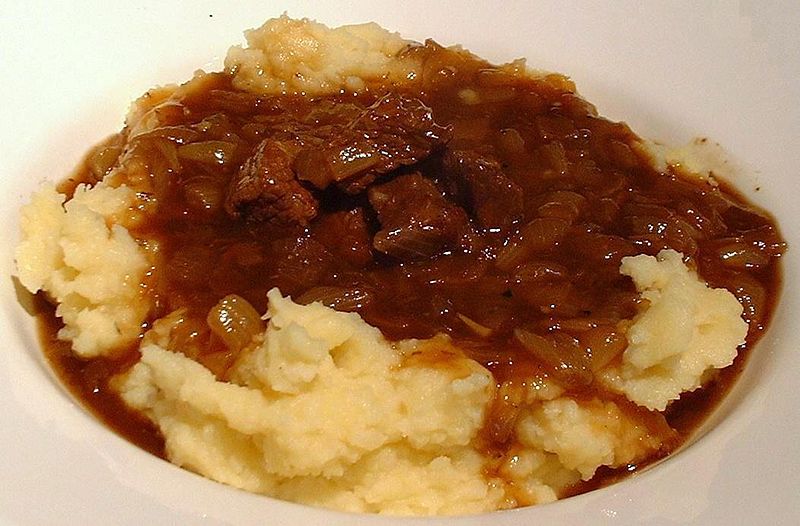 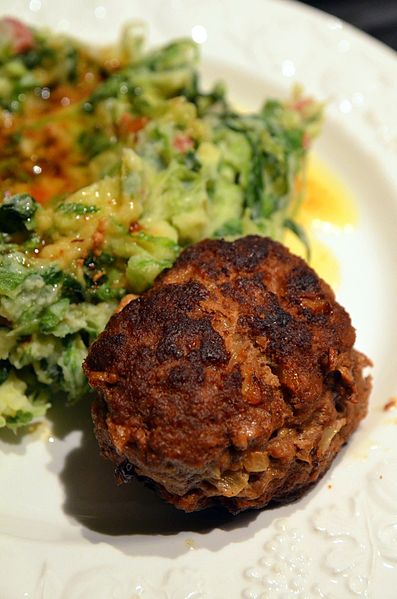 Favorite vegetables are: cauliflower, Brussels sprouts, endive, leek and asparagus – the latter are preferred  to be eaten in the spring.

Herring (Hollandse Nieuwe or maatjesharing) – a one-year, very soft and not too salty, traditionally eaten with raw onions, sold in street stalls (eaten when holding it by the tail).

It is produced in many types, often by a secret family recipe, as almost every farm has its own product. The taste of the cheese can be enriched by cumin, mustard seeds, mustard and cloves. Their names are connected with the village or the neighborhood in which they were produced. Most well known are: Gouda, Leerdammer, Edammer, Maaslander and Amsterdammer. 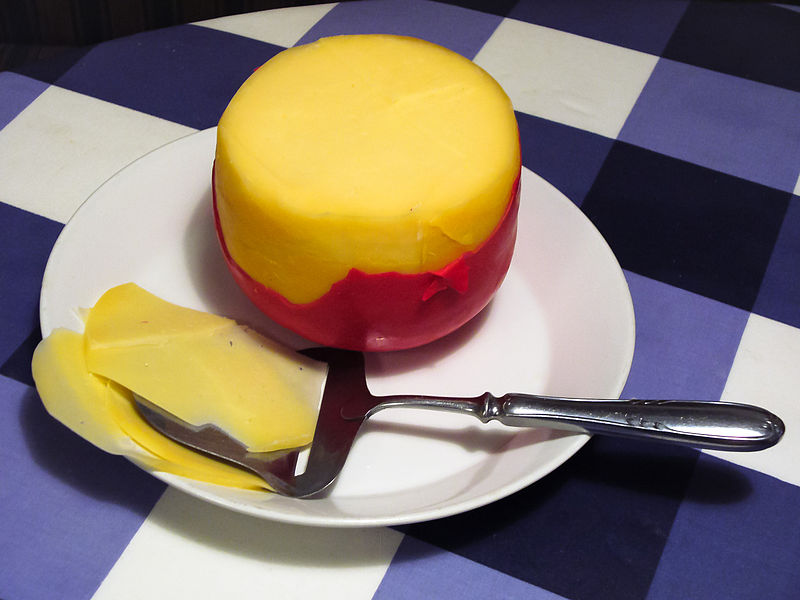 Depending on the maturity, cheeses are divided into few categories: jong, jongbelegen, belegen, extra belegen, oud and brokkel kaas. The last one cannot be sliced by a kaasschaaf. Kaaschaf is a special tool for cutting cheese into slices.

Dessert (toetje) is an integral part of the dinner. For lack of something better it might be pudding or sweet pear. The most favorite sweets are: 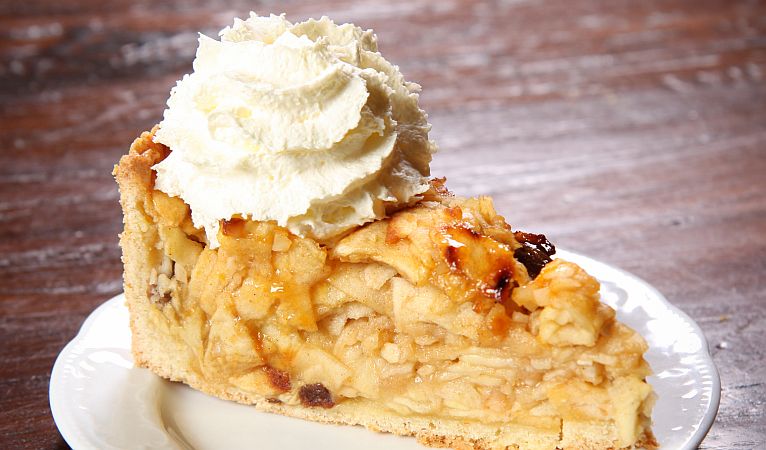 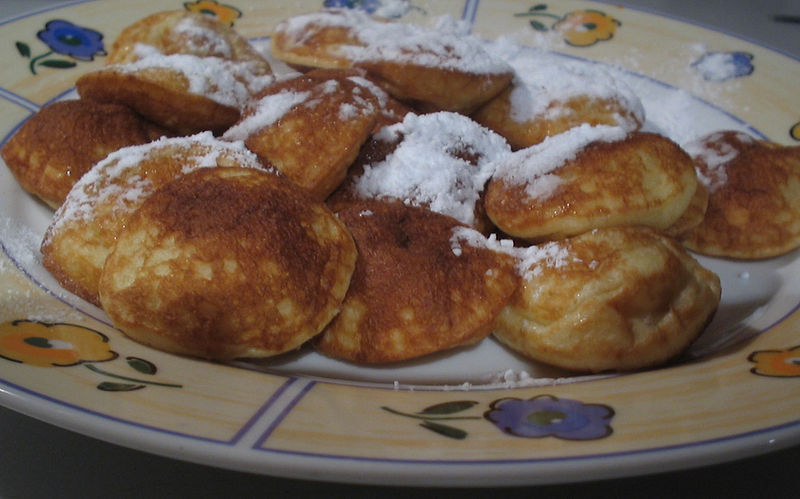 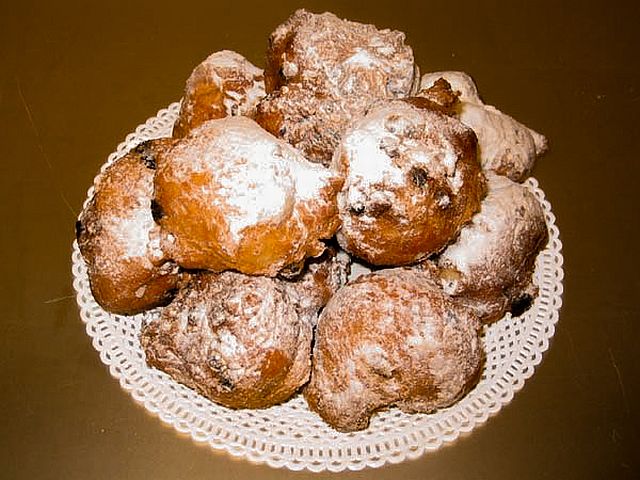 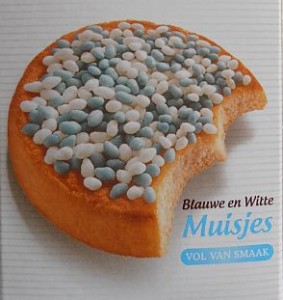 Dutch peculiarity is to eat bread with sweet cupcakes in different flavors (Hagelslag), such as chocolate or anise. Anise is served, traditionally, after the birth of a baby, to visitors and on a birthday breakfast to a crown year.  A crown year ends on a 0 or a 5.

In the pic: Hagelslag

h, Amstel – is well known in the world. Beer is often served to the meal. When it comes to a stronger alcohol, the most popular is gin, called jenever here. Gin is of a very thick consistency, produced from molasses with juniper berries. In past centuries it was used for medicinal purposes.  There are two kinds of them. The first is “white” jenever. Old Dutch genever sounds like ginever, and is a Dutch invention. The English took the idea over under the name of gin (short for genever). It is a clear drink and it looks like water. The native Americans even called it “firewater”. The second kind is herb jenever – jenever with the juice of herbs. Because of the variety of herbs it has many tastes depending on local recipes and additions. It has a dark colour. This drink is called bitter. A special one has an orange colour and is served on the birthday of the queen or king.

In the photo: herb jenever.

Interesting note:
Cognac was also invented by the Dutch. They started to distal wine that had to be transported to their colonies. The idea was to add the same amount of clean water back into it, after arriving there. In this way they reduced the volume needed aboard of their ships. The wine that was most suitable for this was the wine from the cognac area in France.

Alcohol can be produced by smaller manufacturers. It is often sold in special brown stone bottles. 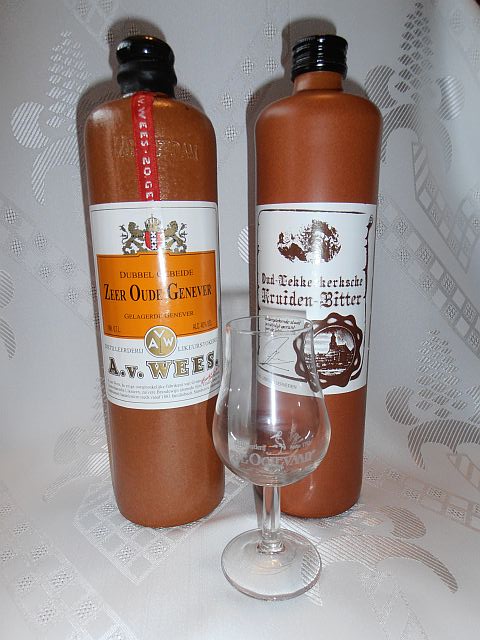 In the picture left: – Zeer Oude Genever, a big rarity; on the right Kruiden Bitter from Lekkerkerk

P.S.: There is an excellent blog on Dutch receipts by Nicole Holten.