Everybody driving through the Netherlands can easily notice that Dutch people care much about the environment and it’s hard to find here a plastic bottle on the ground. There is no other choice for this small country, where every inch of the ground has its price. The Dutch found even how to turn throwing garbage into a trash can a kind of sport attraction! That’s how children are taught respect for their homeland.

Below we present a few ways of “how to keep the Netherlands tidy”. 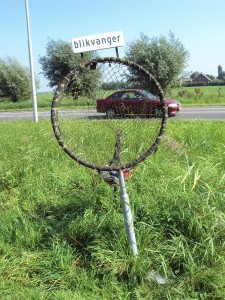 A blikvanger. A “blik” is a little tin in wich one can buy drinks like cola. A blik is also what a human eyes sees. A “vanger” is a “catcher”. Along the bike/moped lanes, along boys and girls to go school, etc. the dutch have placed these “blikvangers” some years ago. The sport is while driving along them, to drop the empty can into them. Even when they fail, the garbage collector has an easier job to keep “Holland tidy”. Today most of school children drop all their waste, while biking, in them. It is a kind of sport to them.

Photo: a typical “blikvanger” in the Lekkerkerk area.

Second step:
Outside the village people put used plastics together in plastic bags on collecting points along the local roads. On a fixed time, a fixed day every second week, the garbage collecting car drives the route and collects them. So people put their waste to the street in the evening and it is gone next afternoon. The amount of waste does not change, so the garbage men don’t fear for their jobs and like and promote it! 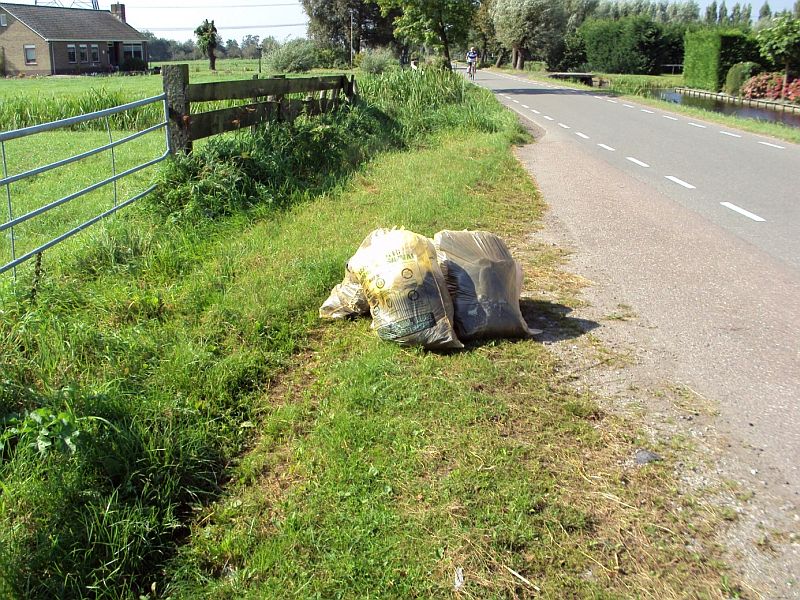 In the villages some lampposts do have a funny band with knobs around them. The people in the village put their plastic bags with used plastics in them, to that knobs. So collecting the waste is rather easy. 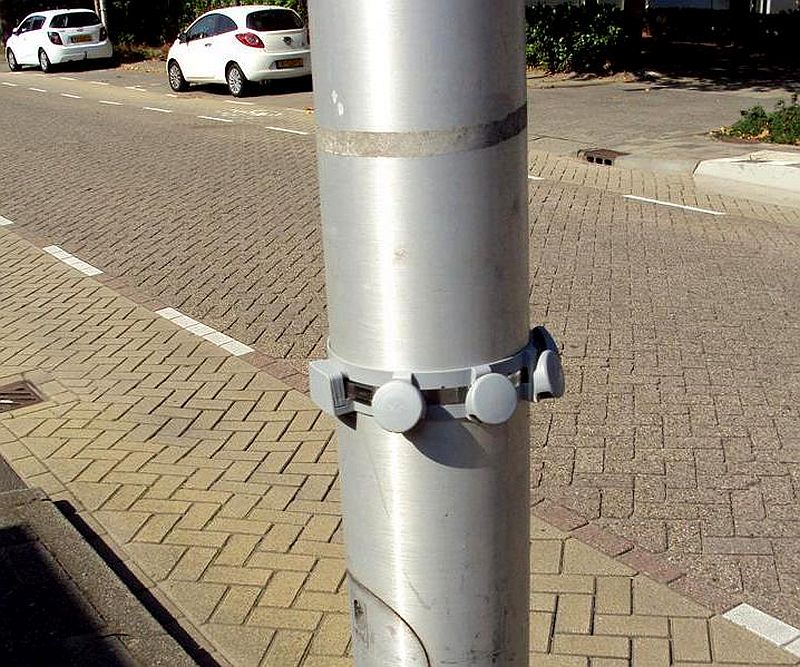 Sometimes “naughty boys” move that band with knobs from a lamp post to the lamp post near the house of an old couple, a single women, or a girl they like, etc. It makes other people smile.
(Note: on red pavements, motorized traffic does not have the right of way over bicycles and pedestrians!) 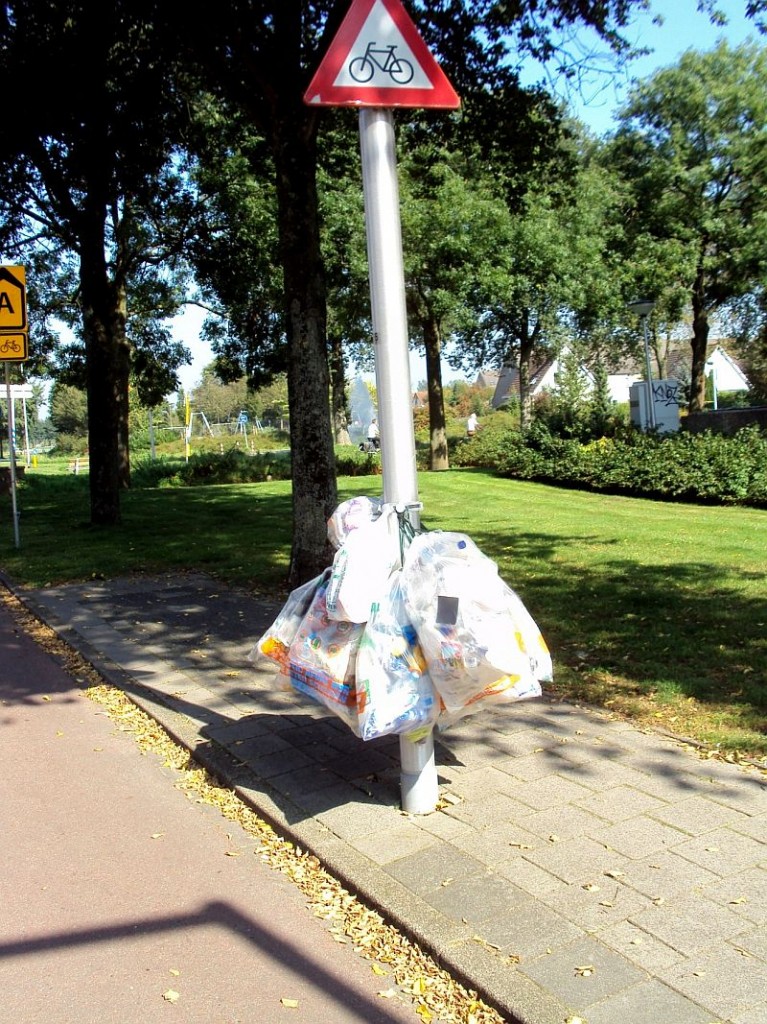 Here that band with knobs in use

Third step:
An old tradition is to separate waste. Almost every Dutchman has two dustbins. In the green ones goes all vegetable waste (will be turned into compost and becomes artificial dung); in the grey ones goes the “normal” waste. 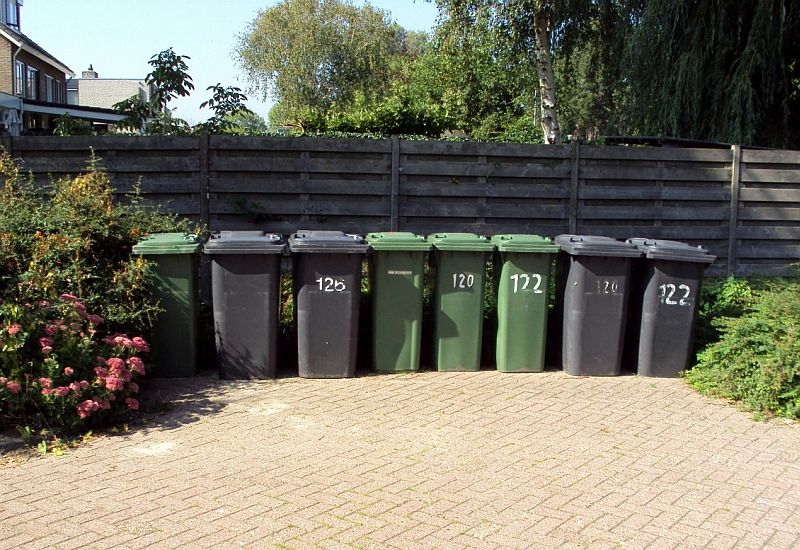 Fourth step
Also old papers and scrap metals are collected separately and recycled. This collection is usually done by volunteers. The collected waste generates money (from recycling companies). Many municipalities subsidize those volunteers so that the results supports the charity and the village associations.

Fifth step:
Furthermore they collect old glass (mainly bottles) separate (by colour) for recycling and textiles (like dresses – that can be re-used by the Red Cross). 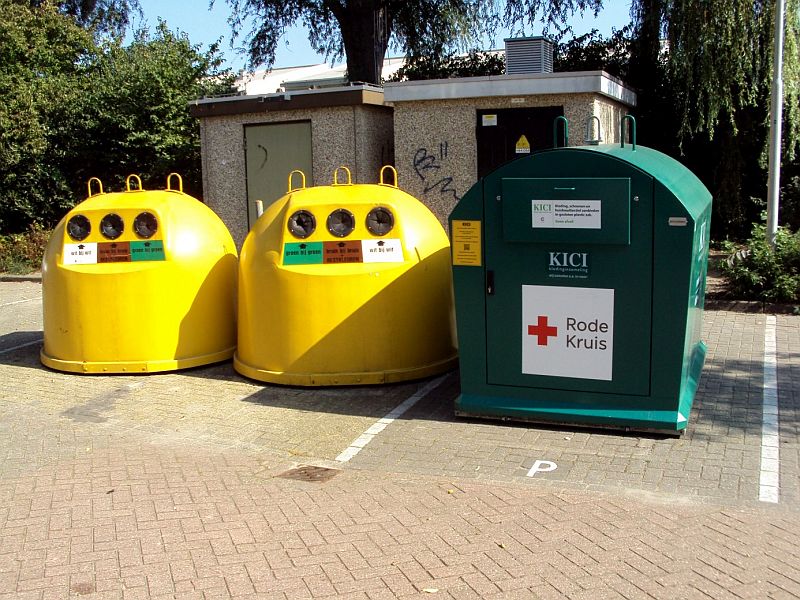 Note:
May be not all recycled material (plastics and metal) has a quality good enough for professional use. So the village thinks about re-using and a small part of it returns to the village in the form of public furniture. 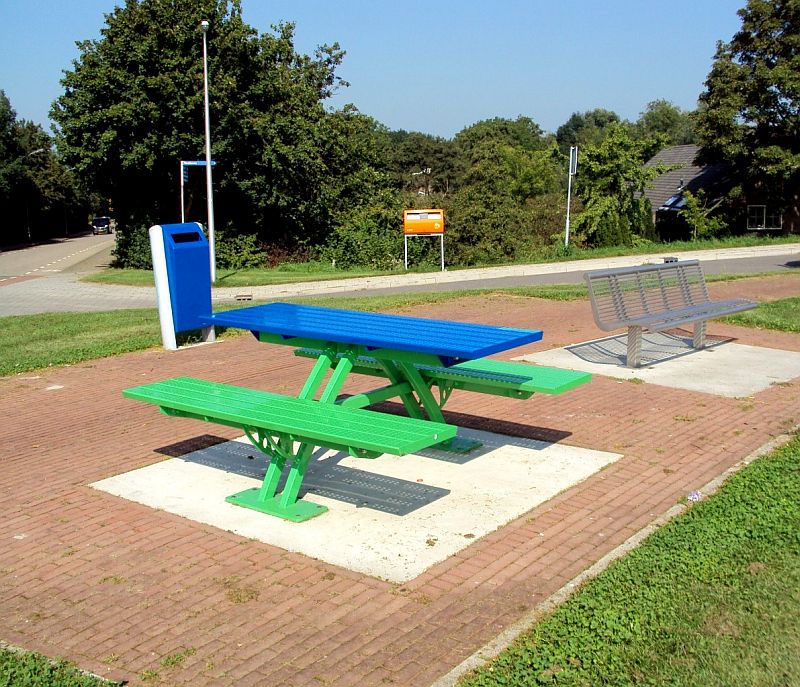 These traditions of the old villages, they think, have a moral value. When school children learn to throw their little waste in “blikvangers” they are less likely, as adults, to throw it out of their cars while driving.

May be this all comes from the tradition of taking care of the country given to you. They know, Wotan no longer drives on his horse over the villages to inspect if people take care on their lands. Also the Calvinist idea of the duty to take care of God’s gift does not function in most people anymore. Today they (in the country-side) say: what you own belongs to the children, so be a good caretaker. Well that is also a very good argument, is not it? 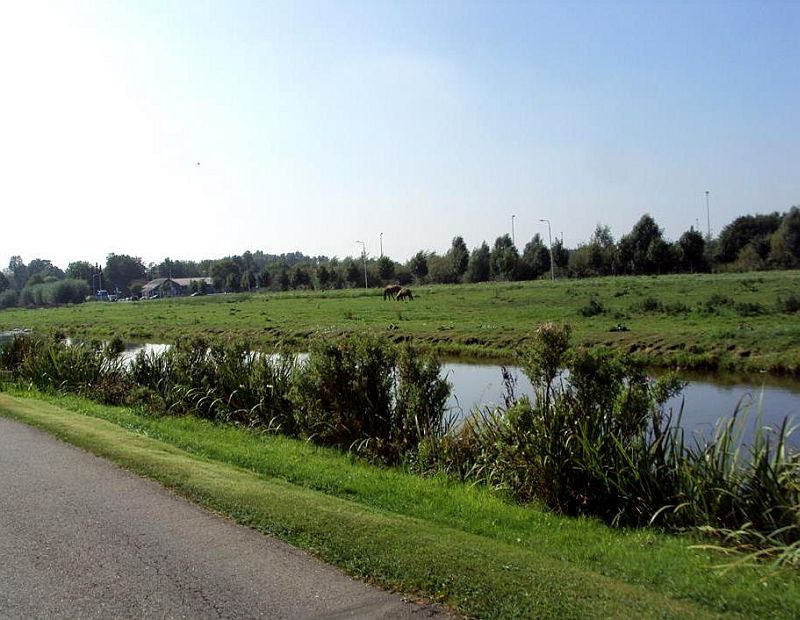 The last Meent of Lekkerkerk

As a nation the Dutch learned the price of their land. So taking care of it was always a duty. To landless people all villagers had the duty to provide land for them to use. So everyone had, next to his own lands the duty to take care of these “gemene gronden”. These “general lands” are called meent. From the ruling on them the Dutch “gemeenten” grew. May be that is where the idea of expressing our love for our country, this way, comes from. Seeing this tradition fading in our cities hurts the Dutchmen in the countryside.

History:
The Dutch as a nation have learned to appreciate the value of their land  and payed sometimes a bitter price for it. Taking care of it was always a duty. To support landless people everyone had the duty to take care of “common lands” to keep it available to them. So there was the general task, in addition to their own lands, to maintain the “common lands”. Those “general grounds” were called “meent”. The management and use of this lands ment the start of growing municipalities and communities. That way the Dutch “gemeenten” (villages) were founded.

Perhaps the idea “to express love to the home area” arose this way because the “us knows us.” The Dutch, more than other nationalities still have more love to “their” gardens, “their” villages and also to “their” provinces and less to “the” kingdom.
Seeing this tradition fading in the cities hurts the Dutch. (Many city-dwellers move to the countryside. This is different than in other countries where there is rural depopulation because people heading for the cities).

Pictures above were made in Lekkerkerk by Author. 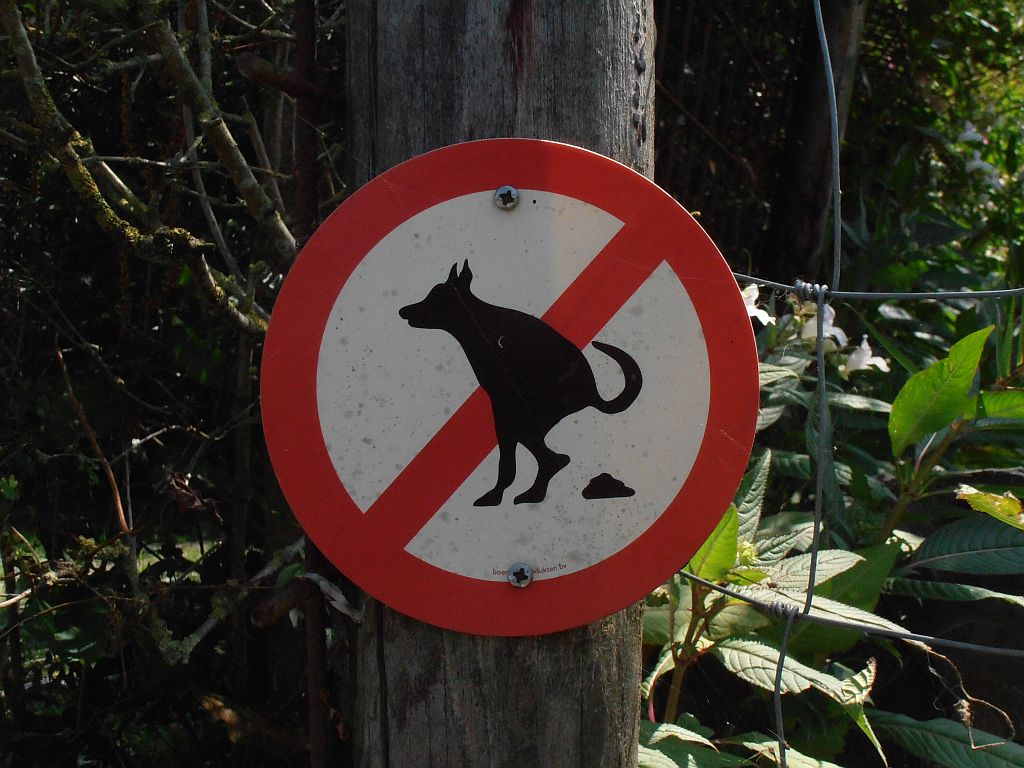 It is also a form of taking care of the environment. / Beeld: Renata Głuszek