The old province consisted of the islands Walcheren, Beveland, Schouwen & Duiveland and Tholen. In the forming of the kingdom some provincial boundaries were revised and the old “Staats-Vlaanderen” was added as Zeeuws-Vlaanderen to Zeeland.

The province is bordered in the north by the province of South Holland, in the east by the province of North Brabant, in the south to the (Belgian) provinces of Eastern- and Western-Flanders and in the west to the North Sea.
The capital of Sealandia is Middelburg. 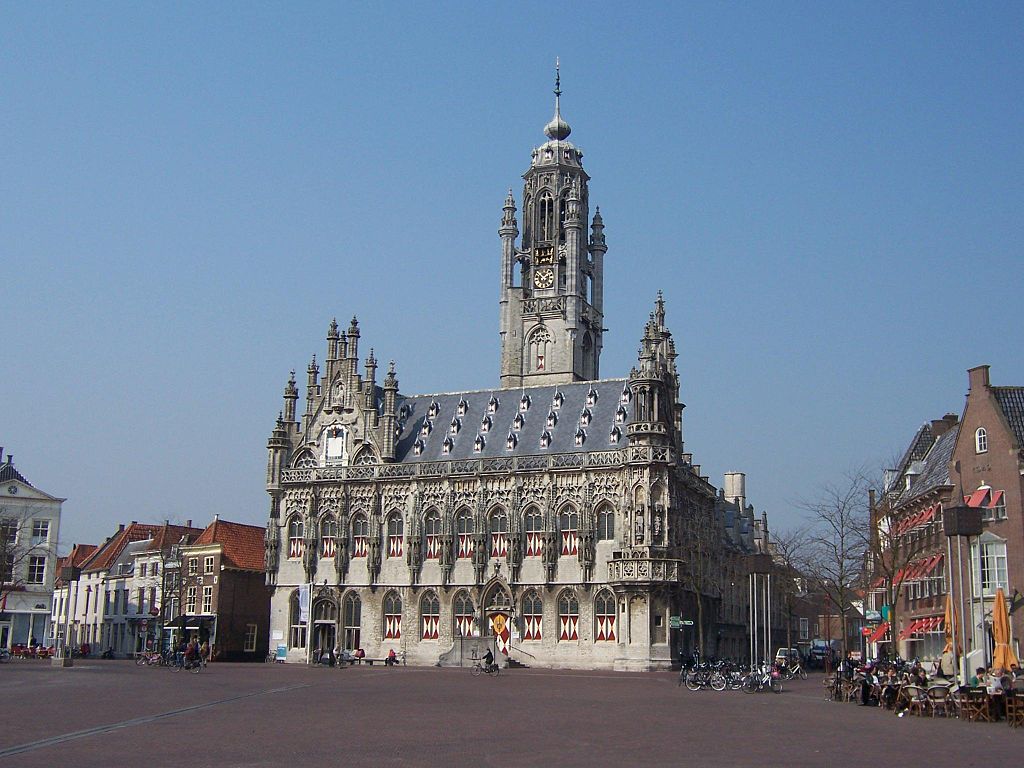 The province has a population density of 214 inhab./km2.

History
About 150,000 years ago, the history of man in Zeeland begun. This is evident from the discovery of a stone ax on the beach of Cadzand in Zeeuws-Vlaanderen.

That area is slightly higher than the rest of Zeeland. A long, sandy ridge runs from east to west. On that sand ridge are several objects found which shows that there were already people in Zeeland in early times. In Nieuw-Namen, in the east of Zeeuws-vlaanderen stone arrowheads found, dating from around 9,000 BC.

From 4,500 BC, there were probably farmers in Zeeland. A row of dunes, on some places interrupted by a river estuary, stretched around the year 0 along the coast. Behind it, to the sandy soils of Brabant, was one big bog intersected with creeks. Ranchers lived on the upper peat soils. They made their own pottery or got it from the Rhine region (around current Cologne) and Lorraine (on the border of France and Germany). 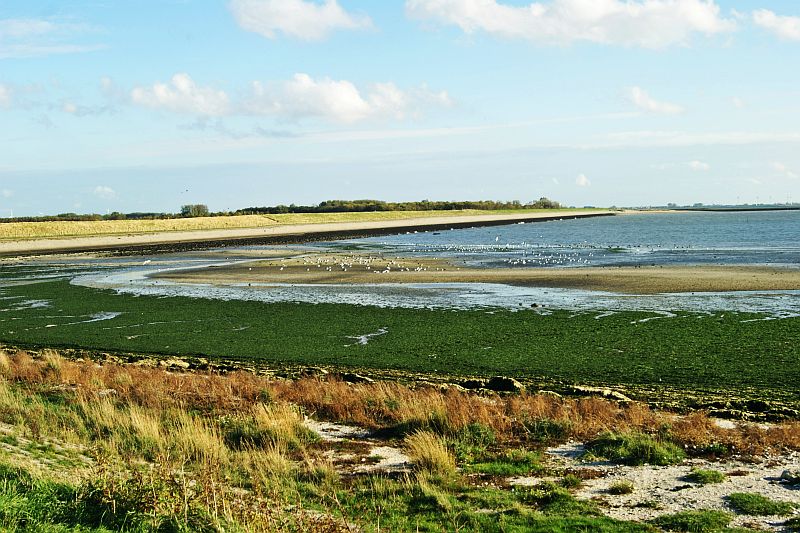 A road to the main land

Roman times
In Aardenburg in Zeeland they found a lot of material from the Roman times. That Romans came around the beginning of the Christian era to the Netherlands and left after a few hundred years. In that time, Domburg was an important place on Walcheren. From Domburg there was trade with places in England and in Western Europe.

After a violent storm in 1647 in Domburg from under the dunes remnants emerge of a temple dedicated to the goddess Nehalennia were seen. Stone altars were found given by merchants to the goddess in gratitude for their safe passage. From the river Oosterschelde much more remains from Roman times pulled up, including a number of Nehalennia’s sacred stones. 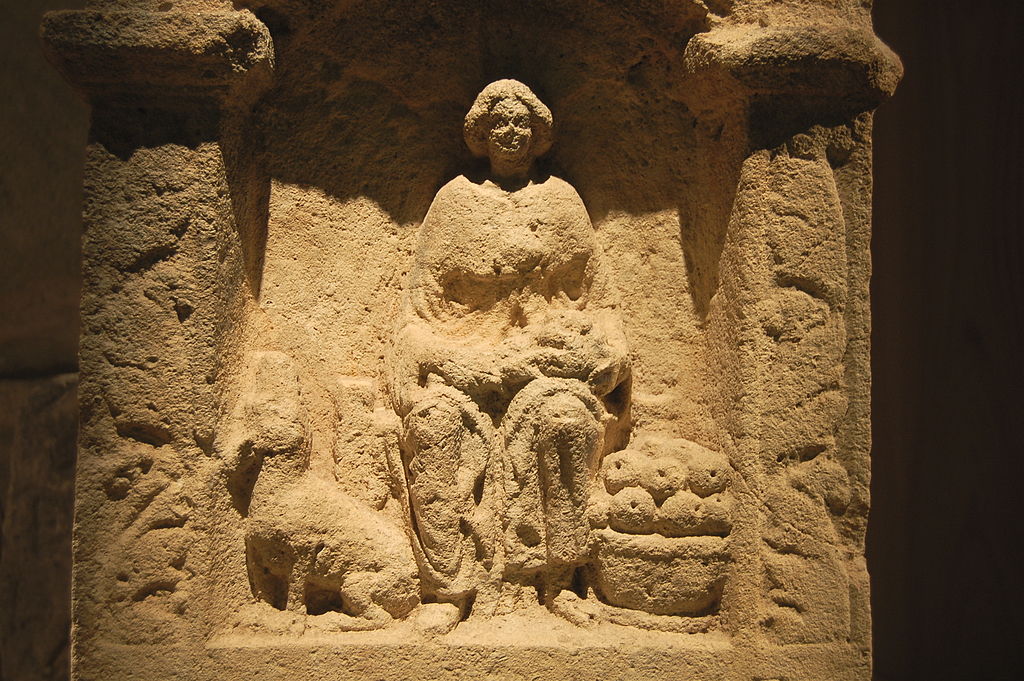 A holy sculpture of Nehalennia

Three centuries after Christ Zealand was largely flooded. On the occupation came to an end when, only in the dunes was live may be possible. From the 8th to the 10th century there was again an intensive trade with England and also, this time from the port of Domburg, then called probably Walacria. To that place is the island Walcheren is named.

Around 850 the Vikings (Danes) had Walcheren for some time in their possession. After their departure defensive castles were built in Oostburg, East Souburg, Middelburg, Domburg and in Burgh. These castles were a part of a defense that ran from the coast of France to Den Burg on the island Texel in North Holland.

Polders
From the 11th century the islands of Zeeland were slowly reclaimed. This usually was commissioned by Flemish abbeys that had large parts of the then “New” Sealand in their possession. Building dikes was a big chore, because the workers only had a spa and some baskets as tools.

Small islands grew by embankments together to form larger areas. On salty marshes sheep found food, by which the presence of sheep wool trade arose. Abbeys and monasteries, including the 12th century Abbey of Middelburg, had a strong influence. It were also the monks who laid the foundation for a well-designed argiculture.

Towns
Trade and thereby prosperity, rose. The population grew again. That led in the 12th and 13th century to the emergence of a large number of villages. A village was really a village when it had a church. Some villages grew even into towns. Middelburg received its city rights in 1217, from a Flemish Countess and the Count of Holland. At that time also came the water boards (Hoogheemraadschappen).

The 16th century, saw an economic prosperity, but also setbacks, battles, wars and floodings. For example, on November 5, 1530 (Saint Felix = evel Saturday) disappeared Noord-Beveland, Borssele and St. Philips country for decades under water. War was at that time the 80-years war for freedom from Spain. Middelburg fell in 1574 into the hands of William of Orange. The monks left after more than four centuries their Abbey and then the States of Zeeland (the provincial council) moved into that Abbey complex and remained there until today.

The arrival of many Flemings after the fall of Antwerp in 1585 (to the Spanish) gave social and cultural life a major boost. After that in Seeland, as in all the Netherlands, a “golden age” started. That is still visible by the number monuments in the cities like Middelburg, Veere, Zierikzee, Tholen, Vlissingen and Brouwershaven. 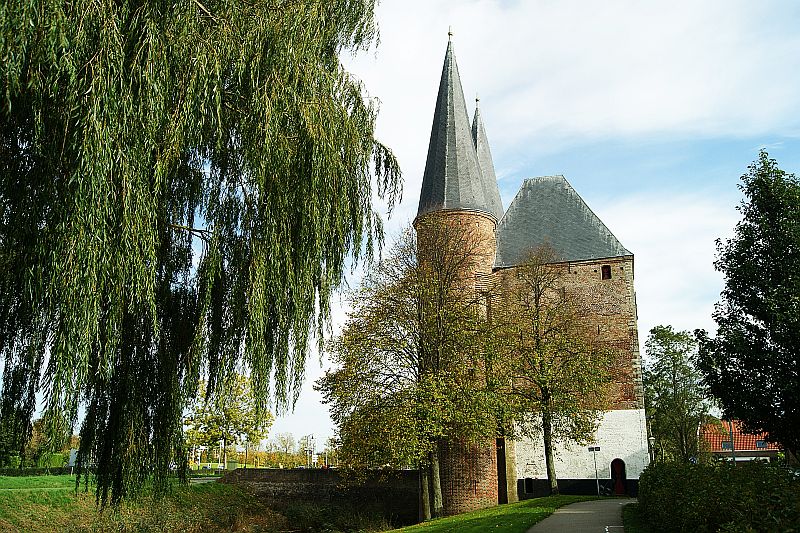 Downturn
In the 18th century the prosperity went backwards. The occupation of the Netherlands by Napoleon made that even worse. The French period (1795 – 1813) brought a lot of changes. Shipping on the Westerschelde was paralyzed and the cities in Zeeland impoverished. Trade was forbidden and hardly possible. Only the agriculture could maintain itself. When the French left, all the Netherlands were plundered and humble. From that time on all all cities became enormously demolished. The 19th century can rightfully be called the “demolition century”. The government tried to bring new life into the economy, but results came only slowly.

Modern times
In 1868 the railway line from Bergen op Zoom was extended to Goes and came in use. Five years later, it reached Vlissingen. Also the shipschannel though Walcheren and the harbour works in Vlissingen became ready. The shipbuilding company “De Schelde” was established, creating a lot of jobs in Vlissingen. Zeeland went quietly into the 20th century. The main changes were the coming of trams on Walcheren and later in Zeeuws-Vlaanderen and surroundings. In 1928 the island Tholen was connected by a bridge, over the river Eendracht, with Noord-Brabant.

World War II
The Second World War (1940-1945) also left its traces in Zeeland. A German bombing raid on May 17, 1940 destroyed much of the center of Middelburg*. The provincial fleet of ferries was completely lost. Vlissingen (Flushing) was the most bombarded city in the Netherlands. At the end of the war, there was only one house intact. in October 1944 the Allied forces bombed the sea-dikes of Walcheren. Thus ran Walcheren underwater, the Germans were expelled and the waterway to Antwerp was opened. During the war, Western Zeeuws-Vlaanderen was largely destroyed. Schouwen-Duiveland remained occupied until 1945.

* Today most people think, this bombardment was done by French troops from their positions in Zeeuws-Flanders by trying to stop the Germans. This idea is based on the position of non-exploded boms and the type of them. H.T.

Reconstruction
The reconstruction had, by lack of equipment and utensils, a very slow start. When the situation was similar again to that of befor the war, the big flooding of February 1, 1953 brought the province almost back to point zero.

By this disaster, in south-western Netherlands, 1836 people were killed and a large part of the Zeeland islands came  again under seawater. But that sad disaster caused the Delta Plan: new dykes and dams were constructed. In 1986 the storm surge barrier in the Oosterschelde was completed. 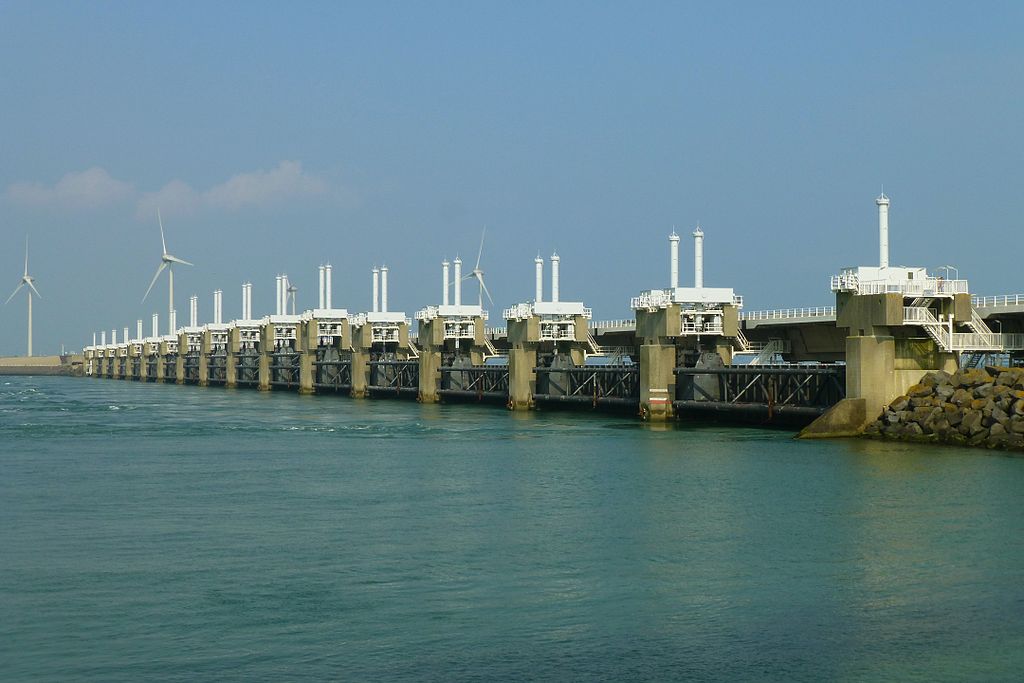 From the sixties of the past century, the industry, trade and transport in New Zealand has grown considerably. Not agriculture but the industrial and service sectors are the main sources of income today. 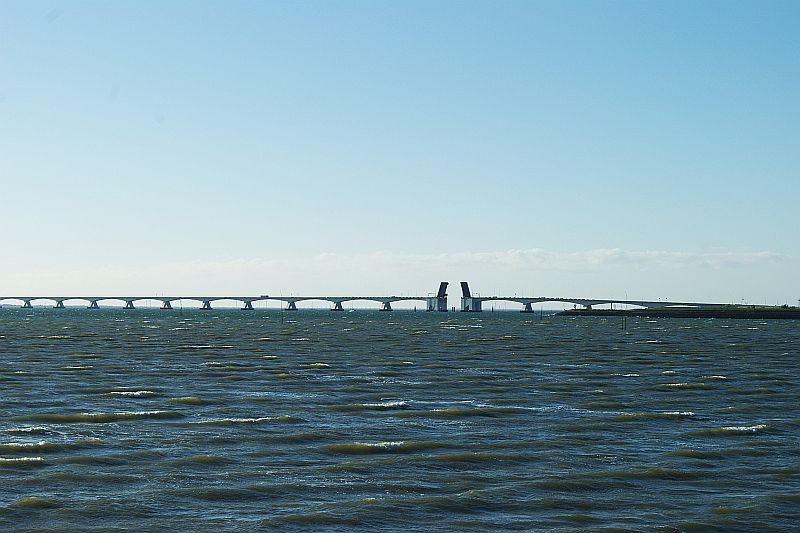 Zeelandbridge over the eastern Schelde (5.022 km)